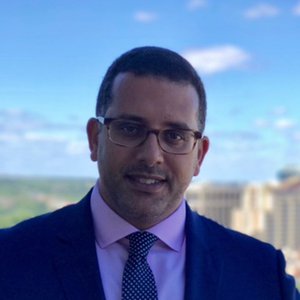 Ahmed Younis was an International Security program fellow at New America. He served as principal deputy coordinator and deputy special envoy of the Global Engagement Center at the U.S. Department of State. Prior to joining government, Younis served as a scientist at Argonne National Laboratories, assigned to the Department of Homeland Security as senior adviser for strategic engagement in the Office for Community Partnerships. From 2012/13-2015/16, Younis served as adjunct assistant professor and international ambassador for global ethics and social justice at the Paulo Freire Democratic Project in the College of Educational Studies at Chapman University. Younis served as a senior consultant for the Gallup Organization and senior analyst for the Gallup Center for Muslim Studies from 2007 to 2012. In 2009, 2010, and 2011, he was named as one of the 500 most influential Muslims globally. In 2011 and 2012, Arabian Business Magazine named Younis as one of the "Power 500" of the Arab world and one of the 500 most famous Arabs in the world. Younis also holds a JD from Washington & Lee School of Law (Lexington, Va., 2004) and a Ph.D in the philosophy of education (critical pedagogy). He was the 2016 recipient of the James L. Doti Outstanding Graduate Student Award, the highest academic honor for graduate students at Chapman University. His dissertation, American Muslim Conscientização: A Philosophy for Liberation, explores the process of Islamic legal reform in the development of American Muslim critical consciousness.