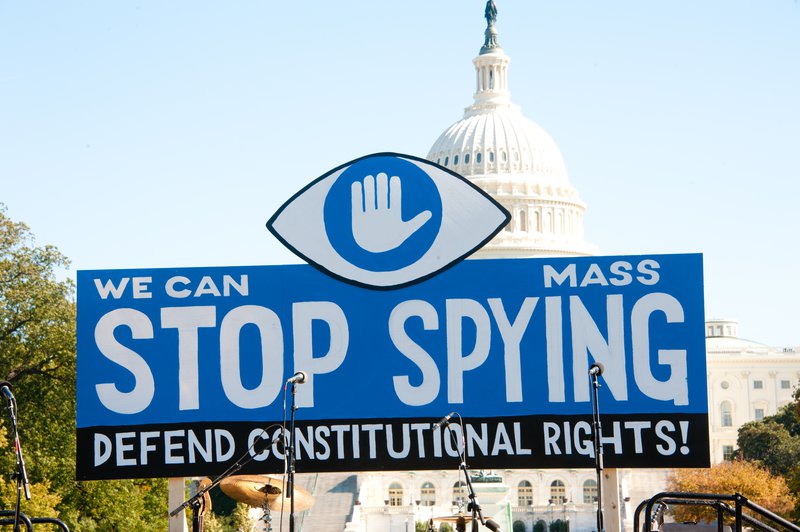 The letter is signed by over forty companies and groups, including the Reform Government Surveillance coalition of major Internet and computer companies like Google, Facebook, Twitter, and Apple, individual Internet giants like Mozilla and the Wikimedia Foundation, and a bipartisan mix of civil society organizations such as the American Civil Liberties Union, the Electronic Frontier Foundation, and FreedomWorks.

Congress is expected to consider surveillance reform legislation this spring because the USA PATRIOT Act provision that the NSA relies on for its bulk records collection program is set to expire on June 1st. In advance of that deadline, today’s letter urges members of Congress to oppose any efforts to enact surveillance legislation that does not contain major reforms. Specifically, the letter states:

Together, we agree that the following elements are essential to any legislative or Administration effort to reform our nation’s surveillance laws:

The letter further urges Congress to avoid adding any new mandates to the law that would be controversial and could derail reform efforts. Some members of Congress have previously voiced support for mandatory data retention by phone companies, while a few top law enforcement officials have recently suggested that Internet and computer companies should not be allowed to implement strong security measures for their customers such as encryption without being required to provide a backdoor for government access to users’ data.

“Our demands are simple: we want an effective ban on the bulk collection of records, the transparency and accountability tools necessary to make sure that ban works, and no new government mandates telling companies what customer data to store or how long to store it, or demanding that companies design their products to make them less secure,” said OTI Policy Director Kevin Bankston, who organized the effort. “There are some in Congress who think they can get away with reauthorizing the expiring provisions of the Patriot Act without any reforms at all. Today’s letter draws a line in the sand and makes clear that the privacy community and the Internet industry do not intend to let that happen without a fight.”

“There are certainly other reforms beyond those listed in this letter that many of us believe are essential, and so even a bill that meets all of our demands is unlikely to receive unanimous support from the tech and privacy communities,” Bankston continued. “However, our letter is intended to set the floor for the terms of the debate and make crystal clear that any proposal that fails to meet these basic criteria will face our unanimous opposition. It’s been almost two years since we first learned of the NSA’s bulk surveillance programs, and now is the time for Congress to pass strong reforms that will begin to restore trust—not only Americans’ trust in their own government but the world’s trust in the privacy and security of the data they store with U.S. companies.”