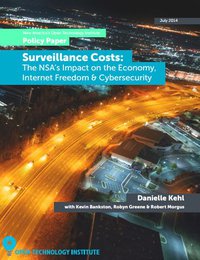 It has been over a year since The Guardian reported the first story on the National Security Agency’s surveillance programs based on the leaks from former NSA contractor Edward Snowden, yet the national conversation remains largely mired in a simplistic debate over the tradeoffs between national security and individual privacy. It is time to start weighing the overall costs and benefits more broadly. While intelligence officials have vigorously defended the merits of the NSA programs, they have offered little hard evidence to prove their value—and some of the initial analysis actually suggests that the benefits of these programs are dubious. Three different studies—from the President’s Review Group on Intelligence and Communications Technologies, the Privacy and Civil Liberties Oversight Board, and the New America Foundation’s International Security Program—question the value of bulk collection programs in stopping terrorist plots and enhancing national security. Meanwhile, there has been little sustained discussion of the costs of the NSA programs beyond their impact on privacy and liberty, and in particular, how they affect the U.S. economy, American foreign policy, and the security of the Internet as a whole.

This paper attempts to quantify and categorize the costs of the NSA surveillance programs since the initial leaks were reported in June 2013. Our findings indicate that the NSA’s actions have already begun to, and will continue to, cause significant damage to the interests of the United States and the global Internet community. Specifically, we have observed the costs of NSA surveillance in the following four areas:

The U.S. government has already taken some limited steps to mitigate this damage and begin the slow, difficult process of rebuilding trust in the United States as a responsible steward of the Internet. But the reform efforts to date have been relatively narrow, focusing primarily on the surveillance programs’ impact on the rights of U.S. citizens. Based on our findings, we recommend that the U.S. government take the following steps to address the broader concern that the NSA’s programs are impacting our economy, our foreign relations, and our cybersecurity: