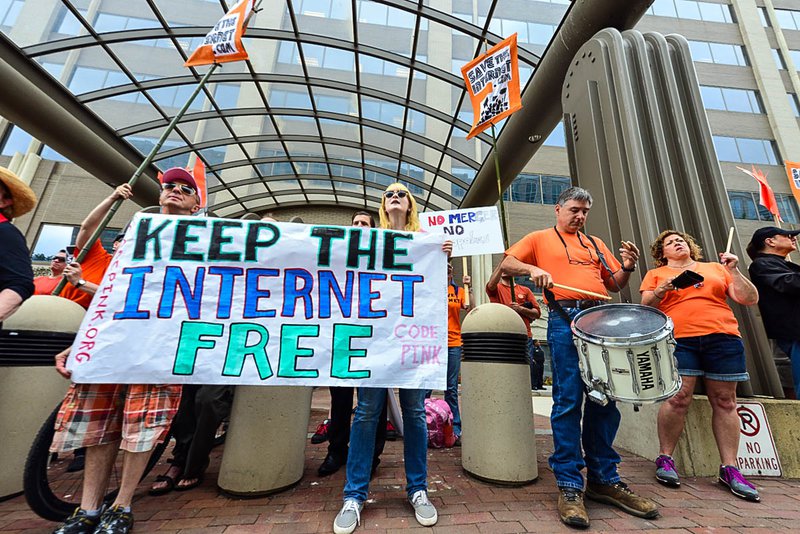 Today, the Mozilla and Ford Foundations announced they will be sponsoring their first class of Open Web Fellows in 2015, to begin building a new worldwide community of leaders who will advance and protect the free and open Web. New America’s Open Technology Institute is proud to be one of the first five host organizations chosen to participate in this new landmark initiative, which seeks to recruit technologists, hackers and makers to work with host organizations on a range of Internet policy issues, from privacy and security to surveillance and net neutrality. Today is the beginning of the application period for the Fellowship, which will be open until the end of the year at Advocacy.Mozilla.org.

And that’s not all. In addition to celebrating our inclusion in the Mozilla-Ford program, we’re also excited to announce the addition of two new adjunct fellows to the OTI family, Dorothy Chou and Liz Woolery, and the promotion of OTI Field Technologist Georgia Bullen to the new position of Senior Data Analyst. All of these new team members, including the Mozilla-Ford fellow that will be joining us next year, will be focusing much of their time on a key priority for OTI: making information flows on and around the Internet more transparent, by studying and better visualizing data about government censorship and access to user data both in the United States and globally.

Our vision for the Open Web Fellow’s work focuses on two projects—one that is well established and one that is still emerging. The first project is M-Lab, the planet’s largest open platform for network measurement tools for testing everything from network speed and latency to blocking and throttling. The second project, tentatively called the Transparency Reporting Toolkit (previously described as Transparency Reporting for Beginners), is focused on identifying, standardizing and promoting the best practices in Internet company transparency reporting on surveillance and censorship, both to encourage the practice of such reporting and to make the results of those reports more standardized so that they can be more easily compared, combined, and put to use as meaningful metrics.

With a Mozilla/Ford Open Web Fellow to help us standardize, visualize, popularize and make more useful the data we have from sources such as the M-Lab Internet network measurement platform and Internet company transparency reports, we hope to better educate the public and policymakers about threats to the open web. The Fellow will be working closely with Georgia Bullen, OTI’s new Senior Data Analyst in charge of managing our new Data Visualization project and our Civic Innovation project, to build innovative new tools for collecting, mashing up and visualizing data from M-Lab, company transparency reports, and elsewhere to teach us about how data flows on the Internet and between Internet companies and governments. That work will be informed by the research of our two new adjunct fellows, who will be working with us part-time on a variety of transparency, privacy and free expression issues.

Our first new adjunct fellow, Dorothy Chou, is a communications lead at Dropbox, where she’s responsible for strategy and outreach on corporate and policy issues. Prior to Dropbox, Dorothy spent over six years working at Google in a variety of public policy, government relations and communications roles. While there, she helped launch and develop Google's Transparency Report, and I’ve had the repeated pleasure over the years of working with her and participating on panels with her on that topic. In addition to transparency reporting, Dorothy managed a range of policy work at Google relating to China, free expression, child safety, government surveillance, consumer privacy and information security. Dorothy holds a B.S. in International Politics from Georgetown University's Walsh School of Foreign Service. Her work as an OTI adjunct fellow--which will reflect her views, not her employer’s--will focus on government and corporate transparency reporting; censorship through regulatory, social and technical controls; and the collateral impact of privacy and security policies and technologies on free expression. We’re particularly excited she’ll be researching and writing about the “Right to Be Forgotten”, one of the more timely and controversial privacy vs. free expression issues in the Internet policy space.

Our second incoming adjunct fellow, Liz Woolery (@lizwoolery), is no stranger to OTI--Liz spent her summer with us as a 2014 Google Policy Fellow, researching the current state of the art in transparency reporting as part of our Transparency Reporting Toolkit project and presenting that research at Citizen Lab’s Summer Institute. Liz is soon to complete her Ph.D. at the University of North Carolina-Chapel Hill's School of Journalism and Mass Communication, where her research focuses on First Amendment issues, particularly the intersection of digital free expression and privacy. Her dissertation, “Cell Phones, Drones, and the New Town Square: The First Amendment Right to Gather Information in Public Places,” addresses one increasingly pressing issue at that intersection. Liz previously interned with the Berkman Center for Internet and Society's Chilling Effects Clearinghouse in 2013, and works closely with the UNC Center for Media Law and Policy as a blogger and outreach coordinator. She received her M.A. in Media Studies from Syracuse University’s S.I. Newhouse School of Public Communications and her B.A. from Beloit College in Beloit, Wis.

I can’t say how excited we are to have these exciting new additions to the OTI team, and we’re especially grateful to the Mozilla and Ford foundations for helping to recruit the next generation of technologists for the Internet policy space. If you’re a technologist with a passion to protect the open Web, the Internet policy community needs you! So apply today at Advocacy.Mozilla.org.