The "Smart Wall" Relies on Invasive and Ineffective Experimental Technology. There's Nothing Smart About That. 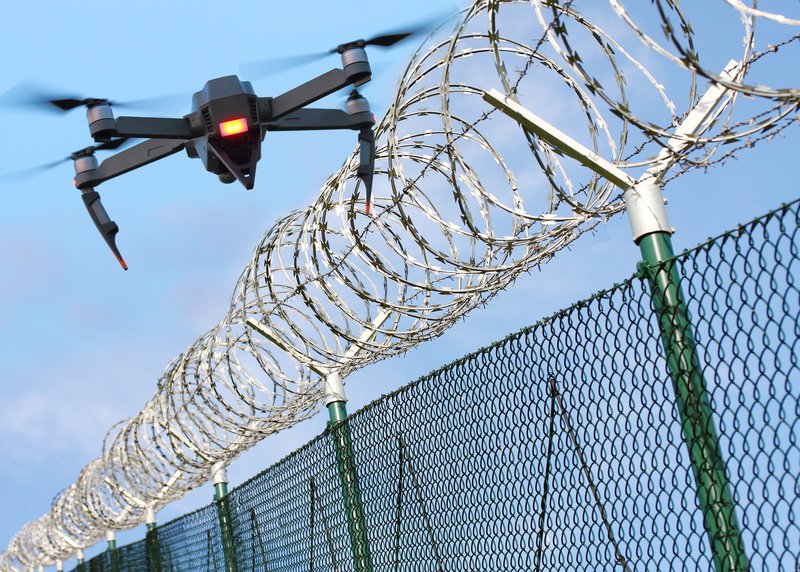 For most Americans, hearing about “The Wall” may conjure up imagery of a towering and impenetrable cement barrier or an imposing chain-link fence topped with barbed wire. In reality, the wall running along the southern United States border is a metal menace equipped with experimental technologies most of us have a hard time envisioning. Underground sensors detect movement and trigger notifications to border patrol. Cameras and motion-detecting lights line the wall as remote video surveillance towers capture movement miles away in the desert. And Customs and Border Patrol (CBP) is expanding the use of facial recognition technology—currently in use at airports—to land crossings. Our border is already a "smart wall.” Now, the Biden administration would like to make it “smarter.”

On the heels of the Trump era, in which American immigration policy was synonymous with “build the wall,” President Biden has the opportunity to refocus the conversation and approach immigration with the humanity and nuance it demands. Indeed, Biden acted swiftly upon entering office by signing three executive orders with the goal of undoing former President Trump’s highly scrutinized “zero tolerance” policy, which led to immediate detention and separation of families. But the border wall itself cannot be overlooked as part of the administration’s plan to address the “moral failings” of their predecessors. Although the smart wall that the Biden administration is pushing has bipartisan support and is touted as a "smart, just, and merciful" alternative to "primitive and ineffective" traditional walls, this approach only further propels American immigration policy into technological experimentation and makes asylum seekers and migrants the subjects of that experimentation.

On July 13, the House Appropriations Committee advanced a $475 million Department of Homeland Security funding bill to support Immigration and Customs Enforcement (ICE)’s “Alternatives to Detention” (ATD) program, going beyond the funding level that the Biden administration itself had sought. Though in name ATD sounds like a paradigm shift from previous administrations, ATD perniciously grants ICE more supervisory control over immigrants, subjects individuals to unscheduled visits, confines them to ankle monitors, and uses facial recognition and voice check-in systems. The bill further allocates $21 million toward a planned database for storage of iris scans, facial images, fingerprints, and other biometric data of immigrants. Other funds go toward unmanned aircraft and border technologies which collect license plate information and capture photographs of vehicle interiors. These whopping investments in a more robust border surveillance network run entirely counter to Biden’s stated desire of creating a humane and effective immigration system. The American immigration system will not be made more humane by relegating its management to technology, nor will efficiency come from flawed technologies that pose major privacy and human rights risks.

Simply put, facial recognition is a faulty technology that frequently fails to deliver on its intended purpose, a fact that a U.S. government agency, the National Institute of Standards and Technology (NIST), has acknowledged. Facial recognition is known to wrongly identify people of color, women, and persons with disabilities, which would make already marginalized groups even more vulnerable to being mistakenly deemed security threats. The U.S. ground sensor technology has its shortcomings as well, mistakenly sounding alarms when rocks fall or a cow roams past. And it is crucial to recognize that investment in these technologies drain resources that could be better spent addressing the much-needed humanitarian response to migration.

The normalization of technology as a solution to migration creates a fertile environment for surveillance overreach. In June, CBP began deploying a surveillance app that uses both geolocation data and facial recognition to collect, track, and store data on asylum seekers prior to their arrival in the United States. NGOs send biometric information to CBP via the app, which then uses facial recognition to determine if the asylum seeker is permitted entry into the United States. For asylum seekers who have been impacted by the “Remain in Mexico” protocol, which requires them to stay in Mexico and await an immigration hearing prior to entering the United States, the CBP One app is the only option for advancing their case. As the Los Angeles Times reports, “But with the border still closed to nonessential travel, the process by which NGOs identify asylum seekers and request permission for them to enter—now, through CBP One—is, in reality, the only option available." Consequently, NGO advocates have no choice but to hand over migrants’ personal data to the app despite privacy concerns.

Relying on facial recognition is particularly problematic due to its inaccuracy, as OTI and other advocates have repeatedly pointed out. And many Congress members agree—a group of them reintroduced a facial recognition moratorium bill supported by OTI and other advocates in June. House Homeland Security Committee Chairman Bennie Thompson (D-Miss.) has also questioned facial recognition tools, noting that they are "even more unreliable and racially biased than we feared," and calling for a reassessment of its use throughout the country and at border sites before expanding it back in 2019. Sen. Ron Wyden (D-Ore.), has also repeatedly criticized the technology’s use, stating that “any company or government that deploys new technology has a responsibility to scrutinize their product for bias and discrimination.” But CBP has not appeared to conduct any such scrutiny before rollout of the app. The agency failed to issue a public privacy notice prior to rollout, and in a February 2021 press release announcing its use, neglected to mention how the app would be used on asylum seekers.

President Biden’s "Plan for Securing Our Values as a Nation of Immigrants" calls for “effective border screening” and “smart border enforcement efforts, like investments in improving screening infrastructure at our ports of entry.” But we need not look further than the European Union (EU) to understand how unreliable technologies can harm vulnerable immigrant populations. The EU has deployed a number of experimental border policing technologies, such as artificial intelligence face scanners that analyze micro expressions to determine lies. These tools not only give rise to concerns about privacy, but they also are ineffective.

Frontex, Europe’s border agency, has been accused of contributing to migrant deaths by investing in surveillance technology rather than fortifying their humanitarian response to those in distress at sea. In pursuit of a fully-autonomous border surveillance system, investments in drones have come at the expense of humanitarian investments in search and rescue sea vessels, which have an obligation under international law to intervene upon detection of distressed migrant boats. These unmanned drones carry no such legal obligation, resulting in an evasion of international law duties via these surveillance technologies. Unlike sea vessels, autonomous drones are unable to perform critical and timely rescues, a detriment to those already in peril. In addition to being invasive and inaccurate, these technologies have not eased migrant flows. The Western Mediterranean and Central Mediterranean routes, two of the busiest and deadliest in the world, have experienced a 43% and 165% increase in crossings in 2021, respectively. Deaths on the Mediterranean saw a 28% increase compared to the same period of 2020, and while these numbers cannot be attributed solely to the technology, it is not clear that the tech is helping to either slow down migrant flows, or to make migration safer.

On both sides of the aisle, legislators seem convinced that a smart wall is "effective, efficient and humane." But there is little evidence that the technology improves efficiency and effectiveness in our system, and it is difficult to imagine how tech tools that are inaccurate and disparate in impact could possibly be  effective in managing the flow of migrants. Border arrivals are at a new record high, with June seeing the highest level of arrivals in 20 years. The new administration’s response has been one of deterrence, with Vice President Kamala Harris stating, “Do not come. Do not come. The United States will continue to enforce our laws and secure our border". However, the militarization and technological experimentation at the border has yet to bear efficacy in deterring migrants from arriving. Likewise, individuals will continue to pursue the right to asylum afforded to them under law.

There is no humanity in subjecting immigrants to invasive technologies that target them as security threats, particularly as many are fleeing conflict, escaping environmental disaster, or risking their lives in pursuit of a better one. To avoid detection by border patrol agents, surveillance towers, and remote cameras, migrants resort to remote routes in the desert, resulting in avoidable deaths. As of May, Border Patrol agents near El Paso, Texas alone have found 203 bodies. And 2021’s summer months have seen unprecedented heat indexes as climate change continues to worsen, making desert transit even more perilous. With more remote migration routes, organized crime routes become more elusive too. These technologies and border investments are not making the country safer, and they certainly aren’t making immigration more effective or humane.

President Biden has pledged to halt construction of the border wall. To pursue the humane approach to immigration he promised, the President must next halt further investment in the smart wall. A “smart” approach does not rely upon faulty technology, neglect a much-needed humanitarian response to immigration, or subject those in peril to invasive, discriminatory procedures. Respecting the dignity of immigrants by committing to a fair, humane process and keeping our border secure are not mutually exclusive goals. As we steer away from the violence of separating parents from their children and placing them in detention, we must understand that the smart wall is only an extension of the disproportionate surveillance of communities of color and the violence that they face. $1.2 billion of experimental technology won’t fix that.