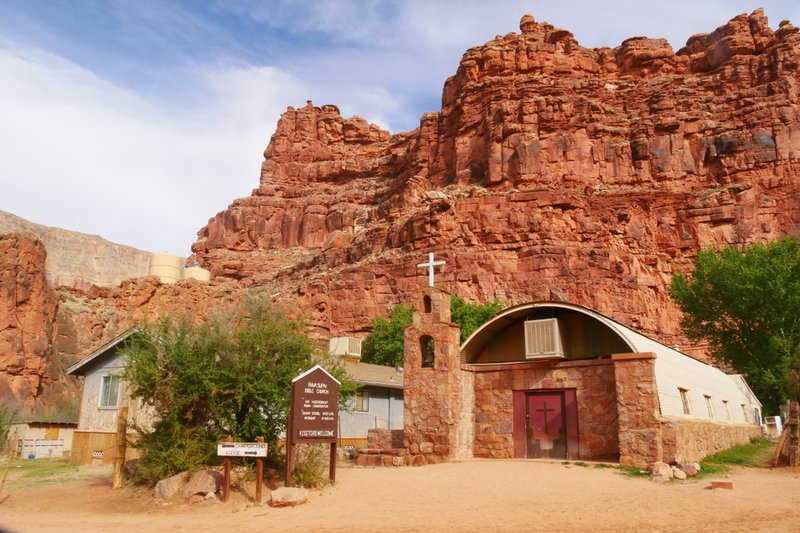 In the Navajo Nation, Chinle High School valedictorian Keanu Gorman shares a trailer home with fleeting electricity and no laptop with his grandmother and great grandmother. The night before his interview with author Michael Powell for the book Canyon Dreams, Gorman stayed up late completing an essay on his mobile phone. It was his only connected device.

The Navajo Nation is one of 574 federally recognized Tribes in the United States, each facing unique challenges to broadband access at a time when connectivity has proven essential for distance learning, telehealth appointments, meetings over video platforms, connecting to remote work, and much more.

Kids completing homework late at night on mobile phones decades after the United States “charged itself with moral obligations of the highest responsibility and trust” toward Native Nations is unacceptable. This trust responsibility requires the federal government to carry out mandates of federal law with respect to Native Nations. To close the digital divide that leaves 18 percent of tribal reservation residents without home internet access, the federal government must work together with Native Nations to design solutions that meet the particular needs of their communities to ensure broadband access for those living in tribal lands.

Many Native Nations still suffer the effects of centuries of exclusion from access to essential resources. Further, barriers to expanding internet access include remote geography and rough terrain. To help combat these challenges it is critical to increase Native Nations’ political representation, lower high broadband prices, and support innovative solutions such as the priority filing window for public airwaves. Every Tribe is unique, and the federal government must explicitly support and include Native Nations in funding and decision making to collaborate on solutions and provide Tribes with resources needed to build their own broadband networks.

The Havasupai Tribe, located at the bottom of the Grand Canyon, offers one example of many. Only 20 percent of students at the federally operated Havasupai Elementary School graduate from high school. Havasupai Elementary School is the only school on the Havasupai Reservation and only goes up to the eighth grade, requiring 14 year-old students to attend a boarding school away from their families. This is a clear failure of the federal government to live up to its federal trust responsibility.

To address these challenges, a local community college partnered with the Tribe to establish online GED classes. But with students unable to access the internet at home, the first year of the program had no graduates. Shortly after, a company called MuralNet partnered with the Tribe to help them utilize public airwaves to access the internet. Public airwaves, or spectrum, are a range of electromagnetic frequencies used to transmit and receive information. The Federal Communications Commission (FCC) divides spectrum into “bands” of frequencies and allocates the bands for purposes such as WiFi, broadcasting, or mobile.

In 2018, the FCC granted a temporary permit for the Tribe to use spectrum in the 2.5GHz band. The Tribe used this permit to get high-speed internet via a private LTE network in the reservation’s remote location, allowing students to access online GED and community college classes. A group of seven students on the Havasupai Reservation enrolled in GED courses provided by Coconino Community College located in the nearby city of Flagstaff, Arizona. This was the first online, live, and interactive class on the Reservation.

According to Chairwoman Ophelia Watahomigie-Corliss, the Havasupai Tribe established high-speed internet in the village within five days of the license approval. In 2019, the FCC granted the Havasupai Tribe a permanent license to the 2.5GHz band. The LTE network provides new education, health, and emergency service opportunities critical to the Havasupai Tribe.

The success of this model, and advocacy from other Tribes, civil society, and Congress, resulted in the FCC opening a priority filing window for tribal communities to apply for licenses in the 2.5GHz band prior to a commercial auction. This was an opportunity never before offered to Native Nations and is a prime example of solutions designed with Native Nations to combat unique challenges.

In addition to the federal government working collaboratively with Native Nations, the government can meet broadband challenges by providing Tribes with resources needed to build their own solutions. Research from OTI establishes that community and tribal broadband networks deliver higher-quality and more affordable internet to unserved or underserved communities. As an example of a tribal broadband network, the Gila River Indian Community owns Gila River Telecommunications which offers voice and broadband service to every resident of the reservation.

Gila River Indian Community covers just over 370,000 acres just south of Phoenix, Arizona. When the COVID-19 pandemic began, residents on the reservation needed broadband to get kids online for school, attend meetings, and connect with loved ones. Gila River used funding from the CARES Act to install more wireless internet and develop vehicles that act as mobile hotspots when parked near schools and community centers.

The Gila River Indian Community was not the only community to create mobile hotspots near schools and community centers, as OTI research previously detailed. The E-Rate program provides funding for mobile hotspots at schools and libraries for families to access brief windows of time to use the internet. This idea has expanded beyond schools and community centers. Several communities are working to equip WiFi on school buses to provide kids an opportunity to work on homework during some students' hours-long commute. Limited hours, weak connections, and E-Rate rules that prohibit funding for home internet access makes this an imperfect long-term solution. However it temporarily helps meet a need for students who have no other option.

Affordability is another challenge that tribal communities must face to ensure broadband connectivity on tribal lands. While some communities may have access to broadband, the price of connectivity can be a significant barrier to get families connected. This is especially true on tribal lands. For example, the price of connectivity on the Navajo Nation is more expensive than elsewhere in the country by $21.70 to $44.01 per month, on average. Further, only four of 190 Navajo Nation chapters OTI surveyed have access to plans that meet the FCC’s definition of broadband, with only one plan of 450 advertised below $50 per month. This is not an affordable option for many families, let alone families in the Navajo Nation where the current unemployment rate is 48.5 percent and average household income is $8,240.

While the FCC’s Lifeline program provides a $25 monthly subsidy for households participating on tribal lands, $25 just doesn’t cut it when the average monthly cost for internet service in the Native Nation is $127.51.

Not only are these funds insufficient, they are constantly under threat. In 2017, the FCC approved an order eliminating the $25 tribal benefit for urban residents and banned wireless resellers from offering Lifeline-supported service in tribal areas. The elimination of the enhanced money for Native Nations ended support to those on tribal lands and the wireless reseller ban eliminated a majority of Lifeline’s tribal providers. In 2019, the FCC order was struck down by the D.C. Circuit Court of Appeals, which ruled the decision as “arbitrary and capricious.” Moving forward, the federal government must work with Native Nations to determine what appropriate support looks like to meet the needs of Lifeline participants in tribal areas.

Recently, the FCC opened enrollment in the Emergency Broadband Benefit (EBB). EBB is a new federal program that provides qualifying low-income households up to $75 for internet service in tribal areas. This is a huge step forward. However, the program will end six months after the Secretary of Health and Human Services declares an end to the pandemic or when the program’s $3.2 billion has been exhausted, whichever is sooner.

Most importantly, federal and local governments need to hire Indigenous people to ensure representation and participation in policy development and program implementation. The confirmation of Interior Secretary Deb Haaland, a member of the Pueblo of Laguna, was a critical first step to improving federal policy that will be shaped with Native Nations.

Prior to her position as Secretary of the Interior, Haaland was one of the first Indigenous members of Congress. Looking at Congress as an example, 23 percent of the U.S. House of Representatives and Senate members identify as Black, Hispanic, Asian American and Pacific Islander, or Native American. More specifically, there are only six American Indian and Alaska Native members of the Senate and White House. The current 23 percent makes this Congress the most racially and ethnically diverse in history, despite falling far short of the 40 percent that would reflect the country as a whole.

Congressional staffers are even less diverse. Only 11 percent of top Senate staff positions in members' personal offices are held by people of color. New America found that in 2019, American Indian and Alaska Native staffers represented under one percent of staffers overall. Further, a study conducted by Dr. James Jones estimates that in the summer of 2019, the House of Representatives’ intern class was 0 percent Native American. Congressional staffers vary in responsibilities. Some work as caseworkers to help constituents navigate federal programs and others help craft the policies that ultimately become federal law. It is difficult for policies to adequately address the challenges of a diverse country without ensuring people who draft policies are familiar with the unique challenges a community faces. Further, it is imperative that community members are involved in the implementation of Lifeline, the 2.5GHz priority filing window for Tribes, and the Emergency Broadband Benefit to ensure programs are actually accessible by those they are designed to benefit.

OTI research illustrates how inattention to equity issues and a lack of workforce diversity in the technology sector contribute to inequitable outcomes. This research shines a light on examples of marginalized communities being negatively impacted by technical change in areas such as criminal justice, employment, and housing. Recommendations include deliberately building equity considerations into the development process and consulting with community representatives and advocates to gain feedback from diverse perspectives—principles that apply just as well to policy development.

There is no one prescriptive fix that will connect all Native Nations. Instead federal, state, and local governments must work with Native Nations to achieve broadband connectivity that fits their community, with Indigenous people directly involved in the creation and implementation of programs designed to create solutions to meet their unique needs.