Remembering the lessons of the crypto wars 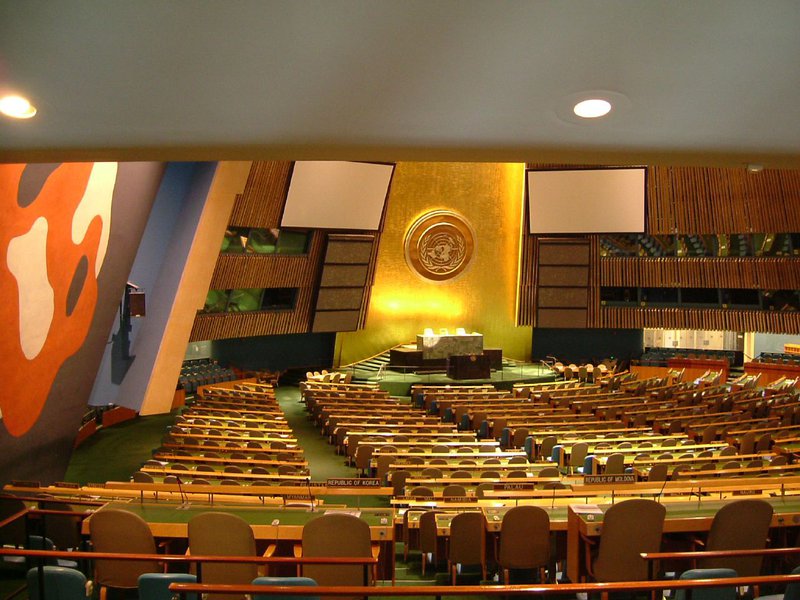 In January, Prime Minister David Cameron made headlines when he threatened to “ban encryption” in the UK. In an interview just a few days after the Paris terror attacks, Cameron made the case for surveillance backdoors, suggesting that there should be no "means of communication" which "we cannot read." His comments fueled an ongoing debate between lawmakers, technology companies, and privacy advocates in the post-Snowden era about whether or not consumers should have access to strong encryption technologies that government investigators cannot break.

In the midst of it all, David Kaye, the United Nations Special Rapporteur on the protection and promotion of the right to freedom of opinion and expression, announced that his 2015 report to the Human Rights Council will address the use of encryption and anonymity in digital communications. He called on states, corporations, and civil society organizations to provide input on the relationship between encryption and free expression as he formulates the report, which will be presented in June. In response, OTI submitted comments explaining why we think access to encryption is fundamental to protect rights like privacy and free expression in the digital age.

Our comments look back on the history of the "Crypto Wars" of the 1990s and the lessons from that period that still apply today. During the Clinton Administration, policymakers and advocates debated the tradeoffs related to the proliferation of encryption technology both in the United States and overseas, and ultimately concluded that the positive benefits of encryption outweighed any potential negatives. The conflict was largely prompted by Administration’s 1993 “Clipper Chip” proposal — a small computer chip that could be inserted into consumer devices like cell phones to ensure that the government could access encrypted communications when they had a warrant or wiretap order. After a groundswell of opposition from privacy advocates, industry representatives, and prominent politicians, the proposal was abandoned in the mid-1990s. Around the same time, the Clinton Administration announced that it would relax export restrictions on products containing strong encryption, the beginning of a broader trend of liberalization of encryption export controls that continued throughout the 1990s and beyond.

There were four main arguments about the benefits of strong encryption that won the Crypto Wars, and we believe they are still relevant today:

The rapid growth of the Internet and the information economy after the end of the Crypto Wars illustrated the clear benefits of strong encryption. Many of the major titans of the Internet economy were founded in the five-year period immediately following the demise of the Clipper Chip proposal — including Ebay, Paypal, and Amazon, whose business models depend on people being able to conduct secure transactions online. Cryptographic innovations laid the groundwork for the emergence of services like online shopping, e-banking, and electronic health record systems. Today, technologies that rely on encryption are embedded in many of the products we use every day, including smartphones, home routers, and media streaming devices.

As the information economy has grown rapidly in the past two decades, the human rights and free expression benefits of open and secure Internet access have also become clear. That’s why support for strong encryption has also become an integral part of U.S. foreign policy related to Internet freedom in the 21st century. The U.S. government now provides millions of dollars in funding for circumvention tools and other programming that supports free expression, much of which relies on strong encryption.

Unfortunately, the ability to use strong encryption without surveillance backdoors has come under threat recently. The Snowden disclosures ignited a back-and-forth about encryption and individuals’ right to shield their private communications from government surveillance. In response to pressure from consumers and advocacy groups, the use of strong encryption in commercial products has accelerated in the past year and a half: in addition to high-profile announcements by Apple and Google, the list of companies adding more encryption to their products and services is growing steadily. But the trend toward greater use of encryption has also prompted law enforcement advocates here in the U.S. to return to past arguments that these technologies will exacerbate the “going dark” problem and frustrate some criminal investigations.

In the end, we think that policymakers should remember the lessons of history, so that we’re not doomed to repeat them. In our filing, we urge the UN Special Rapporteur to reiterate the benefits of encryption and defend its role as in protecting privacy and promoting free speech in the digital age. We point to the established legal and practical norm in the United States premised on the Crypto Wars’ conclusion that encryption is good for security, liberty, and economic growth. The President’s own Review Group on Intelligence and Communications Technologies — a panel of five experts commissioned by the President to make recommendations in the wake of the Snowden leaks — recommended in December 2013 that it should be the official policy of the U.S. government to promote security by “(1) fully supporting and not undermining efforts to create encryption standards; (2) making clear that it will not in any way subvert, undermine, weaken, or make vulnerable generally available commercial encryption; and (3) supporting efforts to encourage the greater use of encryption technology for data in transit, at rest, in the cloud, and in storage.” We encourage the UN Special Rapporteur to make a similar recommendation to all UN Member States in his forthcoming report, emphasizing that governments can play a significant role in increasing the use of encryption, rather than attempting to thwart it.

OTI was not alone in reminding the UN Special Rapporteur about the value of strong encryption. Privacy and human rights advocates including Human Rights Watch, the Electronic Frontier Foundation, the American Civil Liberties Union, and the Center for Democracy & Technology also submitted comments this week.

Read our full filing to the UN Special Rapporteur here. For more on the latest developments in the crypto debate, see our bibliography of major announcements and OpEds since September 2014.