The Homework Gap Leaves Students Further Behind During a Public Health Crisis. Policymakers Should Act Immediately.

Policymakers must act swiftly to address the gap that has left millions of American students at home for school without internet access using the FCC’s Universal Service Fund and E-Rate program. 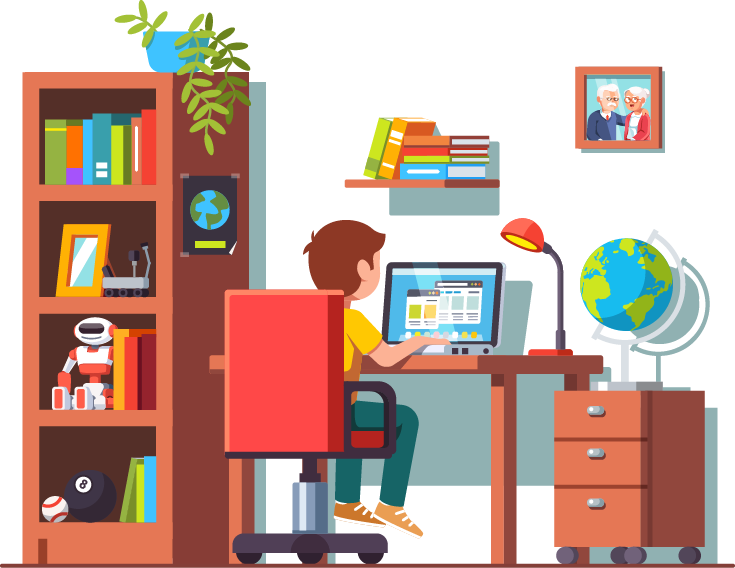 Schools in a majority of states across the country have closed in an effort to quell the spread of the novel coronavirus. As these schools move to online or other remote learning strategies, it has exposed the gravity of the “homework gap” that leaves millions of U.S. students without broadband access at home and at a consistent disadvantage in testing and learning.

The closure of schools, libraries and—in an increasing number of localities—even retail outlets such as Starbucks and McDonald’s where students might have otherwise sought free Wi-Fi has brought the harsh nature of the homework gap front and center for millions of American students.

As Congress considers relief funding packages and the Federal Communications Commission (FCC) considers regulatory actions, both entities must act immediately to address this inequity before it leaves millions of lower-income and rural students further behind.

The divide between students who have broadband and those who do not, known as the homework gap, has long been a problem—an estimated 12 million children do not have internet access at home. That divide disproportionately harms historically marginalized communities and rural and tribal areas. The Pew Research Center reported that 17 percent of U.S. teenagers surveyed said they are either often or sometimes unable to complete homework due to a lack of a reliable internet connection or computer. That number is even worse for low-income students, as 24 percent of teenagers living in a household with less than $30,000 of annual income reported the same.

The FCC’s E-Rate program, administered through the Universal Service Fund (USF), provides funding to help schools and libraries obtain affordable broadband and Wi-Fi networks. The purpose of the E-Rate program is to provide telecommunications services (today defined as broadband in the context of E-Rate) to “elementary schools, secondary schools, and libraries for educational purposes at rates less than the amounts charged for similar services to other parties,” according to the 1996 Telecommunications Act.

Historically, these funds have helped schools pay for high-speed broadband connections, as well as for Wi-Fi networks to spread that connectivity throughout school buildings. However, the funds for this program can and should be used to provide broadband services for educational purposes beyond the walls of a school as well. The FCC should tap the Universal Service Fund and E-Rate to fund emergency relief for the millions of students across the country who do not have broadband access at their homes.

The FCC should dedicate a special allocation of USF funds to reimburse schools and libraries that purchase and loan out Wi-Fi hotspots to students who live in homes that lack adequate broadband access, as FCC Commissioner Jessica Rosenworcel and 16 U.S. senators recently recommended. Although there is currently a shortage of Wi-Fi hotspots, if schools and libraries know they will be reimbursed by the USF for costs, they can immediately place orders, giving manufacturers the certainty they need to ramp up production.

FCC Chairman Pai, who has already secured promises from broadband providers not to terminate service for non-payment during the crisis, should ask AT&T, Verizon, and other mobile carriers to provide service to these hotspots on at least a temporary basis. This service should provision “unlimited” bandwidth. To the extent the mobile carrier assistance falls short, the actual broadband service (up to a set amount per month) should also be a reimbursable USF expense.

Schools, libraries, and other community efforts can also use other strategies to extend broadband to the homes of unconnected students. For example, two school districts in southern Virginia use TV White Space technology—long-range Wi-Fi that uses the vacant television channels available in rural and small town areas—to extend the school’s internet connection with students at home. Another option would be supporting and funding the use of school buses as Wi-Fi hotspots, as one district in Illinois has already adopted for the COVID-19 outbreak.

Although Congress should include funding in emergency relief legislation to address the home connectivity crunch that targets households without adequate internet access, the FCC has existing authority to redirect USF revenues. In addition to an emergency USF fund for this purpose, the FCC has up to $2 billion in the E-Rate budget that has yet to be allocated that could go toward this effort, and thanks to the program’s adjusting scale for funding, schools with higher rates of students requiring free or reduced cost lunches receive more E-Rate monies. The Government Accountability Office recommended the FCC review making E-Rate funding applicable for off-school premises connectivity in a 2019 report.

OTI has long advocated for schools and libraries’ ability to use E-Rate funding to provision broadband networks for educational purposes to students and faculty off-campus. The FCC should grant the 2016 petition filed by a coalition of school districts, telecommunications carriers, broadband advocates, and Microsoft to allow schools to use E-Rate funds for the provisioning of broadband services to be used for educational purposes off-campus, as OTI argued in 2016. For rural and tribal areas in particular, empowering schools and libraries to open up their broadband networks to share with their communities for educational purposes would provide near-immediate relief in areas across the country.

Allocating E-Rate funding to reimburse the cost of lending Wi-Fi hotspots to unconnected students—and clarifying that schools and libraries can share their Wi-Fi networks with their communities without risking the loss of E-rate funding, as the Schools, Health, & Libraries Broadband Coalition has urged the FCC to do—would advance the universal service goals of both the USF and E-Rate programs, respectively. The FCC has issued clarification that the community can use E-Rate networks while on campuses or school and library properties without the institutions losing funding, but this would still require students to venture out to these places—that are closed—to access the internet required for their education. The FCC should ensure that these networks can be leveraged to extend E-Rate connectivity directly to students that are self-isolating or sheltering in place engaging in remote learning off-campus as well. Schools and libraries nationwide have high-speed fiber networks thanks to E-Rate that they could spread to their communities with Wi-Fi hotspots and other methods, and the FCC should allow them to do so during the COVID-19 crisis. If not, Congress should clarify that schools and libraries are able to do so.

As millions of students are left at a disadvantage for an indefinite period of time in their education, the FCC should take action and allocate USF funding for schools to loan Wi-Fi hotspots to students lacking home broadband. As Congress seeks solutions to assisting Americans amid this tumultuous time, legislators should appropriate additional funds that the FCC can target to minimize the home connectivity crunch while prioritizing families afflicted by the homework gap.

FCC Chairman Ajit Pai has worked to ensure commitments from telecommunications providers such as the removal of data caps to assist as more families are forced to stay home in this public health crisis, and has removed E-Rate gift rules that restricted what schools and libraries can accept during the pandemic. Pai’s moves marked a crucial and important first step. However, an important next step will be ensuring that the households that do not already have access to broadband get the assistance they need—and the students that cannot fully participate or complete classwork while their schools are closed are granted the access they require.

The FCC has acted swiftly in the past to dedicate USF programs to address an emergency—in 2005, the agency deployed four programs under the USF to allocate $211 million to help consumers, schools, libraries, healthcare providers, and telecommunications providers following Hurricane Katrina. The Commission must do so again, especially since nobody knows how long school closures will last. Students of every age—from elementary school to high schoolers preparing to apply to or attend colleges—cannot afford to miss large chunks of a semester of education. The E-Rate program has been a success in improving broadband access to schools and libraries since the FCC modernized the program in 2014. It is imperative that policymakers make sure that the funds from the program go to students who need the help right now.