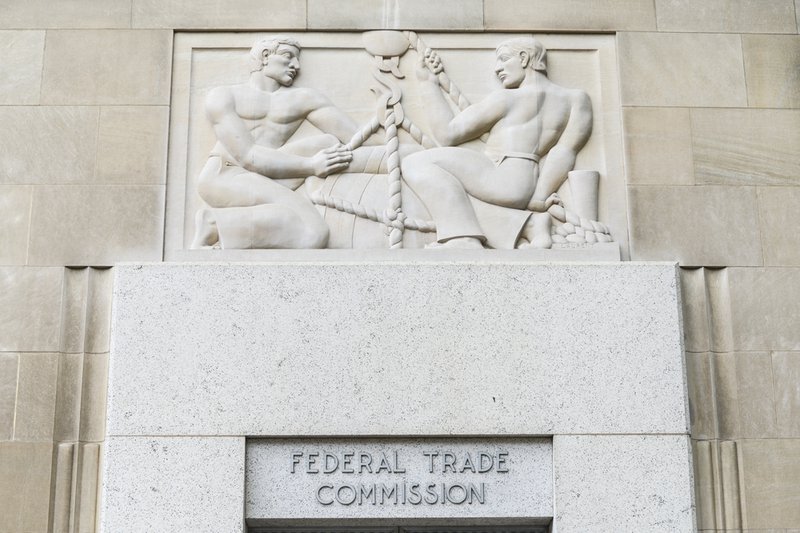 For more than a century, the Federal Trade Commission (FTC) has protected Americans from deceptive and unfair business practices. It has carried out investigations, taken action against lawbreakers, and educated the public about its rights. Today, the FTC plays a vital role in both traditional and online markets through its enforcement of consumer privacy protection, data security measures, and a competitive market.

Unfortunately for consumers, the protections they have grown accustomed to are at risk. Last month, the House Energy and Commerce Subcommittee on Commerce, Manufacturing, and Trade approved 11 bills, nicknamed “#DisruptFTC,” that will debilitate the FTC at a time when American consumers need it most.* The #DisruptFTC bills would severely weaken the FTC’s ability to protect consumers by narrowing its authority and swamping it with regulatory burdens, wasting precious resources that could be spent serving the public. The #DisruptFTC package includes 11 harmful bills; this blog post will examine four of the most egregious proposals.

The Technological Innovation through Modernizing Enforcement (TIME) Act (H.R. 5093) straitjackets the FTC’s ability to use consent decrees—one of the clearest examples of how #DisruptFTC solves a problem that does not exist. FTC investigations of unfair and deceptive market practices often result in a consent decree—an agreement between a company and the FTC that addresses the problematic behavior, which may include penalties, recordkeeping, and reporting requirements. Section 5 of the Federal Trade Commission Act gives the FTC the authority to issue consent orders for a period of 20 years, which is long enough for new behaviors to become a routine part of business, and for the sting of a time-out to deter future misbehavior.

The TIME Act, however, would substantially reduce the FTC’s Section 5 authority. The bill would void all consent decrees after merely eight years--diminishing the FTC’s authority by more than half. The bill would also require the FTC to review each consent order after just five years and evaluate the “impact of technological progress” on the order and “whether there is reason to believe that the entity would engage in activities that violate this section without the consent order.” If after this review the Commission decides the consent order has served its purpose, it must terminate the order at that time. The TIME Act provides no justification for creating these new time restrictions, which begs the question why these numbers were chosen. These time periods do not seem long enough for the FTC to ensure that consent orders will be followed in times of business development, such as when the business changes hands, or undergoes significant policy changes.

But the bill doesn’t stop there; it adds time-consuming regulatory burdens to both future and past consent orders. The TIME Act would allow any business that has been issued a consent order to petition the FTC to reconsider its action after just five years. Such petitions would require the FTC to return to recently settled cases to evaluate whether a business is eligible for an early “get out of jail free” card. This unnecessary regulatory burden might have a chilling effect on the FTC’s use of consent orders, as the agency would have to weigh the costs of years of diverted resources against the benefit of issuing the order. This would stifle the FTC’s vigorous and effective enforcement of consumer protection laws.

The FTC Robust Elderly Protections and Organizational Requirements to Track Scams (REPORTS) Act (H.R. 5098) would create more roadblocks for the FTC. This bill would require the FTC to submit a forward-looking report to Congress each December that outlines any policies the agency might implement, rulemakings it might issue, and non-regulatory guidelines it might develop over the next year, along with dates and timelines of these future actions. This bill would create a Congressional oversight regime of unprecedented magnitude, allowing Congress to act as a back-seat driver to the FTC and stall politically disfavored actions in their nascent state. If the REPORTS Act became law, the FTC may be less likely to take actions that would protect consumers for fear of retaliation from Congress. In such a case, Congress’ interference could harm the consumers and businesses that rely on the FTC to police unfair and deceptive market behaviors. This bill leaves too many questions unanswered regarding the ways it would be carried out and must be stopped.

The Revealing Economic Conclusions for Suggestions (RECS) Act (H.R. 5136) would require the FTC to conduct an economic analysis for every single legislative or regulatory recommendation that it makes in order “to demonstrate that the Commission has identified a problem it determines should be addressed...and that its recommended legislative or regulatory action is based on a reasoned determination that the benefits of the recommended action outweigh its costs.”

The ambiguities in this bill are highly concerning. First, the bill does not explain whether it applies to all FTC actions or just recommendations to Congress. Second, the bill provides no guidance for cases in which economic analysis is not feasible, such as in privacy cases involving emotional harm. This kind of subjective injury is often the most obvious effect of a privacy violation, and is incredibly difficult to quantify. However, the absence of a monetary loss does not make this offense any less harmful or important to consumers. Consider the FTC’s recent investigation of Practice Fusion, a company that publicly posted private consumer reviews of doctors that included the intimate details of conditions and treatment plans, full names, and patient phone numbers. The information included in these posts was shockingly personal, and deeply embarrassing to those who found themselves on the site, yet it had no clear economic harm. The emotional distress of seeing the details of one’s health experience exposed online should warrant action, regardless of whether or not it is possible to create an economic analysis. The RECS Act would prevent the FTC from taking action against Practice Fusion and other businesses that clearly violate consumer privacy.

The Statement on Unfairness Reinforcement and Emphasis (SURE) Act would have a similar chilling effect on FTC action against privacy violations. The bill states that the Commission would have no authority to declare an act or practice unfair unless it causes “substantial injury.” In order to determine whether or not the harm is “substantial” enough, the FTC would have to consider whether the relevant business practice resulted in economic harm, health and safety harm, or “only in emotional or...subjective harm” [emphasis added]. It goes on to say that the FTC must consider the “net effect” of harm before it can decide if an unlawful act has occurred, and that is where the “only” matters. “Only” implies that emotional harm is somehow less meaningful, hurtful, and worth pursuing than economic or health concerns, but anyone who has ever had sensitive information revealed on the internet knows that is not the case. The SURE Act should not deter the FTC from taking action in a case, such as those against websites that post pornographic images of women without their knowledge, simply because it cannot quantify the intense hurt and emotional scars into a fiscal “net effect.” This kind of egregious privacy violation is not an isolated event and Americans need the FTC to ward off such misconduct.**

The Representatives who have championed these bills recognize the FTC’s important role in protecting consumer privacy, while simultaneously fighting to incapacitate it. Some of the bill’s strongest supporters lauded the FTC’s efforts to protect consumer privacy when talking to other agencies. In June, a group of House Republicans led by Rep. Michael Burgess, the sponsor of these bills, sent a letter to the Federal Communication Commission praising the FTC for being “the primary arbiter of consumer’s rights and expectations with regard to internet privacy.” They even praised the FTC’s “enforcement-oriented approach” for creating an environment in which “internet deployment and adoption has thrived, consumers have quickly adopted services, and providers of both access and services continue to develop new products and services to meet consumer demand.” This is a vastly different sentiment than what has been expressed in the #DisruptFTC bills.

The #DisruptFTC bills are an unecessary attempt to solve non-issues at the FTC. They would strip the FTC of its authority and bury it under regulatory burdens, thus weakening its ability to protect American consumers. Congress created the FTC and designed it to be the expert agency on consumer protection. As such, Congress should give the FTC the ability to carry out the mission it established to protect consumers and the marketplace. Congress should reconsider its attempts to “#DisruptFTC.”

** Examples include the case against a revenge porn site that posted images of over one thousand women without their knowledge, or consent, a case against a business that posted private patient reviews of doctors in a public forum, exposing intimate and embarrassing medical information. In other instances, the FTC took action against Snapchat for its claims that users images would truly disappear when sent, and against Jerk for creating profiles for over seventy million people without their consent and labeling them as either a “Jerk” or “Not a Jerk.” Other examples can be found among the many privacy cases investigated by the FTC.