Rebuilding American Democracy in an Era of Crisis 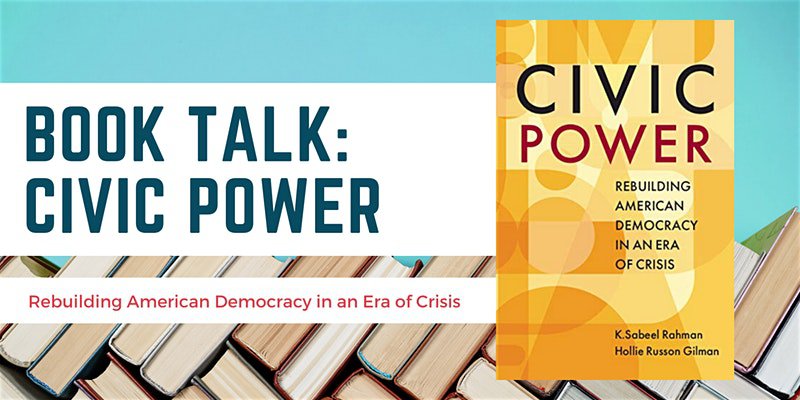 At a time when American democracy is in crisis, the reality is that our civic and political institutions systematically devalue and weaken the voices of the most affected communities. In their latest book, Civic Power: Rebuilding American Democracy in an Era of Crisis K. Sabeel Rahman, president of Dēmos, and Hollie Russon Gilman, a fellow in the Political Reform program at New America, argue that the problems facing American democracy are fundamentally deep problems of power — our civic infrastructure has been hijacked and optimized to concentrate political power for the few, not the many.

This focus on power, Rahman and Gilman argue, points to a very different approach to democracy reform. We cannot have a truly inclusive democracy without also investing in grassroots, bottom-up organizing on the one hand, and radically transforming our day-to-day institutions of policymaking and governance on the other.

On Thursday January 23rd, join New America NYC and Demos at Civic Hall for a conversation about the pressing need for a novel approach to governance, policymaking, civic technology, and institutional design.

This event will be live-streamed here.