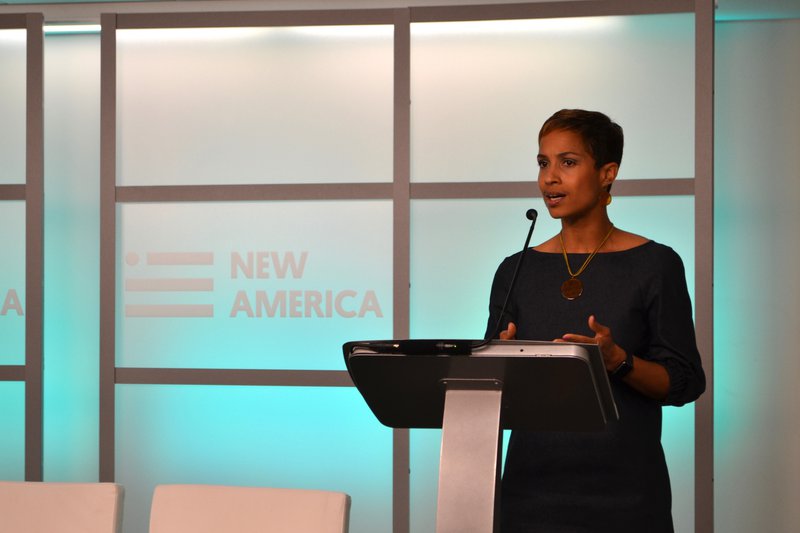 New America announced today that Tyra Mariani is being appointed to a newly created Vice President position to drive strategic initiatives, position the organization for growth, and represent New America, starting April 4. Mariani brings a wealth of experience from the private and public sectors, including government and non-profits. She is a proven leader who can get things done while developing people and organizations.

"I'm delighted that Tyra will take on this critical role at this juncture of New America's growth," said New America President and CEO Anne-Marie Slaughter. "As we prepare to reinvent the think tank and expand nationally, I'm excited to have both a thought partner and a strong leader and manager to ensure that we grow strategically and build the operational capacity to support our growth."

"I'm thrilled that Anne-Marie chose me for this important role and am excited to contribute to the New America family in this new capacity - working across both policy and operational areas," said Mariani. "I deeply appreciate the work and thought leadership that New America produces, and am excited to be able to carry on their tradition as the most innovative think tank and civic enterprise in the U.S."

Mariani continues at New America after co-founding and serving as Managing Partner of Opportunity@Work, a social venture whose mission is to rewire the labor market to enable more Americans to achieve upward mobility. Launched in support of and on the same day as the President announced his TechHire initiative, Opportunity@Work has been based at New America since its founding in March 2015.

"Tyra is an insightful and determined leader, and her contributions were fundamental to our early success," said Byron Auguste, Managing Director and Co-founder of Opportunity@Work. "She strengthens any team she's part of, and I'm delighted that New America will continue to benefit from her extraordinary leadership and management skills. We are looking forward to working together to build a great partnership."

Before joining New America, Mariani held a variety of roles across the public and private sector, most recently serving as Chief of Staff to Deputy Secretary of Education Jim Shelton and Deputy Chief of Staff to Secretary of Education Arne Duncan. Before joining the federal government she launched entrepreneurial efforts to build human capital in the education sector as the founder of the Greater New Orleans Region of New Leaders, served as Budget Director at Chicago Public Schools after starting as a Broad Resident, led corporate training and development efforts at Kraft Foods, and began her career at McKinsey & Co.

Founded in 1999, New America is a think tank and civic enterprise committed to renewing American politics, prosperity, and purpose in the Digital Age. We generate big ideas, bridge the gap between technology and policy, and curate broad public conversation. Structurally, we combine the best of a policy research institute, technology laboratory, public forum, media platform, and a venture capital fund for ideas. Above all, we are a distinctive community of thinkers, writers, researchers, technologists, and community activists who believe deeply in the possibility of American renewal.