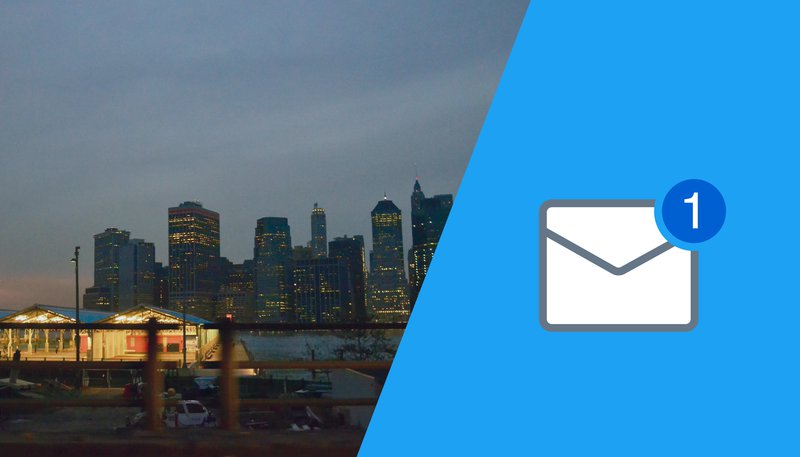 Nestled amongst the posh hotels that serve the travelers of Manhattan’s Financial District sits a former church. Its white stone exterior would be austere, but has lost some of its 105-year-old grandeur beneath the ever-expanding shadows of the fifty-story buildings that now surround it. Just above the bustling sidewalk, the church’s namesake is carved into stone, and is seen driving his spear into the dragon, forever frozen in the infamous religious battle. St. George’s Syrian Melkite Catholic Church is what some call the “last surviving trace” of the neighborhood known as Little Syria.

Between the 1880s and the 1940s, Lower Manhattan bustled with immigrants from Greater Syria, which accounts for present-day Syria, Lebanon, Palestine, and Jordan. The neighborhood, which was centered around a strip of Arab restaurants, silk shops, and Turkish coffee houses on Washington Street, was a home away from home for immigrants seeking a better life in America. By the early 1900s, over half of all Syrians in America lived in New York, and the overwhelming majority of those lived in Little Syria. When the 1924 Johnson-Reed Immigration Act limited Syrian immigration to only 100 people per year, however, the population ceased to be replenished by new immigrants, and Little Syria was eventually destroyed by an eminent domain claim for the Brooklyn-Battery Tunnel and the construction of the World Trade Center.

Fast forward to 2017, and the travel ban has indefinitely suspended immigration from Syria, in a disheartening historical callback to 1924. Back in what was once New York's Little Syria, an Irish pub operates within the facade of St. George’s Syrian Church. Starbucks have replaced the Turkish coffee houses. In the face of erasure and discrimination, where is the Syrian community of New York now?

Of the 3.7 million Arabs in the U.S., most are no longer immigrants but native born, and are spread across 10 states. Consequently, Arab immigration to New York City has taken a different form: Arab-Americans from a broader diaspora across the country.

George and Nick Bashour are cousins living in Brooklyn— both in their mid-20s, sports fanatics, and burgeoning cooks. Their parents emigrated from Syria in the early 90s to pursue careers as doctors, and chose an unlikely location to settle down— Cleveland. There, a group of Syrian families has created a network that expands throughout their small suburb on the outskirts of the city. Both George and Nick are quick to call Cleveland home, but with a caveat.

“Defining home as the child of an immigrant is tricky,” George notes. “The Syrian community that I grew up in symbolizes home to me, but I think there’s some inherent joy in being somewhere that is the home of your family, and that’s Syria, not Cleveland.”

“Home is where Syria is,” Nick confirms. “When I get off the subway in New York, I say I’m going home, but it’s not really home.”

The cousins were called to New York for different reasons— one for law school, one for a consulting job— but they do agree that even with the Arab strongholds in Bay Ridge, Brooklyn, or Astoria, Queens, New York hasn’t provided an environment that feels quite like home.

Lately, New York City has made an effort to become a more welcoming place to immigrants and minorities, launching their “You Have Rights” campaign early this year with the goal of countering harassment within the city. A significant rise in discrimination and bias reporting in 2016 motivated the widespread PSA series and informational website.

Discrimination against minorities in New York often feels intensely personal. “Having my bags searched by the cops, or getting detained in Newark— those are visceral experiences,” George remembers. “They make you feel helpless, as if something fundamental to you is dangerous to others.” Nick notes that his privilege often comes from being able to hide his identity and assimilate. “I have it easier than other Syrians,” he remarks, “because my name is Nick, and I’m Christian, and I can pass as white. I fit in. In that way I’m lucky.”

Throughout the early 1900s, Arab-Americans successfully lobbied to be considered “white” on government documents, with the hope that such a designation would ease the discrimination they were facing. But even with that status achieved, things have only marginally improved. The October 31st truck attack in New York earlier this year lit a new flare of anti-Muslim and anti-Arab bigotry throughout the city— even though the suspect wasn’t even from an Arab country, and instead emigrated from Uzbekistan, which is in Central Asia.

With each new provocation of anti-Arab sentiments in the U.S., the harassment usually is not far behind. This comes in the form of hate crimes, which have been on the rise since the start of the 2016 election cycle, and racial profiling and bias against Arab-Americans at the hands of the police, which has been a consistent problem since September 11, 2001. As Mayor Bill de Blasio celebrates his newly-elected second term with a series of police reform suggestions, he may consider taking input from the communities impacted by police harassment. George notes that teaching the police is even more important than teaching citizens about their rights, and to do that “you need the input of people who have experienced this,” he says. “Find out what specific actions have made them feel marginalized, and what could be done better to support them.”

In the face of overt bigotry by police and ordinary citizens, expressing a minority identity can be even more difficult than usual, which makes Arab communities like what Little Syria once was critically important. George, who legally changed his name from Saadala as a child, says that the duality of being Saadala at home and George in public is something with which he constantly grapples. “Having places where my suppressed identity can be my displayed identity is really powerful. I feel that in Cleveland, and I feel that in Bay Ridge and Astoria. But I wish a place like Little Syria still existed.” Nick, by contrast, says that he carries his identity with him on a daily basis, because he feels an obligation to build a sterling reputation for fellow Syrians. “I feel like a representative of my family in New York, but I also feel like a representative of Syria, and that entire part of the world. I want my work and my life to reflect positively on that.”

So where is Little Syria now? If you try typing it into Google Maps, you’ll be asked if you’d like to add a missing place. But it isn’t missing. It’s just across the Williamsburg Bridge on the J train, in George and Nick’s small two-bedroom apartment where a map of Syria hangs on the wall across from a perfect view of the Financial District skyline where Little Syria was once headquartered. A painted darbuka, a type of Middle Eastern drum, sits near the corner and coffee imported from Damascus steams from a small cup on the table. Little Syria exists in thousands of apartments just like this one throughout the city, maintained by Arab-Americans who come to New York looking for a better life.