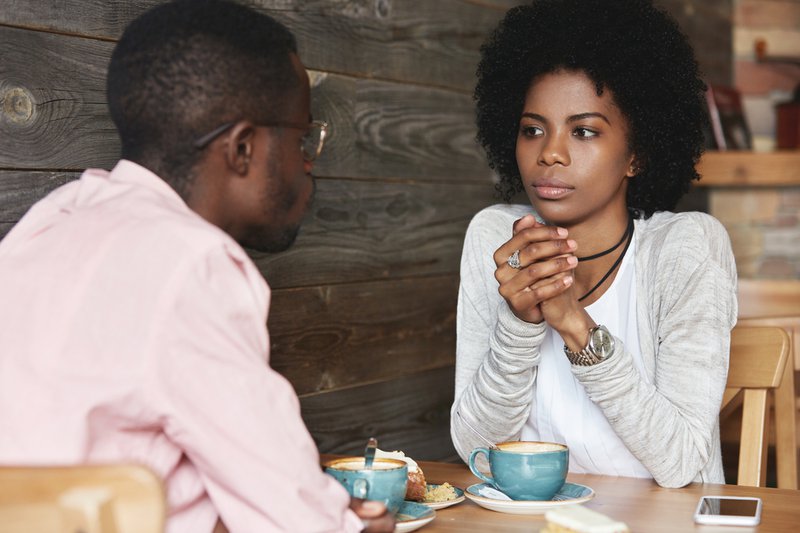 As they near the end of their fellowship, the 2017-18 Millennial Fellows have each chosen a piece from the Direct Message archives to reflect on. Here's Emma on why she picked this particular article:

This article fell into a lot of categories that I'm interested in: justice for women that has traditionally been denied, progressive movements within the criminal justice system, and personal accountability for the hurt we cause. What I found most intriguing about the article, however, was the response that I got from people who read it. Several male colleagues approached me after it was published to ask me about engaging in the type of restorative justice that I advocate for in the piece, which I was extremely excited to see. I didn't really expect to see any of the personal change (which I refer to in the piece as day-to-day justice) laid out in front of me in the way that it was, and it heartened me to know that policy is about more than legislation and broad change-- sometimes it can inspire small, impactful change at the person-to-person level.

The #MeToo movement has galvanized millions of women across the country to speak out about their experiences with sexual harassment, assault, and abuse. Tarana Burke, who coined the term in 2006 to help survivors realize that they aren’t alone in their recovery, has been invited to speak on college campuses, attended the Golden Globes, and is writing a highly-anticipated memoir. The widespread attention #MeToo has garnered represents a huge shift in how we, as a society, talk about what we, especially but not solely as women, have had to deal with throughout our lives. #MeToo has, in other words, ostensibly done “what the law could not.”

What it hasn’t done, however, is provide common justice—or a measure of closure and reconciliation for the small, everyday moments that led so many women to participate in the movement in the first place. It may have led to repercussions for several high-profile offenders, but for the average woman who typed “#MeToo” and hit enter on a Facebook status or a Tweet, justice was hardly found in the responses. At the same time, many women might not even know what, exactly, this sort of day-to-day justice would like, or from whom they would get it. How, for instance, do you get justice from a coworker who sent one too many uncomfortable emails, or from a date whom you haven’t spoken to since that person tried to take things too far? The notion of “justice,” in these situations, is thorny, and all too often it doesn’t seem like anything can really be done.

But maybe justice isn’t as elusive as it seems.

A friend of mine recently told me that an old hookup of hers texted her to apologize for his behavior three years ago. The #MeToo movement had led him to introspection, she explained, and he said that he remembered one particular night during which he might have pressured her into engaging in things she wasn’t comfortable doing. He wanted to apologize. As a result, he asked her if there was anything he could do to make amends, thereby opening a path for her to find her own sort of justice—if she wanted it.

What this man offered isn’t all that different from a movement within the criminal justice system: restorative justice. This process, which emphasizes accountability and making amends, seeks to avoid sentencing, instead focusing on bringing victims and offenders together to understand the magnitude of the harm done, the ways in which healing can be achieved, and potential concrete next steps for both parties to take so that they and their community can move forward. At its core, restorative justice attempts to meaningfully shift the balance of power by allowing survivors to define the terms of what justice and closure look like to them.

In the context of the #MeToo movement, there isn’t a formalized system for instituting restorative justice. But perhaps there doesn’t need to be one. Stories like the one above, of men taking actionable steps to make amends, can serve as an example for others to replicate in their own lives.

When the latest iteration of the #MeToo movement began to pick up viral momentum in October, there was an attendant, though far less popular, hashtag: #HowIWillChange. Via this parallel conversation, men pledged not to stand by idly in the future. But while an honorable notion—and at least in theory a good step for ensuring that people in positions of power hold one another accountable—the hashtag largely lacked the level of introspection that’s a key ingredient in effective restorative justice. Put another way, though it’s important to wrangle with how to do better in the future, it’s equally important to confront what can’t be changed but absolutely must be addressed: past actions that made others uncomfortable, or even hurt them.

This isn’t to suggest that restorative justice is the ultimate cure for addressing sexual harassment and assault. Since the process can be so intensely personal, it arguably isn’t the best model for providing public examples on which to build a more just future, like, say, by filing a lawsuit. It requires, at a base level, that offenders want to reflect on their own behavior and engage in reconciliation. That’s a hard internal battle, and one that requires an elevated appreciation for sincere apologies, the sort of thinking society has yet to fully embrace. Restorative justice also forces survivors to confront their abusers directly in order to chart a course of appropriate justice; that can be a triggering and painful experience, and it shouldn’t be done without immense support.

That said, restorative justice—cases like what happened to my friend—would help to bolster the movement and create actionable steps for moving forward. Indeed, society needs more people who are willing to reflect on their past behavior, realize when they might have done something wrong, and try to make amends where they can. The narratives of #MeToo aren’t always cut-and-dry; they delve into the murky waters of gender, power, and how we, as individuals, can bring the broader social dynamics of honest reconciliation in line with the past. Restorative justice creates space for people to be unsure. It’s a collaborative process, one that, while imperfect, allows people to start somewhere. To truly reach a more just future, it’s key to recognize and address the wrongs of the past—something that people can begin to do one reflection, one amend, at a time.

This piece was first published in the February 15th issue of the New America Weekly.