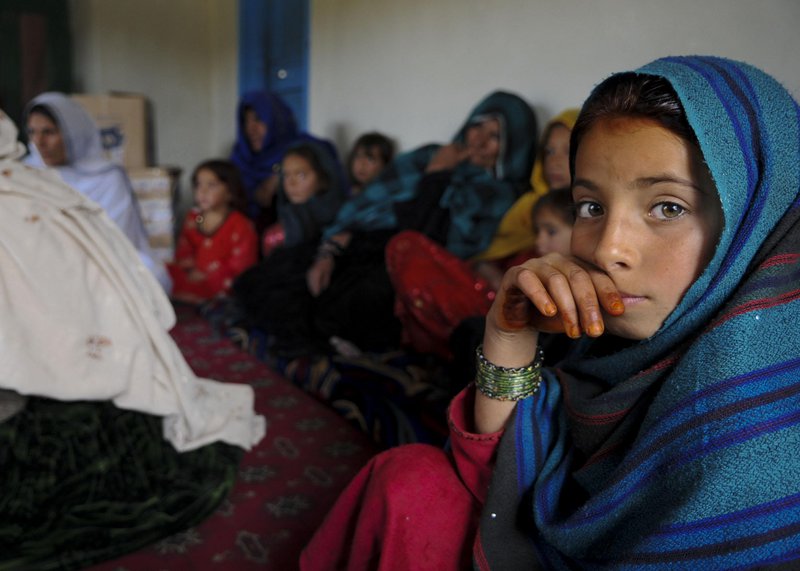 With the U.S. withdrawing from Afghanistan and a new Afghan government having assumed power, what kind of future do Afghan women face? In her new book, Contested Terrain: Reflections with Afghan Women Leaders, Sally L. Kitch explores the crisis in contemporary Afghan women's lives by focusing on the stories of Judge Marzia Basel and Ms. Jamila Afghani from 2005 through 2014, providing an oft-ignored perspective on the personal and professional lives of Afghanistan's women.

Dr. Sally L. Kitch is the founding Director of the Institute for Humanities Research (IHR), Regents' Professor of Women's and Gender Studies, and Affiliate of the Piper Center for Creative Writing at Arizona State University. Her work focuses on feminist theory and epistemology, the intellectual history of gender and racial ideology, and the material effects of such representation on the lived realities of diverse women's lives.

Judge Marzia Basel was sworn in as a judge in 1995, just before the Taliban eliminated all women professionals in 1996. She was the founder of the Afghan Women Judges Association in 2003, an organization later banned by Afghanistan’s Supreme Court in 2007. She then worked for several international organizations in order to advance women’s rights through instruction in both civil and Shari'ah law. In 2008, she founded the Afghanistan Progressive Law Organization to fight injustices beyond the court system. In 2011 Marzia fled Afghanistan for fear of her life as a result of her work with international organizations. She now lives in Toronto, Canada, where she is seeking permanent residency. She remains involved in a number of organizations working on Afghan issues.

Ms. Jamila Afghani is the founder of the Noor Educational and Capacity Development Organization, which promotes the rights of women and girls by working with families to support the acceptance of girls’ schooling in rural areas and with imams to instruct congregations in what the Qur’an says about women’s rights. She personally overcame many obstacles, including family members’ conservatism and a disability that affected her since early childhood. Though disruptive, her family’s emigration to Pakistan to escape the Afghan civil wars allowed Jamila to obtain a degree from Peshawar’s Jinnah College for Women and a master’s degree in international relations. Back in Afghanistan since 2002, Jamila established the Afghan Women’s Islamic Network, an NGO that aims to create a network where women with Islamic education can pool their knowledge and support one another. She was also an elected member, and the only Afghan member, of the Afghan NGO Humanitarian Country Team, which decided on the distribution of government funds and donations in emergency situations, and established her own Afghan Women’s Professional Education Institute, which she officially registered with the Ministry of Education.

New America and The McCain Institute for International Leadership at ASU are pleased to welcome Dr. Kitch, Judge Basel, and Ms. Afghani for a discussion of Dr. Kitch’s book and the future of Afghan women.

Copies of Dr. Kitch’s book will be available for purchase by cash, check, or credit card. All proceeds from the book will support Afghan women’s causes.