Indianapolis: When Lead and Racism Are Both in the Water 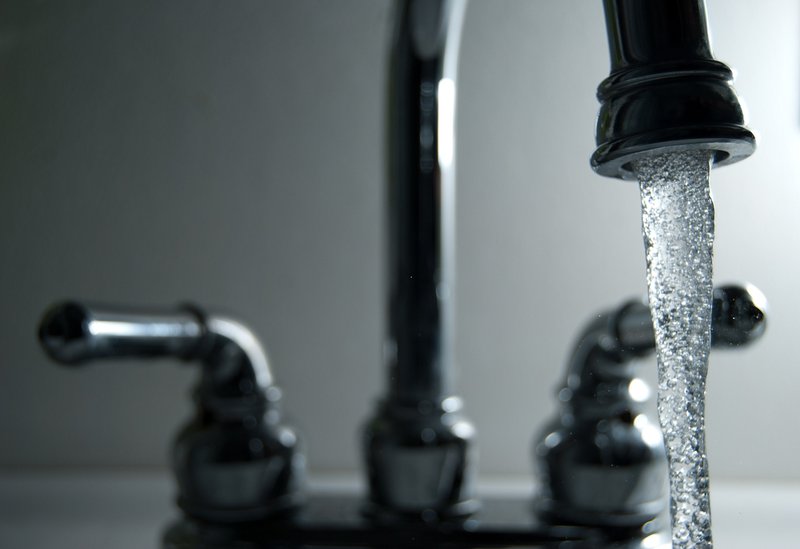 By now we’re all familiar with the story of Flint’s water crisis. You may have heard about similar problems in Newark, Pittsburgh, or East Chicago. Indianapolis is no exception, as IUPUI professor Dr. Gabriel Filippelli points out in a recent op ed. News reports from these cities focus on lead in the drinking water, which is a serious problem that needs to be addressed immediately. But drinking water isn’t the only source of dangerous lead contamination. The soil around houses and the dust inside homes can harbor dangerously high levels of lead.

The Centers for Disease Control and Prevention (CDC) tells us that there is no level of lead exposure that can be considered safe for children. Lead exposure in children can damage the brain and nervous system, cause developmental delays, learning challenges, behavioral issues, and hearing loss. The effects of lead exposure remain when lead is removed from a child’s environment. The heavy metal can linger in a person’s body and cause long-term health problems. Children are not the only ones at risk, either. The CDC reports that, in adults, lead exposure and lead poisoning can cause high blood pressure, kidney damage, brain damage, miscarriage, and infertility.

Exposure to lead is clearly a public health crisis but many are unclear about the dangers posed by long-term exposure. Dr. Filippelli has done extensive research locally and globally into something he calls the “urban lead exposome.” An exposome is the sum total of environmental exposures a person has over their lifetime. Dr. Filippelli is leading a project to map the urban lead exposome and is making his findings available to the public as part of a citizen-science project. Filippelli worked with Indianapolis' Kheprw Institute and residents from a neighborhood on the city's near northwest side to gather soil samples from homes and yards. The value of doing citizen-science is that it gathers data on a scale that would otherwise not be possible for an individual researcher and it puts power in the hands of the neighborhood’s residents (Filippelli 2018, 9). 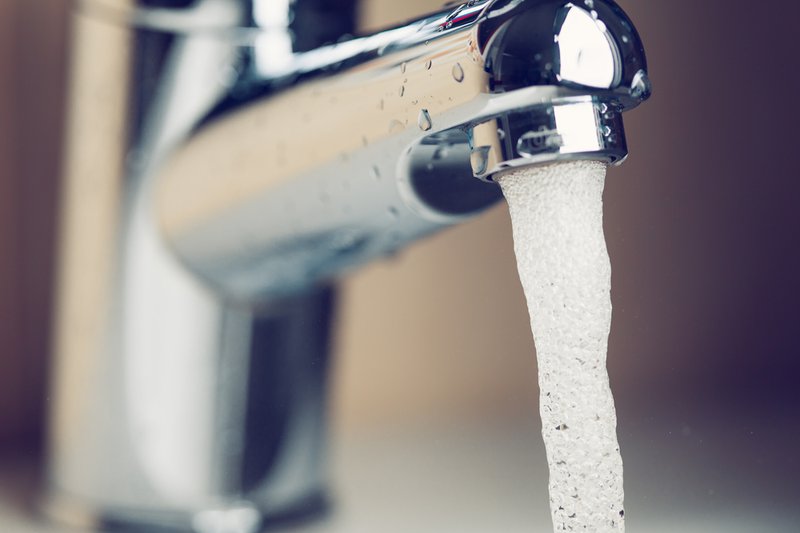 Dr. Filippelli explains that a high lead level in the environment is usually identified through the presence of human disease rather than proactively through soil, dust, and water sampling. This, he says, is “a harmful and backwards approach to protecting public health” (Filippelli 2018, 1). Lead hotspots are usually identified when officials notice that there is a cluster of children showing up on public health records who have high blood lead levels. Filippelli’s citizen-science project shows the value and effectiveness of testing for the presence of lead before a child exhibits obvious signs of lead poisoning. He wrote that the “social, health, and economic cost of [lead] exposure from urban soils is steep--far greater than the cost of targeted remediation of soil [lead] hotspots” (Filippelli 2018, 1).

The IUPUI Arts and Humanities Institute (IAHI), with funding from the Indiana University Grand Challenges grant, has partnered with Filippelli and his team to fuse two mutually beneficial projects. The IAHI has an ongoing project called the Anthropocene Household, under the leadership of Dr. Jason Kelly that aims to explore and understand everyday experiences of people and their environments.

The Anthropocene (meaning the age of humans) refers to the current geological epoch in which humans have become the dominant force impacting the environment. Whether it started 200,000 years ago with the arrival of modern humans or as recently as the end of World War II, a period that saw a steep rise in the burning of fossil fuels, the important thing to understand about the Anthropocene is the tremendous impact of human activity on the environment. One especially clear way to see this impact is in the lead pollution left behind in the soil of Indianapolis and other cities just like it. Simply put, this pollution and lead contamination would not be there were it not for human activity.

The Anthropocene Household project, in its first phase, is collecting oral histories and conducting focus groups with people who live on the near northwest side of Indianapolis in order to bring to light their experiences and examine how they understand their environment. In addition to this qualitative research, the IAHI has designed a user-friendly lead testing kit that will empower households to test their homes for the presence of lead in the water, soil, and dust. The IAHI has partnered with the Indianapolis Ministerium on their Faith Lead Initiative, in addition to working with Groundwork Indy, to help distribute kits to households. The samples are being tested by Dr. Filippelli and his team at IUPUI. A crucial point: The results will be sent directly to residents so they can have the information to make decisions about how best to address any issues that the results reveal without fear of recrimination or fines by city government. The goal is to provide people with the information they need to understand the environment in which they live and what actions they can take to protect themselves and their loved ones.

Why does this work matter? Above all, it is an issue of environmental racism and environmental justice. The impact of living in neighborhoods that have higher levels of environmental contaminants can have long term negative effects on one's health. We know that Black children tend to have higher blood lead levels than their white counterparts, even factoring in socioeconomic status (Waterhouse 2015, 99). Historical factors, especially the Great Migration and the policy of redlining, have led to neighborhoods with higher-than-average environmental lead levels to be home to majority Black residents. (This is not to conflate the urban core with Black poverty--the issue is much more complex than that.) Simply put, there is a large body of scholarship to support the claim that Black Americans are disproportionately impacted by living in neighborhoods with higher levels of pollution. In Indianapolis, prior analysis of lead contamination in school structure and by township by the Marion County Health Department (“Drinking Water in Marion County, Indiana Schools,” an unreleased report by Karla Johnson, Elizabeth Bowman, Daniel Fries) would bear this out. 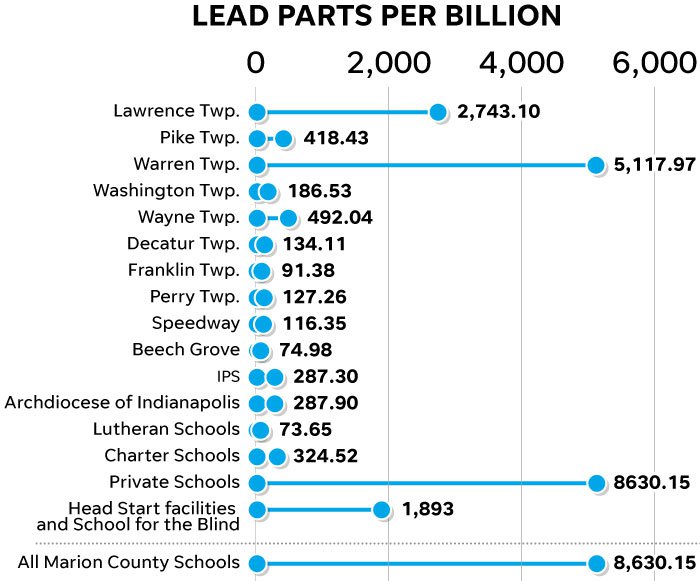 For more information about the Indianapolis context, please check out a series on racism and housing in Indianapolis from Wildstyle Paschall.

Leading scholar on environmental racism, Dr. Laura Pulido argues that environmental injustice is readily apparent in the dangers posed to Black and Latinx populations by corporations and governments collaborating to maintain regulatory noncompliance. Even when there are laws and regulations in place, Pulido explains, governments let corporations off the hook when it comes to adhering to regulations in any meaningful way (Pulido 2015, 1). In other words, industries that pollute the environment where Black and Brown people live are able to continue unabated and unaccountable. In a book chapter written by Dr. Pulido, she discusses environmental racism in the context of the Anthropocene epoch. She explains that there is ample research that shows how “environmental hazards follow along racial lines but also many of the meta-processes that have contributed to the Anthropocene, such as industrialization, urbanization, and capitalism, are racialized.” What is fundamentally important about Pulido’s point is that these environmental hazards and meta-processes play a role in “determining who lives and dies” (Pulido 2018, 117).

We see this life-and-death situation playing itself out for people living in lead-polluted neighborhoods, but also with the disproportionate impact of COVID-19 on the Black population, many of whom live in these very same neighborhoods. President Biden has recently announced an executive order that aims to address the impacts of centuries of systemic racism. The order, as the White House tells us, “formalizes President Biden’s commitment to make environmental justice a part of the mission of every agency…” The executive order will direct “federal agencies to develop programs, policies, and activities to address the disproportionate health, environmental, economic, and climate impacts on disadvantaged communities.” Only time will tell if these efforts by the administration will pay off in substantive improvements for Black households and communities across the nation. Short of governments and corporations funding large scale cleanup efforts or dramatic policy shifts at all levels, citizens can take matters into their own hands in order to protect their health and wellbeing. As with most public problems, until institutions catch up and reinvent practices and structures embedded in institutional racism, it is important that community members are empowered with good information and the ability to safely self-advocate. IUPUI Arts and Humanities Institute’s Anthropocene Household project and Professor Filippelli’s team hope to do just that and you can join them by learning more and reaching out today.

Benjamin Clark is a scholar in the New America - IUPUI Public Problem-Solving Partnership. He is a PhD student in the IUPUI American Studies program and is a research assistant at the IUPUI Arts & Humanities Institute, working on the Anthropocene Household project. Ben has worked as a public historian since completing his Master of Arts in public history at IUPUI.

You can learn more about the sources for and issues presented in this essay below: