What Does Climate Change in the Arctic Have to Do with Property Rights? 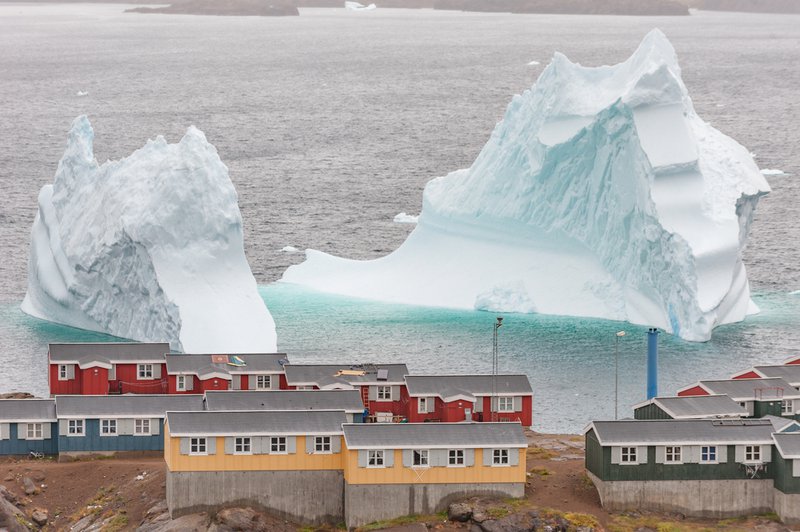 Climate change is generating irreversible effects in the Arctic and beyond, devastating unique ecosystems, increasing the acidity of surface ocean waters by 30 percent, and contributing to 3.4 inches of rising seas since 1993.

But it’s also important to consider how rising temperatures negatively affect communities, their homes, and infrastructure throughout the region. Local reprecussions arising from climate change will drastically impact housing, land, and property rights (HLP) in Arctic countries, and particularly in coastal regions.

Issues concerning Arctic HLP are compounded by complex dynamics, including Indigenous traditions, geopolitical realities, and resource constraints. Perhaps that’s not exclusive to the top of the globe. Yet we’re seeing many climate-related challenges play out in the Arctic first, and any answers to these problems potentially hold valuable lessons for other parts of the world.

This short blog series on the Arctic will explore how climate change and HLP interact, and will discuss local, national and international strategies. The current, introductory piece highlights key cases and provides context for larger climate-related trends and how they relate to land, housing, and property rights.

Take disappearing sea ice, to start, which is perhaps the most important and overarching climatic issue in the Arctic right now. Sea ice is incredibly important to coastal livelihoods, as it creates a calming effect on the sea and allows for Indigenous Arctic communities to maintain their traditional hunting activities. Without protective ice, waves and strong winds cause dangerous conditions that make fishing hazardous and can even threaten coastal infrastructure.

Then there’s thawing permafrost, which generates dangerous physical and economic consequences for Arctic communities. Approximately 70 percent of regional infrastructure is built on permafrost, meaning that thawing threatens not only the homes and schools of Arctic communities, but also the infrastructure used by resource extraction industries, humanitarian assistance agencies, and defense operations of Arctic states.

The changing environment presents significant questions about land, housing, and property rights. Because so much of Arctic infrastructure is now vulnerable, how can housing be made more resilient? And should communities shore up defenses by building coastal walls and finding additional approaches that don’t demand relocation? Or should states facilitate the movement of coastal communities to land that is safer?

Some communities are already considering relocation due to climate change, presenting a financial and moral challenge to groups that often hold location-based worldviews and cultural heritage. Most Alaska Native villages are impacted by coastal erosion and flooding; this presents challenges to community resilience and cultural survival. Will or should communities be given parcels that are equivalent to ones they owned before? Whose land will be given away and, given Indigenous cultural place-based traditions, is equivalency possible?

There’s clearly quite a bit to unpack regarding housing and land up north.

Throughout this series, we will discuss three cases that represent the connection between HLP and climate change in the Arctic. These cases were chosen to illustrate a diversity of different mitigation and adaptation policies, or lack thereof, as well as a broad geographic spread. These three cases are:

The detrimental effects of climate change are occurring faster in the Arctic than anywhere else on the globe. Thus, the strategies for adapting land, housing, and property rights might serve as a framework for understanding the challenges–and maybe even opportunity–in the rest of the world. While national and international frameworks will certainly be helpful in shaping policies, localized responses to geographically-specific challenges–whether managed retreat policies, traditional land usage agreements, or discussions of new property rights frameworks–will likely be instrumental in creating sustainable approaches to land and climate change, both inside and outside the Arctic Circle.