The Three Legged Stool: A Paradigm for Property Rights Innovation

It's not just about tech. How do we fix the people and processes of property rights? 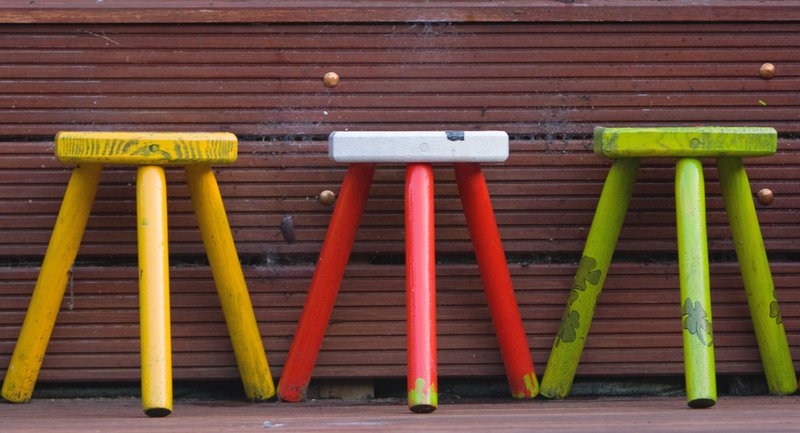 I opened this year by writing about the disconnect between technology and policy in the property rights space. We have the technology to map and document the rights of some two billion people who currently lack them, I posited. But, that technology is not being taken up by governments and communities. Why?

My rhetorical question received many responses, and a number of them boiled down to the following: “it’s not the technology, stupid.”

The reason I proposed in my blog - that a ‘disconnect’ exists between technologists and policy-makers - is unsatisfying. Why does this disconnect exist? Is the disconnect intentional, or incidental? Is it propelled by a lack of motivation? Lack of prioritization? An explicit desire to maintain the status quo, or surrender to inertia?

As one academic who responded to my blog post pointed out: if a system is broken and it is unclear why no one is fixing it, chances are that the people who could fix it are benefiting from it being broken.

“If a system is broken and it is unclear why no one is fixing it, chances are that the people who could fix it are benefiting from it being broken"

I dug deeper, looking at various paradigms of innovation and institutional reform. The one I have found most helpful, and which forms the basis of this blog series, is a term borrowed from the IT sector: the three legged stool of technology, people, and processes.

Technology is the gadgets, phones and drones. It's the hardware and software that enables us to map and record rights more quickly, cheaply, and easily.

Processes are the rules that govern how technology gets deployed (or doesn’t) in the land sector: the laws, policies, and regulations. Inertia tugs at processes to remain stagnant over time (“this is how it has always been done”) but innovation dictates that they constantly evolve.

People are the individuals and institutions behind the processes. They are making decisions, from the decision to embark on a land reform program in the first place, to a decision to enact or repeal a regulation that can make it easier to deploy technology. They are the champions, the naysayers, the innovators and the vested interests.

We focus on ‘innovation’ in the technology sphere, and wonder why land technology isn't adopted. In fact, tech innovation is necessary but not sufficient: both ‘people’ and ‘processes’ must also innovate.

In this blog series, we will look at what it means for ‘people’ and ‘processes’ to innovate, the reasons why they don’t, and what we can do to change that.