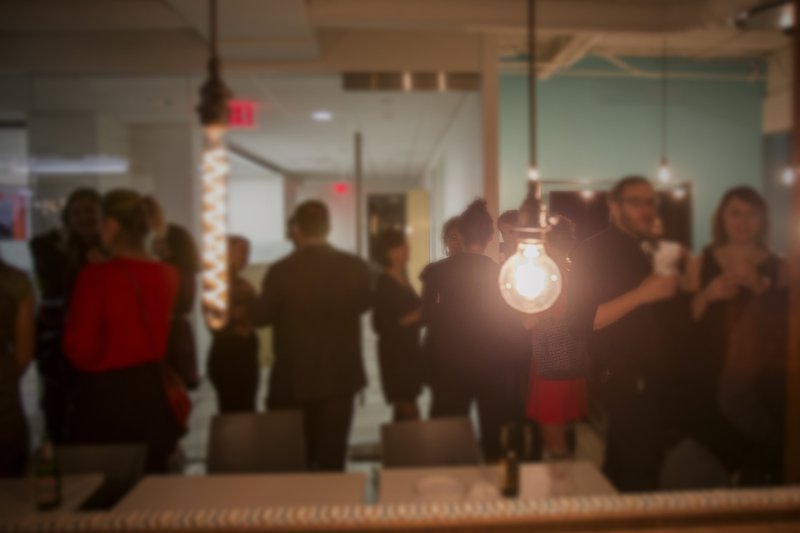 New America’s Fellows Program invests in thinkers—writers, scholars, filmmakers, and journalists—who generate big, bold ideas that have an impact and spark new conversations about the most pressing issues of our day. The full roster of 2021 National Fellows can be found here.

Since 1999, the Fellows Program has supported 235 National Fellows as they pursued ambitious projects resulting in the publication of 125 books, 10 feature-length films, and several award-winning longform reporting projects.

The New America Fellows Program received nearly 400 applicants this year, and chose 10 talented individuals for our Class of 2021 National Fellows. Throughout the course of their fellowship year, fellows will pursue book and film projects on salient policy areas, including racial inequality in higher education, Central American immigration to the United States, the role of schools in creating anti-Black and anti-Native racial ideologies, the housing insecurity crisis, the history of legal aid organizations working for racial justice, and more.

“Welcoming our new class of National Fellows each year is a privilege and a pleasure. The Class of 2021 is an exciting group of researchers, changemakers, and storytellers who bring a blend of powerful ideas and problem-solving talent to some of the most important policy issues of our time,” New America CEO Anne-Marie Slaughter said.

"During this uniquely challenging year, we are thrilled to support these ten talented individuals as they pursue ambitious projects that will inform our understanding of pressing domestic and international issues for years to come," Fellows Program Director Awista Ayub said.

Learn more about the nearly 400 applications we received to the program this year. Read our “Who Applied?: Class of 2021 National Fellows Program Applicants” report here.

New America’s Fellows Program thanks Eric & Wendy Schmidt, New America's board of directors, Emerson Collective, the Center for the Future of Arizona, the 11th Hour Project, Arizona State University's Center on the Future of War, as well as the Education Policy Program for their support this year.

Cecilia Aldarondo, 11th Hour Fellow, is a documentary director-producer from the Puerto Rican diaspora who is making films at the intersection of poetics and politics. Her feature documentaries Memories of a Penitent Heart and Landfall were selected to premiere at the Tribeca Film Festival and air on the award-winning television series POV. Aldarondo’s films have been supported by ITVS, HBO, A&E, the Sundance Institute, Cinereach, Tribeca Film Institute, the Jerome Foundation, and many others. She is a 2019 Guggenheim Fellow, a 2017 Women at Sundance Fellow, two-time MacDowell Colony Fellow, and recipient of a 2019 Bogliasco Foundation Residency. In 2019 she was named to DOC NYC's 40 Under 40 list and is one of Filmmaker Magazine’s 25 New Faces of Independent Film for 2015. She teaches at Williams College.

Daniel Bergner, New Arizona Fellow, is a contributing writer for the New York Times Magazine and the author of five books of literary nonfiction. His most recent book, Sing for Your Life, about race and art, tells the story of a young African-American man who was locked up—in solitary cells—in Virginia's juvenile institution of last resort and is now singing at the Metropolitan Opera. Bergner's work has also appeared in the Atlantic, Granta, Harper’s, Mother Jones, Talk, the New York Times Book Review, and on the op-ed page of the New York Times.

Bergner is currently working on a book—both intimate and scientific—about how we as a culture conceptualize and treat mental health issues.

Jonathan Blitzer, Emerson Fellow, is a staff writer at the New Yorker. He is at work on a book about immigration and Central America for Penguin Press. Tentatively titled The Golden Door, it will be a narrative history of regional migration to the United States from the 1980s to the present, with a focus on El Salvador, Guatemala, and Honduras. Blitzer is a recipient of an Edward R. Murrow Award and a National Award for Education Reporting. In 2018, he received the Immigration Journalism Prize from the French-American Foundation and a Media Leadership Award from the American Immigration Lawyers Association.

Jennifer Daskal, ASU Future Security Fellow, is a professor and faculty director of the Technology, Law & Security program at American University Washington College of Law. Daskal has written several award-winning articles about the challenges to rights and security posed by the digital revolution. Her current book project, The Right Way to Track and Censor, squarely confronts the multiplicity of harms being perpetuated online, the risks of quick fixes, and the need for affirmative, and rights-respecting, means of addressing them. Formerly, Daskal was counsel to the assistant attorney general at the National Security Division at the Department of Justice, and before that senior counterterrorism counsel at Human Rights Watch. Her writing has appeared in the New York Times, the Washington Post, the Atlantic, and Slate, as well as many top-rated legal journals.

Eve L. Ewing, National Fellow, is a sociologist of education and a writer from Chicago. She is the author of three award-winning books: the poetry collections 1919 and Electric Arches, and the nonfiction work Ghosts in the Schoolyard: Racism and School Closings on Chicago's South Side. Her forthcoming book, Maya and the Robot, is her first book for young readers. She also writes for Marvel Comics. Ewing's writing, research, and teaching explore themes of race, education, Black girlhood and womanhood, Afrofuturism, and her hometown. Currently, she is working on a book about the historical and contemporary role of schools in creating anti-Black and anti-Native racial ideologies. Ewing is an assistant professor at the University of Chicago School of Social Service Administration.

Caleb J. Gayle, New Arizona Fellow, writes about the impact of history on race and identity. After completing his undergraduate studies at the University of Oklahoma as a Truman Scholar and Oxford as a Rotary Ambassadorial Scholar, Gayle worked for a social enterprise that creates customized programs to empower women entrepreneurs from marginalized areas in Mexico and as program officer at the George Kaiser Family Foundation. Most recently, Gayle completed both his MBA and master’s degree in public policy from Harvard Business School and Harvard’s John F. Kennedy School of Government as a Soros Fellow. He was also named a 2018-2019 Demos Emerging Voices Fellow. Gayle's writing has been featured in the New York Times, the Guardian, the ThreePenny Review, the Harvard Review, Pacific Standard, the New Republic, the Boston Globe, Los Angeles Review of Books, the Root, the Daily Beast, and more. Gayle is an author of the forthcoming book from Riverhead Books, Cow Tom’s Cabin, which examines the true story of Cow Tom, a former Black chief of the Creek Nation, and a narrative account of how many Black Native Americans, including Cow Tom’s descendants, were divided and marginalized by white supremacy in America.

Brian Goldstone, National Fellow, is writing a book about America’s crisis of housing insecurity and the dramatic rise of the working homeless. Based in Atlanta, the project will examine the intersecting forces—stagnant wages, inadequate tenant protections, gentrification and rampant real estate speculation, a legacy of housing discrimination—that are making it impossible for a growing number of families to keep a roof over their heads. The book will be published by Crown. Goldstone’s work has appeared in Harper’s, the New Republic, the California Sunday Magazine, Guernica, and Jacobin. He received his PhD in cultural anthropology from Duke University.

Adam Harris, National Fellow, is a staff writer at the Atlantic where he has covered education and national politics since 2018. He was previously a reporter at the Chronicle of Higher Education, where he covered federal education policy and historically black colleges and universities. He is working on a book, The State Must Provide, a narrative history of racial inequality in higher education and how the government is responsible for shaping it. The book will be published by Ecco, an imprint of HarperCollins.

Yi-Ling Liu, ASU Future Security Fellow, is writing a book about individuals in China who are navigating the boundaries of the Chinese internet. Her work on Chinese society, technology, and internet culture has appeared in the New York Times Magazine, Harper’s Magazine, Foreign Policy, the Economist, the New Yorker, and elsewhere. She is a recipient of the Matthew Power Literary Reporting Award and the Overseas Press Club Foundation Fellowship, a visiting scholar at the New York University Arthur L. Carter Journalism Institute, and a graduate of Yale University.

Shaun Ossei-Owusu, National Fellow, is a presidential assistant professor of law at the University of Pennsylvania Carey Law School, where his research and teaching focuses on criminal law, social inequality, and the legal profession. He was born and raised in the Bronx, N.Y. and received his JD and PhD from the University of California, Berkeley. He will work on his manuscript, The People's Champ: Legal Aid from Slavery to Mass Incarceration, which is under contract with Harvard University Press. The book uses archival research, court documents, oral histories, and interviews to highlight the role of legal aid organizations in long standing struggles for racial justice. His public writing has appeared in the American Prospect, Boston Review, and Jacobin, and he has received awards from the American Bar Foundation, the National Endowment for the Humanities, and the National Science Foundation.