What We Don't Know About Teachers' Home Internet Access 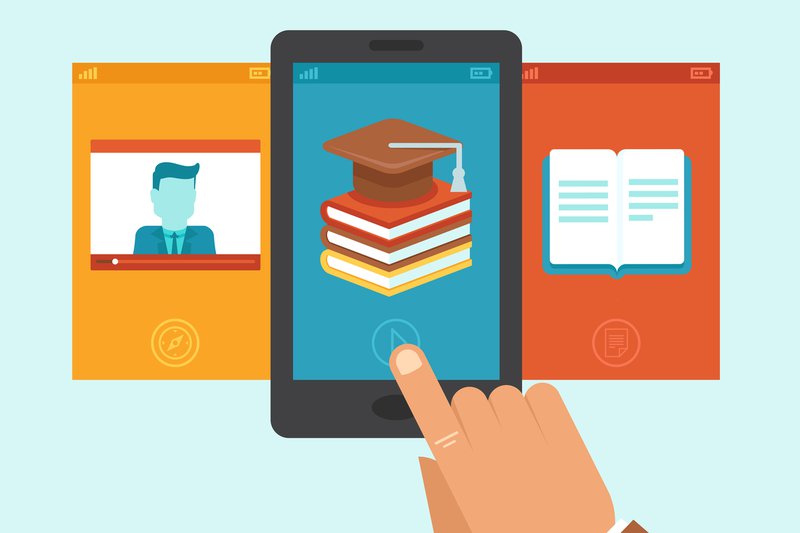 When schools across the country were forced to shutter abruptly last month, headlines plastered the news with urgent questions about remote teaching and learning in times of crisis. Soon thereafter followed questions about which online platforms were best, which software systems would be used, and what pandemic pedagogy would look like. Then, Internet access. Can students even get online? Who can and who can’t? What could or should learning look like for those who can’t? New America has surfaced some of these important questions about the implications of a new type of reliance on emergency online learning and what it will mean for the millions of students without reliable broadband connections.

But what remains largely absent from media coverage, nationwide analyses, and research is home connectivity among teachers. Do all p+PreK-12 teachers have Internet access at home? Do they all have high-speed broadband that allows them to stream video and run Zoom classrooms, keeping up with the demands of schools and districts? And, what about those who don’t?

Perhaps unsurprisingly, there are no large scale data on teachers’ home connectivity specifically, but there are separate sources of evidence that show how and why it would be a mistake to assume all teachers can easily get online at home. According to 2019 Pew broadband research, demographic and social factors, such as income level, gender, race, and geographic location are strong indicators of ability to connect at home. When we look at these indicators in the context of the PreK-12 teacher workforce, troubling trends arise.

The National Center for Education Statistics (NCES) shows the average salary during the 2016-2017 school year (last available) was $58,950 for K-12 teachers overall, while the salaries of kindergarten and elementary school teachers were lower, at $51,640 and $54,890 respectively. In 2018, the National Academies of Science, Engineering, and Medicine released Transforming the Financing of Early Care and Education (which New America summarized and recently published with infographics for a general audience here). The research shows these pay disparities are even greater for pre-K teachers, with many still making less than $30,000 a year. Meanwhile, Pew demographic data from the same year show those who make $50,000 or more are between 12% and 40% more likely to have broadband access at home than those who do not. Importantly, the range of salaries among kindergarten and elementary school teachers is greater than it is for K-12 overall, putting more of these teachers below the $50,000 line than middle or high school teachers.

These trends are reflected in gender, racial, and geographic data as well. Pew shows that while the margin is slimmer, more men than women have always had access to home broadband—while 77% of the preK-12 educator workforce is women. The same 2016-2017 NCES data show 80% of K-12 teachers are white, 7% are Black, and 9% are Hispanic. White adults are 13% and 18% more likely to have broadband at home than Black and Hispanic adults, respectively. Lastly, we know adults living in urban and suburban regions are between 12% and 16% more likely to have broadband at home than those living in rural regions. According to NCES, nearly a third (27%) of all K-12 teachers are in rural districts.

There are no publicly-available data on the average cost of home Internet, so it is difficult to know the extent of the burden this places on teachers. In light of this gap, New America’s Open Technology Institute has attempted to capture and compare average broadband speeds at different price points across cities around the world in their report, The Cost of Connectivity. The report’s 2014 (last available) findings show great variability, but one key factor—home broadband costs are consistently higher in the U.S. than in other countries.

With major gaps in the data, there is still a lot we don’t know about teachers’ home connectivity and the exact impact it has on their lives. The data that does exist, however, indicates that the inequities present among the general population are largely mirrored in the educator workforce. With so many PreK-12 teachers in demographic groups that are statistically less likely to have home connections—based on factors such as income level, gender, and geographic region—it is likely that many are without home Internet access. There is one factor that could mean teachers are statistically more likely to have home Internet access: the racial makeup of the teacher workforce. More than 80% of teachers are white, which correlates with greater access. Meanwhile, Black and Brown teachers face greater financial barriers to teaching to begin with, and that correlates with less access.

Despite these numbers and the likely realities they stand for, we’re still asking the world of educators. Not only have teachers been forced to deftly transition their instruction online while continuing to support students and foster classroom communities on top of managing their own disrupted lives, but they’ve had to do so during an unprecedented crisis with variable guidance and support.

Recognizing that all these responsibilities, new and old, require high-speed Internet connections, some groups, including school districts and Internet service providers (ISPs), are beginning to respond. Seguin ISD outside San Antonio, TX, became a model this week by announcing it will provide stipends for Internet access so teachers can connect at home over the next few months. At the same time, the Federal Communications Commission (FCC) announced its new Keep Americans Connected Initiative, which asks ISPs to sign a pledge not to terminate service to residential and small business customers, waive late fees, and provide hotspots to those who need them during the crisis. More than 700 companies have already signed on.

While connecting online is perhaps not the extent of support that teachers need right now, initiatives like these from both providers and specific district leaders are, at the very least, an important recognition of the gap between what we’re still requiring of teachers and the support they need to meet those demands.