Online Learning Only Works if Students Have Home Internet Access. Some Don't. 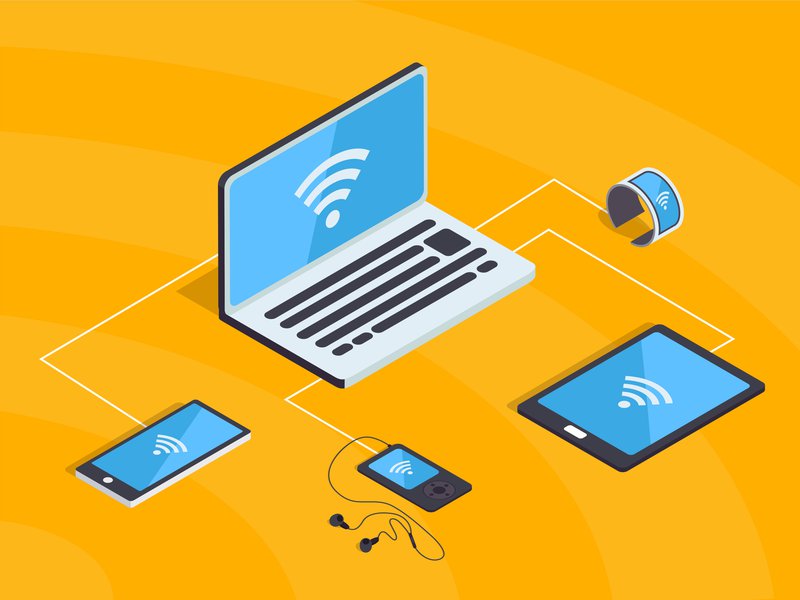 While some states are settling into the second full week of online learning, important questions remain about not only the best methods and tools for remote instruction, but also about who can connect at home and who can’t. Many of the 12 million U.S. children who do not have broadband at home are in low-income, rural, or tribal areas, and, increasingly, the schools they attend are forced to close entirely because they cannot provide access. This inability to connect students at home is precisely what advocates were hoping the newly-enacted stimulus bill would address.

The historic $2 trillion “economic rescue” bill passed last week includes key funding, which New America explains here, for a number of education initiatives ranging from early childhood to post-secondary. What it doesn’t include, noticeably, is a robust response for helping households gain better online access. Some people may assume that, given the proliferation of smartphones in households of all income levels, families and students can simply get online via smartphones and don’t need any support. But taking online classes, studying, and writing on a smartphone is exceedingly difficult—especially with a phone that might need to be shared with other members of a family who are also expected to be online to fill out forms for unemployment benefits or talk to health care providers.

A previous House version of the bill included significant funding to expand both E-Rate and Lifeline, two programs run by the Federal Communications Commission to provide low-income schools and households with broadband. The enacted version of the bill, however, includes no mention of those programs. Instead, it provides just $50 million in connectivity support—for the Institute of Museum and Library Services (IMLS) to purchase internet-enabled devices and provide technical support services.

As New America’s Open Technology Institute (OTI) explains, this lack of large-scale funding will exacerbate an already-detrimental digital divide, known commonly as the “homework gap” for the difficulty it creates for students in completing home assignments. OTI has long advocated for the expansion of Lifeline and E-Rate provisions to address this problem. E-Rate funding has historically been allocated to provide broadband for use within the physical buildings of qualifying schools and libraries. OTI and other consumer and education advocacy groups want the FCC to clarify that E-Rate support can go toward extending connectivity to students and teachers who need it for educational purposes beyond schools and libraries during the crisis as well. This would include the purchasing of Wi-Fi hotspots that schools and libraries can lend to students who can’t otherwise connect at home.

The Lifeline program could be strengthened, too. Several groups including OTI signed a letter to the FCC on March 20th advocating for temporary changes to Lifeline that would help students, including prohibiting disconnection of Lifeline consumers and supporting unlimited minutes and texting for Lifeline subscribers. In lieu of E-Rate extension, Lifeline might at least help the families who rely on it to avoid losing connection during the COVID-19 crisis.

Open Internet advocates aren’t the only ones pleading for this type of quick action. The Schools, Health, and Libraries Broadband Coalition (SHLB) started publicly urging the FCC in mid-March to expedite affordable broadband solutions for unconnected families. SHLB has paralleled many recommendations put forth by OTI and others to allow rural schools and educational nonprofits to claim Educational Broadband Service licenses and to authorize funding for wireless internet service providers to deploy broadband in unserved areas where schools are closed.

A 2016 report from the Joan Ganz Cooney Center found that the primary reason some families do not have home computers or Internet access is that because they cannot afford it, but discounted programs such as Lifeline are reaching very few. It’s no surprise, then, that later data from the National Digital Inclusion Alliance (NDIA) show 462 U.S. cities have 20 percent of households or greater unconnected. NDIA is another longtime advocate for digital equity and, like the many other groups signed onto the letter to the FCC, are strongly advocating for not only increased funding, but immediate disbursement.

It’s important to note the crisis that advocacy groups are attempting to quell is perhaps unprecedented but certainly not unexpected. As these groups point out, digital inequities have existed since digital technology was invented, and the effects of this divide have long been felt by the families most affected. The U.S. has had a sort of window to the future, with stories from China already pointing strongly to the negative impact that being unconnected or under-connected on students’ learning, and the strain many families are already feeling as a result.

For the millions of families navigating childcare, telehealth, and remote working and learning, among other device-required responsibilities, both the ability to connect at home and the quality of that connection matters. It’s no coincidence that the digital divide affects marginalized communities most directly, and it is these communities that must be centered in the solution.