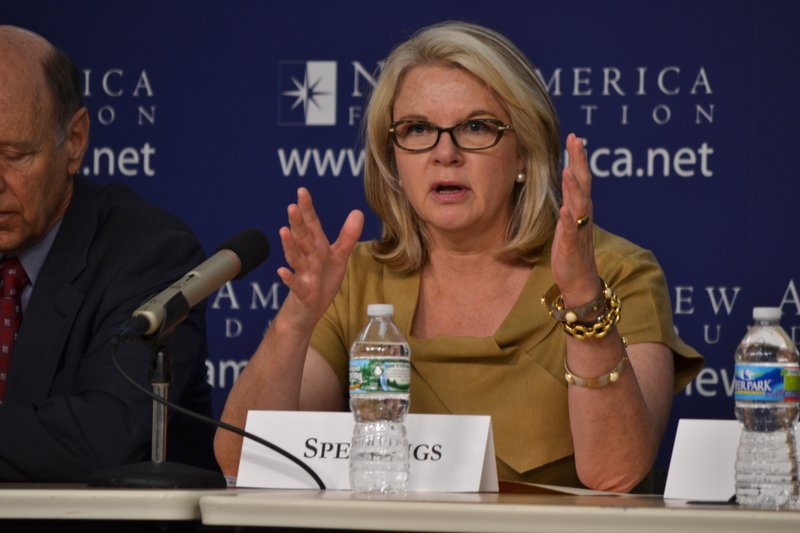 Eleven years ago today, the Department of Education released the culminating report of its Spellings Commission on the Future of Higher Education. That report, spearheaded by then-U.S. Secretary of Education Margaret Spellings, laid out a bold vision for greater accountability and transparency in the postsecondary education system.

But over a decade later, few of the report’s recommendations have been adopted, and many of the proposed improvements have continued to stall:

Perhaps the most clear-cut example of post-Commission failures comes with the topic of transparency, though. The Commission envisioned establishing a data infrastructure able to produce and publish colleges’ outcomes to increase transparency and give students and policymakers the information they need to make smart decisions. Specifically, the report called on the Department of Education to create a privacy-protected, student-level data network that would support the production of data on institutional performance and post-college labor market success. Instead, Congress bent to institutional pressure and instituted a ban on any such system just a few years after the report was published. (Check out our report, College Blackout, for more details on that ban.)

Fortunately, some are still working to making former-Secretary Spellings’ vision become a reality. A new piece of legislation, the College Transparency Act, has gained momentum among both House and Senate education committee members and today has dozens of cosponsors from both Democrats and Republicans, not to mention widespread support from researchers, institutions, and advocates. That bill would allow for the creation of a data system that could drastically simplify the current reporting structure institutions use; increase the availability of high-quality data for students and other stakeholders; and help students and their families to make the decisions about college that are right for them.

And, promisingly, in the meantime, the Department of Education has worked to release what data it can on institutional outcomes--demonstrating a bipartisan commitment to openness of data. It launched the College Scorecard in recent years to house never-before-released data on student debt, completion, and post-college earnings, and has continued to back that vision of heightened transparency by adding new reports on institutional compliance and other to the FSA Data Center.

The Spellings Commission did much of the hard work of identifying significant and persistent problems in higher education. But it’s up to Congress and the Department of Education to implement solutions to those problems. Here’s hoping we won’t be having the exact same conversation--again--a decade from now.