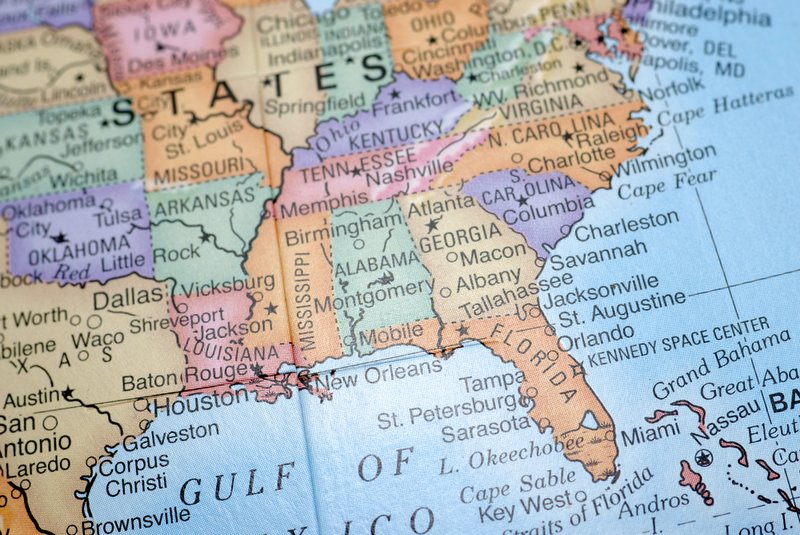 The number of English learner (EL) students in PreK-12 schools across the country is rising. But where populations are increasing most might surprise you. Trends don’t track with historic immigration destinations, like states along the southwestern border or those with major coastal cities, such as California, Florida, and New York. Instead, the most rapid rates of EL growth are concentrated in a new setting: the Southeast.

A recent New America data visualization project illustrates these trends using National Center for Education Statistics data from 2004 to 2014. The top five states with the highest EL growth rates are:

For the most part, the increase of ELs stems from a boom of Hispanic immigrant families moving to the South, drawn to jobs in construction, agriculture, and food processing industries and to low-cost housing. Beyond Spanish, a diversity of other languages and cultures are increasingly present beneath the Mason-Dixon Line. For example, in Mississippi, schools are seeing an increase of residents speaking Arabic, Chinese, Vietnamese, Tagalog, and other languages. Immigrants from the Middle East and South Asia, many filling shortages in medical professions, have added to the growing linguistic diversity of the Southeast.

What do these migration trends mean for equity in English learner education?

Many schools on the frontline of Southeastern demographic shifts are experiencing a shared set of challenges. Among a variety of issues, like finding prepared teachers and engaging immigrant families, the design of effective instructional models is a key concern. For schools newly working with ELs, the “pull-out” model—where students are physically removed from mainstream settings to receive ESL services—is a common approach. It’s one of the easiest to implement, but research suggests it’s one of the least effective.

“That’s the least favored model as far as what the outcomes look like, but one does what one can,” EL expert Patricia Gandara told The Hechinger Report in an article on Mississippi ELs. (To be clear, many historic multilingual communities are far from executing ESL models in utopian ways; however, they have the benefit of experimenting with methods over a longer arc of time.)

In contrast to pull-out ESL, several places across the country—like Oregon and New York—are taking more “integrated” approaches to language learning and academics, which studies suggest yield stronger outcomes. “Integrated” ESL can occur either through “push-in” models where an ESL specialist works in tandem with a mainstream teacher or through explicit trainings on embedding linguistic supports directly into content instruction. Newcomer programs, many of which focus on recently-arriving middle and high school ELs, are another way to support diverse ELs’ unique needs. The NYC-based Internationals Network for Public Schools is a high-performer with this model, and recently launched new sites in Kentucky and Maryland to serve secondary ELs.

Two-way dual immersion—where ELs of one language background and non-ELs are integrated to learn core content in two languages—is another model, gaining popularity as the “gold-standard” for ELs at the elementary level. Some parts of the Southeast are starting to embrace this strategy. Harrisonburg City School District, located in rural Virginia, represents a promising example of leadership in this area with dual immersion programs at four of its five elementary schools. North Carolina and Georgia are two other Southern states moving ahead with dual immersion for all students.

Ultimately, as districts grapple with demographic shifts—in the Southeast or otherwise—a menu of EL instructional solutions is critical, one that can factor in the realities of local capacity across different geographic areas. Districts will inevitably be at a different points in the conversation around EL equity and at different stages of experimentation on what works best for their unique populations with limited resources.

In addition to grappling with the nuts and bolts of instructional programming, there are clear implications related to how EL growth intersects with Southeastern politics and broader public opinion. It’s no secret that the region, on the whole, is distinctly conservative, a political posture historically at odds with expanding multilingual services. Four of the five highest-growth EL states—South Carolina, Mississippi, Arkansas, and Kentucky—voted decisively for Republican President Donald Trump.

It’s no secret that the region, on the whole, is distinctly conservative, a political posture historically at odds with expanding multilingual services.

Hardline, right-leaning politics against unauthorized immigration at the moment represent a serious challenge for EL equity. For instance, public comments from a school board chairman in South Carolina are emblematic of resistance to serving ELs: “There’s things we don’t want to spend money on...I don’t want to hire any more ESOL teachers,” Chairman Joe Defeo said. “Why are we paying [so much] extra a year when half of the kids we’re teaching are not even here legally?” In Mississippi, advocates noted how many schools refused to enroll students without documentation in recent years, in violation of federal laws under Plyer v. Doe protecting the right of all students to receive a public education regardless of immigration status. A Republican state representative in Oklahoma proposed coordinating with immigration enforcement to round up all ELs and (to illegally) check their legal status: “Do we really have to educate noncitizens?” he asked.

These public questionings of civil rights law are disturbing. It’s how our politically polarized climate manifests at its extremes. However, there are also more moderate, conservative actors, and they play a critical role in broadening coalitions for ELs. Elevating the visibility of EL leadership in “red” states can serve as a model for others in similar contexts. One recent, rare example of this is in Rep. Jana Della Rosa, a pro-life, pro-gun conservative Republican member of the Arkansas House of Representatives. She recently led the passage of state legislation to more fairly evaluate ELs’ performance using growth metrics for accountability. “We educate every kid that comes in,” she told me.

Overall, the trend of EL growth in the Southeastern region is an important one for the broader community of EL policy leaders, advocates, and thinkers to heed. While the lion’s share of ELs still continue to reside in historic hubs (i.e. California, Texas, Florida, Illinois, New York), EL families are increasingly settling in new locales. It is therefore vital to link these two spheres of long-standing and newly-emerging EL communities to cross-pollinate and share resources, institutional knowledge, and other insights. New EL leaders need a range of solutions that are viable in politically diverse contexts but do not compromise principles of evidence and equity.

See below for our new data visualization map.