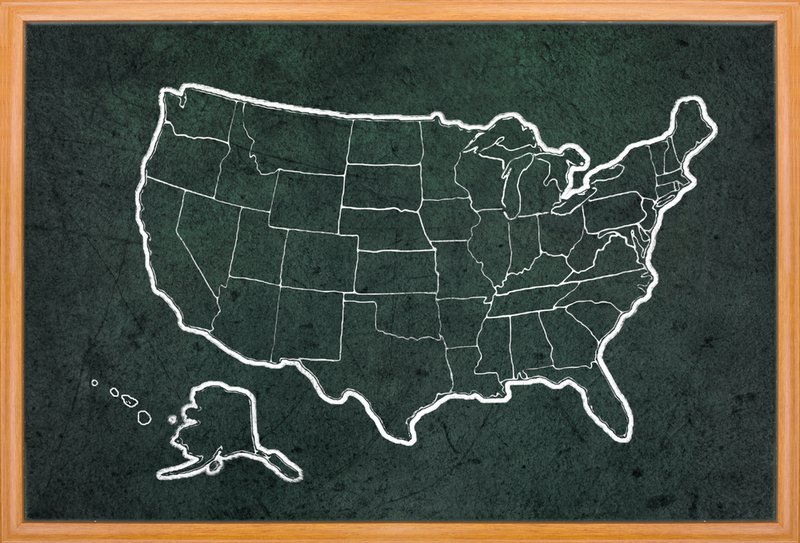 All too often, low-income, students of color  — a population that overlaps with many dual language learners (DLLs) — face an educational “opportunity gap.” Compared to whiter, wealthier peers, these students are not afforded equitable access to resources and experiences that would empower them to succeed. Policymakers and practitioners eagerly seek to identify interventions to disrupt this status quo.

While it is unlikely that a silver bullet exists, what can be done to help level the playing field?

Many education leaders increasingly see the expansion of dual immersion programs as a promising answer to that question. A growing body of research shows that dual immersion models are particularly powerful for raising the academic achievement of DLLs. Over time, the model is consistently more effective at getting these kids to achieve in English literacy than English-only models of any variety, whether pull-out or push-in ESL services or mainstream classroom supports. At the same time, dual immersion has been shown to boot outcomes for all students, so everyone benefits.

Given the potential of this model, many states and district across the country are expanding their dual immersion offerings. To gain a better sense of these efforts, a recent report by the U.S. Department of Education from researchers at the American Institutes for Research (AIR) takes stock current state policies, practices, and challenges around implementing dual language programs.

The report relies on four data sources. The researchers conducted a comprehensive review of the literature on dual language programs (published over the last 10 years) and then mapped each of the 239 articles onto the guiding questions underlying the current study. Databases and resources, such as the Education Commission of the States, Colorín Colorado and the National Assessment of Educational Progress (NAEP), were also reviewed. However, the majority of information on state policies and programs was pulled directly from state websites. Finally, the researchers conducted case studies of six states (Delaware, Utah, North Carolina, New Mexico, Illinois and Massachusetts) that have varying policies related to dual language and bilingual education.

As the report highlights, one of the biggest obstacles to tracking national trends on dual immersion programs is the fact that terms are used inconsistently across states and districts. This makes it difficult to understand who exactly who these programs are serving and how academic results compare across and within states.

Indeed, there are several different dual immersion models with different goals — and they do not all yield the same results for DLLs. Namely, two-way dual immersion is the gold standard, “Ferrari” model, and usually produces the greatest gains for these students. This model integrates DLLs and native English-speaking peers together, so language learning occurs in both directions (“two ways”) in English and the DLLs’ home language. But it can be hard to balance enrollment evenly by language (and maintain that balance over time), so two-way dual immersion is also harder to maintain.

One-way dual immersion programs group students predominantly from one language background, either as DLLs or as native English-speakers. This more segregated approach also raises DLLs’ reading scores — but not at dramatically as the two-way approach. Furthermore, one-way dual programs often emerge as an enrichment strategy geared towards native English-speakers, rather than an equity-minded intervention for DLLs.

For DLLs, both types of these immersion models are unique because — unlike another other type of federally-permitted language instruction program — they stay in the program even after they reach English proficiency. (Paradoxically, this can present funding problems: if an DLL reaches English proficiency and exits DLL status, there can be less federal and state DLL dollars to continue supporting the very dual immersion model that helped them succeed). By contrast, “transitional” bilingual programs only use native language instruction for a temporary period. In this model, native language bridge students into English-only classes over time. Importantly, such a transitional model — while better than pull-out or push-in, English-only ESL — has not been shown as effective at closing academic achievement gaps for DLLs as dual immersion.

The report found that a majority of states are implementing at least one of the dual immersion models in their schools. Spanish and Chinese were the most common partner languages. A few states — Delaware, Georgia, Utah, North Carolina, and New Mexico — had instituted specific state models or articulated program expectations. But, for the most part, decisions over student eligibility and design elements, including how much time is spent in the partner language and how much time in English, were made locally. Again, this makes it hard to systematically describe dual immersion enrollment and achievement trends among states.

Despite decentralizing control and implementation of these programs, states do play a key role in creating conditions that make it more likely for dual immersion to crop up. Delaware, Utah and Georgia each have created initiatives to create and expand dual immersion programs. For example, Utah’s 2008 legislation to create multiple pilot dual language programs spurred the creation of the state’s 138 programs. Five states — Connecticut, Illinois, New Jersey, New York, and Texas — have laws requiring that DLLs have access to bilingual education. A growing number of states are also adopting a Seal of Biliteracy, a formal recognition for high school graduates who are fully bilingual and biliterate.

The shortage of qualified bilingual educators also makes high-quality dual language program implementation difficult. States utilize multiple strategies to circumvent bilingual teacher shortages. Several states have partnerships with other countries to bring in teachers on J-1 visas that allow them to teach in the US for a few years. Additionally, states such as North Carolina have developed alternative certification programs and districts such as Minneapolis and Portland Public Schools have created teacher residency programs to grow the supply of bilingual educators.

States also have a significant role to in shaping the preparation and certification of dual language teachers. These teachers need to possess not only the knowledge necessary for their grade level/content area, but must also understand the process of second language acquisition, have strong proficiency in the language they teach, and be able to “differentiat[e] instruction according to the language level and background knowledge of individual student,” noted the report. To that end, 26 states offer certification in bilingual education and one state, Utah, has created credentials explicitly for teachers in dual language programs.

The report also took stock of how states evaluate program quality through standards and assessments. For measuring DLL gains in English language proficiency (ELP), as required in federal law, most states partner with one of the two major DLL consortia: WIDA (36 states and D.C.) or ELPA 21 (9 states). However, there is wide variability in how states define student progress and attainment of proficiency for DLLs using the state ELP test. For languages other than English, federal law allows, but does not require, states to assess native language proficiency. At least five states — Delaware, Kentucky, New Mexico, Oregon and Utah — require programs using state funds for dual immersion to assess partner language development annually. And at least three states — North Carolina, Ohio and Utah — use ACTFL’s scales to set grade-level targets for partner languages.

Data on non-English language development is critical for ensuring that both languages are valued equally — and for gaining a full picture of a student’s progress. Education leaders must remember that the dual immersion model takes students on an entirely different language development trajectory. In dual immersion, students may develop English proficiency more slowly; however, they overtake peers in English academic achievement by fifth grade. Without an appropriately patient perspective, English data in the early years on dual immersion students might lead policymakers to erroneously conclude the model is ineffective.

Taken together, the report comprehensively illuminates the status of dual immersion programs in the United States and key challenges facing their implementation. It serves as an important reminder that we need a more systematic account of dual immersion programs nationwide to gain a clearer understanding of their impact over time and across different contexts. Moreover, while dual immersion is an exciting approach to boosting student outcomes, it requires a well-devised strategy and substantial effort from state, local and school leaders to execute, sustain and scale at a high-quality. Dual immersion has great potential to close opportunity and achievement gaps — not as quick fix — but as a long-game strategy.Click here to read the new report.