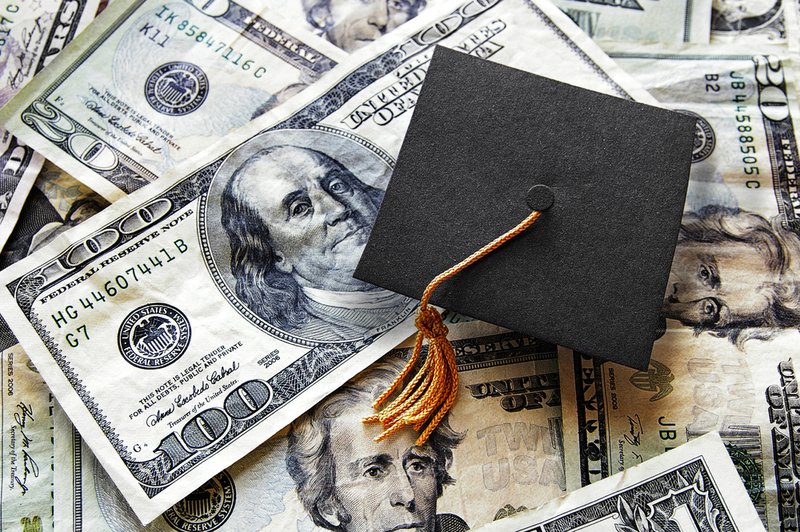 On December 12, 2007, Sallie Mae announced that the extremely lucrative buy-out deal that it had reached earlier in the year with an investor group led by the private equity firm J.C. Flowers & Co. had gone up in smoke. A week later, Sallie Mae executives began to acknowledge the rapidly deteriorating state of the company's private loan portfolio, particularly among those high-risk loans it had made to sub-prime borrowers at some of the largest chains of for-profit colleges in the country.

Was the timing a coincidence? Or had the student loan giant's leaders engaged in a deliberate scheme to mask the company’s true financial condition to make sure the deal — which promised to bring great riches to its board members, including chairman Al Lord, who was set to rake in $225 million — was consummated?

Those questions are at the center of a class action shareholder lawsuit (click here for part 1 of the complaint and here for part 2) that a federal judge in Manhattan has allowed to proceed against Sallie Mae [SLM]. Late last month, William Pauley of the Federal District Court in Southern New York rejected a motion by Sallie Mae to dismiss the lawsuit, saying that the investors suing the company had provided sufficient evidence of possible wrongdoing to allow the litigation to move forward.

The case dates back to the fall of 2006 when Sallie Mae put itself up for sale. In the immediate years preceding, the loan company had forged sweetheart deals with some of the largest chains of for-profit colleges in the country, including Career Education Corporation, Corinthian Colleges, and ITT Educational Services, as Higher Ed Watch has previously reported. Under these arrangements, Sallie Mae agreed to provide funds for private student loans, with interest rates and fees totaling more than 20 percent per year, to low-income and working class students at these schools who normally wouldn’t qualify for them because of their poor credit records. Sallie Mae apparently viewed these loans as “loss leaders,” meaning that the company was willing to make these loans, many of which were likely to go into default, in exchange for becoming the exclusive provider of federal loans to the hundreds of thousands of students these huge chains collectively serve.

As they started to shop the company around, Sallie Mae executives, the lawsuit says, decided to double down on this risky strategy. "Defendents sought to increase short-term profits in an effort to negotiate a sale to the Flowers group (or another buyer) at an attractive premium and convince investors that an acquisition on favorable terms was likely,” the complaint states. “The scheme consisted of writing billions of dollars in private loans to high-risk borrowers, recording increased income from these loans (as a result of increased loan volume and higher rates of interest SLM was entitled to receive on the loans" as compared to federal loans), and "underreporting expected losses.” From June 2006 to December 2007, Sallie Mae’s private loan portfolio “more than doubled,” from $7 billion to $15.8 billion.

To make the strategy work, Sallie Mae officials needed to find a way to mask the amount of risk the company was taking on. Their aim was to keep delinquency and default rates on these high-cost loans artificially low while the buy-out deal was pending, the lawsuit says. Otherwise, they would have had to significantly raise the amount of money they held in reserve to cover possible losses on these loans -- which would have “reduced reported income and earnings” and ultimately the company’s value.

According to the lawsuit, Sallie Mae officials found an easy solution: pretend that the problems with the portfolio didn't exist by pushing delinquent borrowers into forbearance. By manipulating the company's forbearance, they could ensure that delinquent borrowers would not default on their loans until after the buy-out deal was completed and ownership had changed hands.

In its public disclosures at the time, the company assured investors that it was carefully screening borrowers to ensure that forbearance would be granted only in cases where it increased the likelihood that they would repay their loans. But, the lawsuit says, nothing could have been further from the truth. Instead, “borrowers were routinely granted forbearance, sometimes repeatedly, without being screened to ensure that forbearance would improve their ability to repay the loans,” the lawsuit says. By doing so, Sallie Mae was able to count these loans as current, and, as an added benefit, was able to “record millions of dollars of additional interest on these loans.” While being in forbearance allows borrowers to temporarily stop making payments, interest continues to accrue on the loans, increasing the size of the borrowers' total debt load.

But assuming these allegations are true, how did Sallie Mae carry out this strategy? According to Interviews that the investor group’s lawyers conducted with about a dozen former Sallie Mae call center employees, the company used classic boiler room tactics to pressure and entice its collections personnel to push as many sub-prime borrowers into forbearance as possible.

According to these confidential interviews, call center employees were given a daily quota of delinquent loans to bring current -- either through forbearance or collections. Employees who failed to meet these goals (which could be as high as $1 million a day) were written up. Those who repeatedly fell short could be terminated. Those who met their goals, however, were rewarded with generous bonuses that were based on “the dollar amount of delinquencies eliminated as a result of granting forbearances.” These bonuses, which ranged from about $3,000 to $5,000 for top earners, represented a significant sum for the employees who were generally paid by the hour, the lawsuit states.

As a result, these employees didn’t have any incentive, the lawsuit states, to screen borrowers before putting them into forbearance. In fact, the former employees say they never asked "about the borrowers’ financial resources or ability to repay the loan.” The only condition borrowers had to meet was that they had forbearance time available. Borrowers could generally stay in forbearance for up to 24 months, but even this standard was not strictly adhered to. For instance, one of former employee who was interviewed recalled seeing an account that had been in forbearance for 88 months.

Overall, from 2006 to 2007, the amount of private loans that Sallie Mae put in forbearance doubled to $2.4 billion.

As late as October 2007, Sallie Mae officials were still touting the strength of their private loan portfolio. During a conference call with investors that month, C.E. Andrews, Sallie Mae’s chief executive officer at the time, responded to a question about the portfolio's credit quality by saying:

We see the right trends and the right signs occurring there… in the third quarter, our loan loss provision was some $90 million less than in the second quarter, and we see that the charge-off rates and levels and delinquency rates are trending in a direction that we had expected.

Sallie Mae officials started singing a far different tune a mere two months later — after the Flowers deal collapsed, and these officials had no choice but to start coming clean about the portfolio's deterioration.

We will have more to say about this lawsuit soon. Stay tuned.