A December 2018 report from Duke University adds another study to the pile of research showing the benefits of pre-K. 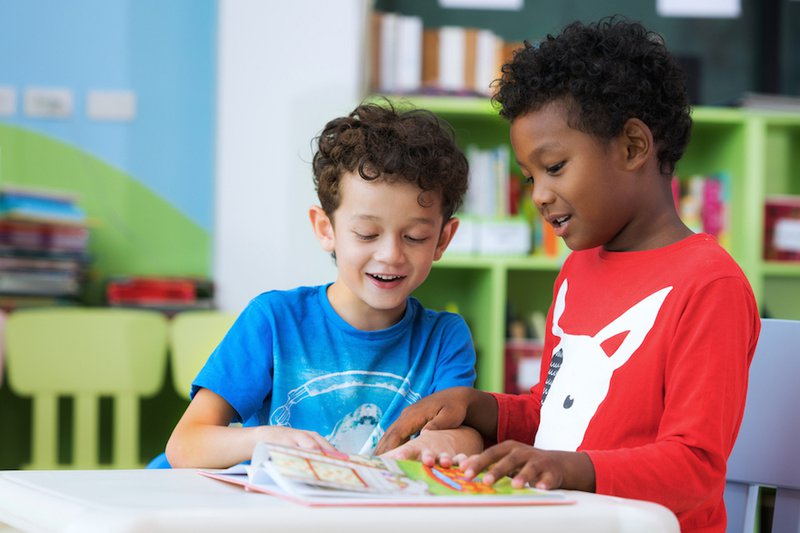 Early education is at the forefront of several newly elected governors’ priorities. The most notable proposed investment in pre-K comes from Gavin Newsom, who would allocate $1.8 billion to expand access, with the goal of setting up a universal pre-K program. Not all pre-K programming is created equal, and governors need to be aware of which types of programs yield the greatest child outcomes. A December 2018 report from Duke University adds another study to the pile of research showing the benefits of pre-K. This study examined the outcomes of the state’s pre-K programming, which proved evident well into middle school.

The 2.7 million students in the Duke University study were evenly divided between 6th, 7th, and 8th grades and were enrolled in North Carolina public schools between 1999 and 2016. Researchers cited funding levels for the state’s pre-K programs, Smart Start and More at Four in the counties where children were born. Researchers compared students’ end-of-year standardized math and reading scores, examined grade retention over students’ academic careers, and indicated whether students had been placed into special education.

The study found a strong correlation between individual students’ assessment scores in reading and math in elementary and middle school and their participation in the Smart Start and/or More at Four programs. Both programs reduced the likelihood of repeating a grade between 3rd and 8th grades. Notably, results showed that Smart Start reduced the placement of children into special education services by 9 percent while More at Four reduced placement by 36 percent. Positive program impacts were consistent from 3rd grade through 8th grade.

Outcomes for vulnerable subpopulations were also significant for children participating in the More at Four program. The More at Four program yielded positive gains for all of the subgroups included in the study. Students whose mothers had lower levels of educational attainment demonstrated greater gains on reading and math standardized tests than students whose mothers had higher levels of education. Students from economically disadvantaged backgrounds averaged higher scores than their counterparts without an early education foundation. Of the demographic subgroups, African American children benefited from the pre-K programs the most.

North Carolina’s focus on improving early education programming began in 1993, with the launch of Smart Start. Now in its 25th year, Smart Start is a coalition of 75 non-profit organizations led by the North Carolina Partnership for Children. The More at Four program ran from 2001-2011, when it was absorbed into the North Carolina Division of Child Development and Early Education and renamed the North Carolina Pre-Kindergarten Program (NC Pre-K). The More at Four program was targeted towards four-year-old children entering kindergarten the following year, whose families earn less than 75 percent of the state’s median income, or come from military families, or demonstrate at-risk factors such as a developmental delay, English language learner status, or a chronic health condition. Currently, NC Pre-K serves 22 percent of the state’s 4 year old population, meets eight of the ten benchmarks recommended by the National Institute for Early Education Research, and is ranked 10th in total spending out of 50 states.

This study sits among a body of research on the effects of early education. A 2017 study of Tennessee’s voluntary pre-K program for at-risk four-year-old children found that the positive effects of pre-K evident at the end of the pre-K program did not persist through 2nd and 3rd grade. Conversely, a 2016 study of Texas’ public pre-K programs, targeted towards at-risk three- and four-year-old children, found that students who attended full-day pre-K programs scored 28 points higher on the standardized 3rd grade STAAR exam and had a 40 percent higher likelihood of reading at a college-ready pace. Programs with higher investments yielded better results. The Texas study revealed that full-day programs, like those in North Carolina, may be more beneficial than part-time programs and that counties that invested the most in early education saw the strongest outcomes in third grade. While traditional measures of pre-K effects use 3rd grade achievement as the key benchmark, the North Carolina study extended through 6th, 7th, and 8th grades, gauging more longitudinal outcomes.

Differences in outcomes between those studies could stem from differences in funding amounts, teacher and principal preparation, the quality of curriculum implemented, and alignment between pre-K and the elementary education grades. It’s important to remember that while strong pre-K programs have demonstrated long-term impacts for children, it is not a one-time inoculation against future academic struggles. High-quality pre-K needs to be followed by strong teaching and learning environments in the early elementary grades. As governors take steps to increase funding for pre-K, they would be wise to also increase investments in children beginning in infancy and to advance policies that support deeper alignment with the elementary grades.