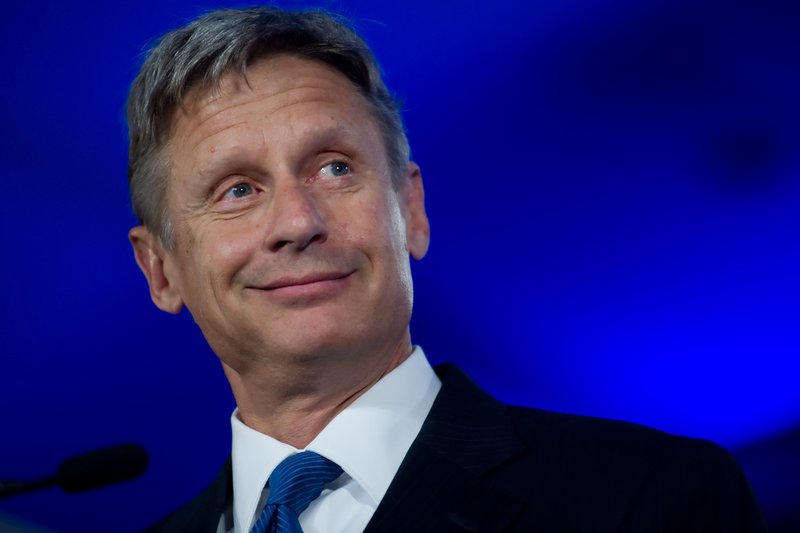 Do the stated positions on higher education policy from both major presidential candidates leave you feeling sad, and like you are choosing between two bad options? Maybe you could vote for Gary Johnson, candidate for the Libertarian Party and former governor of New Mexico. Yes you would throw away your vote, but perhaps he has some smart things to say about higher education.

Johnson is deeply confused about higher education policy. He believes that the reason college costs are so high is because of the “guaranteed government student loans.”

Linking college costs to federal aid is not a fringe theory—it’s called the Bennett hypothesis, named after Ronald Reagan’s education secretary, and there’s some evidence that federal student loans may lead to increased tuition (although it’s not the main reason costs have increased). But what’s worrying about Johnson’s statement is that he called federal student loans “guaranteed.” That word has a very particular meaning in federal student loan policy, and it refers to a program that was abolished in 2010.

Granted, new federal loans are still “guaranteed” by the government, but that’s a very strange word to use in light of the program’s history. Why not call them “government” or “federal” loans? It suggests that Gary Johnson simply hasn’t read up on the federal student loan program since 2010. Which is… concerning.

But it gets worse. Johnson has publicly stated that he’s in favor of reducing interest rates on federal student loans, which is also known as “refinancing”.

I would really take a hard look at how students might, I don't know, receive some sort of benefit or reduced interest rate. I mean, if we can--if the Federal Reserve can bail out all the big banks, it seems to me that we might arrange lower interest rates for these loans to get paid back.

So here’s a guy who believes that federal student loans shouldn’t exist and are the primary cause of increasing college costs. But he also believes that we should offer lower interest rates on those existing loans. A recent estimate suggests refinancing would cost taxpayers $55 billion. Not only is refinancing expensive, but it’s also highly regressive because borrowers who have the highest level of debt (and thus benefit the most from interest rate reductions) have college degrees and tend to earn higher incomes than the rest of the population.

Except Johnson seems to believe it would cost nothing because maybe the Federal Reserve could do it. And in that way, Johnson is also keeping company with Green Party candidate Jill Stein, who wants to erase all student debt using quantitative easing. Jordan Weismann at Slate does a great job of explaining why Stein’s proposal makes no sense. As far as Johnson’s statement goes: the main bailout of the banks came from Congress, not the Federal Reserve. And I can’t quite figure out what Johnson would expect the Federal Reserve to do. Also, Johnson can’t tell the Federal Reserve what to do.

By the way, Gary Johnson also wants to abolish the Department of Education. As I’ve written before, that idea has become more popular in recent years, but also leads to difficult question. Does Johnson, who wants vouchers for K-12 schools, really want to get rid of Pell grant program, the most successful and popular voucher program ever? Given what he’s said so far about student loan policy, I’m not sure I want to know his answer.