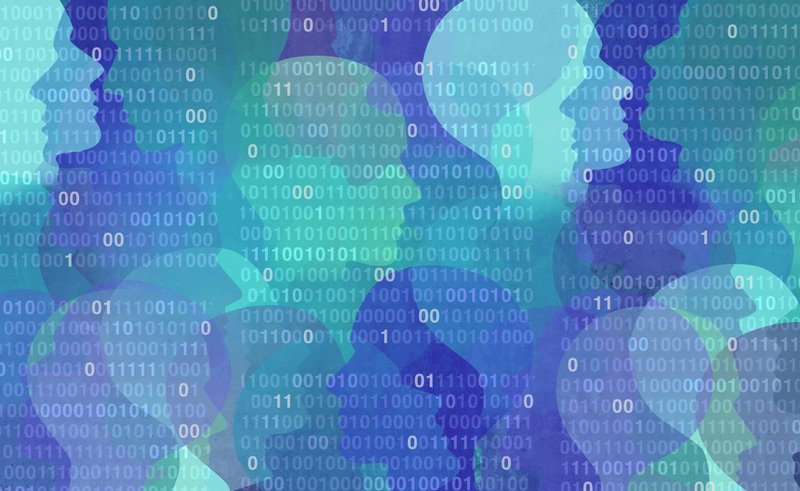 Welcome to Digital Matters, a new monthly series where the Digital Impact and Governance Initiative (DIGI) at New America shares a round-up of articles, news, notable uses of tech, and research we are tracking that may impact the emerging field of Digital Public Infrastructure.

Digital Public Infrastructure (DPI) refers to the digital solutions and systems that enable the society-wide functions and services that are key to modern life – things like data exchange, identity verification, financial transactions, and information systems. DIGI believes interoperable and replicable civic solutions can lead to more inclusive, transparent, and people-centric digital transformation that strengthens communities and builds trust in public institutions. The concept of Digital Public Infrastructure is relatively new and continues to evolve. By sharing these updates, DIGI hopes to encourage cross-sector collaboration and foster greater dialogue in the pursuit of a more sustainable, inclusive, and secure digital future.

So whether you’re a policy wonk, public interest technologist, civil society advocate, or just interested in what’s happening next in civic tech and public innovation, here are the top pieces on DPI, modernization, open source, govtech, and more from the past month.

If there are resources you find interesting or think we should know about, reach out to us at DIGI@newamerica.org or @DIGI_NewAmerica. Let us know what you think, share with your friends and colleagues, and check back next month for a new Digital Matters round-up.

On January 11, 2023, the FAA halted thousands of flights across the country after an outage of the Notice to Air Mission (NOTAM) system that uses real-time data to share information between pilots and coordinate flight logistics. The cause of this outage? A damaged database file of NOTAM, a system installed in 1993 and six years away from its next scheduled update.

A royal mess in the U.K. points to the risks of cyberattacks on mail delivery by Tim Starks, The Washington Post (January 18, 2023)

A ransomware attack on the United Kingdom’s Royal Mail, the nation’s largest mail delivery service, has disrupted international mail services into and out of the country. Starks discusses how critical government services like mail delivery systems can be left vulnerable when not kept up-to-date, highlighting a 2017 ransomware attack on a FedEx subsidiary and a 2014 U.S. Postal Service security breach.

These incidents are just two recents examples of the need to modernize the technology and systems that run critical public systems and services. Open source software (OSS) is just one way governments can stay up-to-date.

In this report, Wood and Lostri survey how governments around the world promote the use of open source software, analyzing approaches, terminology, and successes of OSS. We at DIGI believe software for public benefit, and digital public infrastructure, should be open source by default.

In an opinion piece in the Wall Street Journal, President Joe Biden urges Republicans and Democrats in Congress to work together to find common ground on tech and pursue legislation that will protect privacy and competition. As cross-sector communities navigate the opportunities of emerging technologies with protecting users, regulation is a necessary component of building a better and safer digital future for all.

2022’s seismic shift in US tech policy will change how we innovate by David Rotman, MIT Technology Review (January 9, 2023)

In 2022, the U.S. saw a significant increase in federal investments aimed at transforming the nation’s technological landscape and accelerating digital transformation. Rotman details the impact of this legislation, such as the Infrastructure Investment Jobs Act, the CHIPS and Science Act, and the Inflation Reduction Act that allocated $390 billion for clean energy, and advocates for a greater embrace of industrial policy as a driving force of American technological advancement.

Will the Summit for Democracy and other multistakeholder initiatives advance collaboration opportunities for digital development?

On December 7, 2022, White House’s National Security Council Senior Director for Democracy Rob Berschinski gave a briefing on the second Summit for Democracy. The U.S. will co-host with government leaders from Costa Rica, the Netherlands, South Korea, and Zambia on March 29-30, 2023. The five pillars of the Summit are: supporting free and independent media, fighting corruption, bolstering democratic reformers, advancing technology for democracy, and defending free and fair elections and political processes.

In their annual ecosystem report, DPGA shares how stakeholders including governments, multilateral organizations, philanthropy, think tanks, and technologists increasingly recognized and implemented digital public goods and infrastructure as part of digital transformation initiatives. DPGA highlights this cross sector collaboration as a cornerstone of advancing the field as a force of change.

G20 Was Born Out of Economic Crisis, Now Is G20’s Opportunity to Help Avoid a New One by Gary Litman, U.S. Chamber of Commerce (January 3, 2023)

Gary Litman, the U.S. Chamber of Commerce’s Senior Vice President of Global Initiatives, provides a breakdown of what the G20 is and why it’s important for economic growth. In addition, Litman outlines top priorities for the U.S. within the G20, citing digital transformation as a focal point, with the goal of “connecting more people in a way that is reliable and spurs economic growth through digital payments or enhanced digital infrastructure of the financial sector.”

In December, India began its G20 presidency and identified work around digital public goods (DPGs) and digital public infrastructure (DPI) as one of its top priorities. While DPI-driven digital transformation has global potential, several international civil society groups have already raised human rights concerns over India’s Aadhar, the nation’s first foray into deploying a population-scale DPI solution. Read Anand’s opinion piece to learn more about the road ahead as India prepares for the G20 Summit in September 2023.

What will the future of social media spaces look like?

Concerns over Elon Musk’s takeover of Twitter and the resulting policy changes have many users looking for alternative social media spaces, with some contenders proposing open source solutions or decentralized networks. Schrekinger provides an in-depth look at where the future of these online spaces may be heading. New approaches include everything from Meta’s (formerly known as Facebook) immersive virtual and augmented reality based Metaverse and alternative social networks like Mastodon to decentralized protocols like Nostr and social media aggregation tools like University of Massachusetts Amherst’s Initiative for Digital Public Infrastructure’s Gobo project.

“EXPLAINER: What is the metaverse and how will it work?” by The Associated Press (January 5, 2023)

Not exactly sure what the Metaverse is? Check out this summary from The Associated Press. It covers everything you need to know about the move to virtual and augmented reality.

Many unknowns remain surrounding TikTok’s future in the U.S. as it faces deepening scrutiny in Washington. The short video platform has captivated audiences around the world, however the popular app could face being shut down in the U.S. or ordered to sell itself to U.S. owners by the Council on Foreign Investment in the United States.

What will it take to restore governments’ global trust gap?

Edelman, a public relations and marketing consultancy firm, recently released its 23rd annual trust and credibility survey of 28 international markets. The survey found that declining trust in societal institutions is fueled by economic anxiety and disparity, disinformation, and leadership failure with only business seen as both a competent and ethical actor (compared to governments, non-governmental organizations, and media). However, Edelman survey participants also reported to believe that more constructive action and the best societal outcomes occur when businesses and governments work together.

How can digital currencies and open systems improve digital payments?