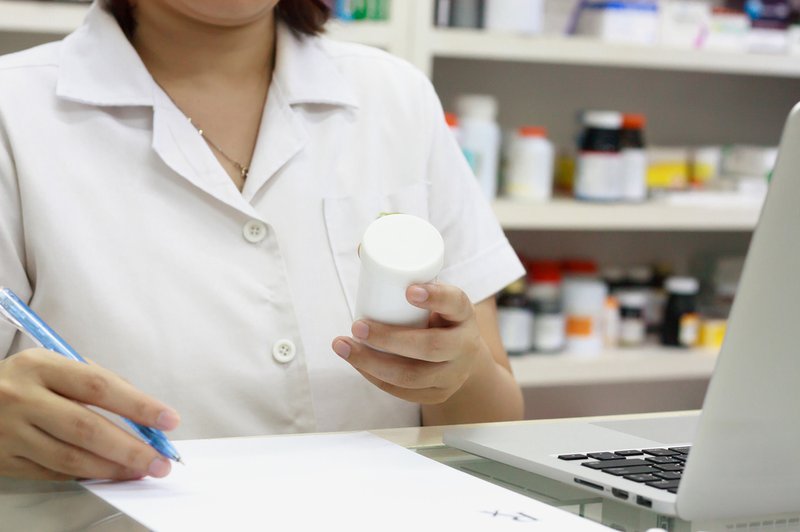 Trust is the cornerstone of the medical profession. When we get sick, we trust that the doctors have our best interests at heart. We trust that the medicine we are prescribed and that we purchase will make us better instead of making our condition worse. And by and large, they do. However, that’s not always the case. Counterfeit medicine is a global problem that has adversely impacted hundreds of thousands of people across the world particularly in developing countries that do not have strong regulation structures and enforcement. There is a stark need for a more transparent global pharmaceutical supply chain and blockchain technology could be the answer.

The market for counterfeit pharmaceuticals is growing at a rapid pace. Revenues from global illegal counterfeit drug trade may be as large as  $75 to 200 billion per year, according to estimates from the U.S. Department of Commerce. The industry is highly profitable; manufacturing and selling counterfeit drugs has been reported to be 10-25 times more profitable than opioid trafficking. Fake medicine has spread so quickly that according to Christophe Zimmermann, an anti-counterfeiting and piracy coordinator at the World Customs Organization, “there may now be more fakes than real drugs in the market.”

The scourge of fake drugs has been particularly acute in the developing world. According to World Health Organization (WHO) estimates, “1 in 10 medical products circulating in low- and middle-income countries is either substandard or falsified”, which ranged from flu vaccines to cancer treatment. Analysis from the University of Edinburgh showed that based on the WHO’s estimate, a total of between 72,000 to 169,000 children in these countries die every year due to fake antibiotics. Counterfeit drugs occasionally make news, such as when more than 1,000 people suffered toxic effects and were sent to the hospital in November 2017 after consuming adulterated medicines in the Democratic Republic of Congo.

Blockchain: A Remedy for the Opaque Global Pharmaceutical Supply Chain?

Distributed ledger technologies, including blockchain, that record transactions in a decentralized,  immutable, and transparent system, could help combat this serious issue. According to a report from The World Bank Group, the traceability of drugs could be increased by using a distributed ledger to track “pharmaceutical raw material and finished products from manufacturers to end-users.” Blockchain can serve as a platform for information sharing across multiple databases on the supply chain and allow different parties to verify the authenticity of the transactions that enter the ledger. Together, these features could  help prevent medicines that do not originate from legitimate manufacturers from entering the pharmaceutical supply chain.

The potential for blockchain to curb counterfeit medicine has attracted attention from pharmaceutical companies and industry leaders. This was evident in the 2017 benchmarking report on The State of Blockchain Adoption on the Pharmaceutical Supply Chain released by the Institute of Electrical and Electronics Engineers Standards Association (IEEE-SA). The report is based on insights from 300 executives familiar with blockchain applications on the pharmaceutical supply chain, including manufacturers, wholesalers, and dispensaries, many of whom are either actively searching for ideas or conducting pilot studies on blockchain’s applications in the pharmaceutical industry.

One of the many initiatives operating in this space is Mediledger. Established in 2017 by Chronicled and LinkLab, Mediledger is a joint venture that aims at enhancing pharmaceutical companies’ capacity to manage drug supply chains and comply with track and trace regulations. Participants of the MediLedger project include leading pharmaceutical conglomerates such as Pfizer and Genentech. According to the Mediledger website, the project has built “proof of concept systems to demonstrate that we could record the change of ownership of prescription medicines in a way that leaked no business intelligence to participants” in 2017. This year, the Mediledger working group has set a goal to further establish a private blockchain ecosystem for the pharmaceutical supply chain.

Accenture announced in March that it is partnering with logistics giant DHL to develop a blockchain-based supply chain prototype to prevent the counterfeiting of drugs. “We see especially exciting potential for blockchain in pharmaceuticals, which is why we focused our proof of concept with Accenture on the life sciences and healthcare industry,” said Keith Turner, CIO Chief Development Office, DHL Supply Chain. According to  a joint press release by both companies, a blockchain-based serialization prototype has been created with nodes in six geographies to improve traceability of pharmaceuticals. Blockchain was able to process more than seven billion unique serial numbers and 1,500 transactions per second according to lab simulations. According to Accenture, results of tracking these medicines will be shared among manufacturers, warehouses, distributors, pharmacies, hospitals, and doctors.

Another example worth tracking is a  London-based blockchain startup and tracking system, FarmaTrust, has formed a partnership with the Mongolian government to create a one-year pilot project to prevent the production and distribution of counterfeit medicines using blockchain and other emerging technologies. This pilot is in early stages.

Those hoping to scale up blockchain projects in the pharmaceutical industry from pilots to long term solutions face one immediate hurdle: designing a sustainable business model that finances the implementation of the solution and creates an incentives structure. This is especially crucial for drug companies operating in jurisdictions which do not have strictly regulated compliance models.

To trace medications using blockchain requires recording and time-stamping the transfer of goods at each point on the supply chain. This requires significant effort and resources, which translates into added costs. Most respondents in the IEEE-SA study believe that pharmaceutical manufacturers should bear the cost of implementation and maintenance and only around 30 percent support the idea of shared implementation. As it stands, it remains unclear how blockchain-based track and trace systems will be financed.

This leads to the second problem of incentivizing stakeholders to participate in this new system. In the United States, many pharmaceutical companies are exploring the use of blockchain in supply chain operations in order to make it easier, more efficient, and cost-effective to meet compliance needs outlined in the Drug Supply Chain Security Act (DSCSA), which was passed in 2013 to mandate that each pharmaceutical packet be traceable to its point of origin by an electronic and interoperable system by 2023. The rule (also referred to as track and trace) applies to manufacturers, repackagers, wholesale distributors, dispensers and third-party logistics providers. In fact, the primary objective of Mediledger is to make it easier for pharmaceutical companies to meet DSCSA requirements.

This is not the case in countries where governmental regulations on counterfeit medicine are either nonexistent or enforced improperly. In these cases, there is less likely to be an alignment of interests among different stakeholders to adopt blockchain in pharmaceutical supply chains. For example, the China Food and Drug Administration (CFDA)’s plan of establishing an electronic drug tracing system in 2015 encountered strong opposition (Link in Chinese) from pharmacists, who stated that scanning the medicine and uploading its information into the system would incur high financial and time costs for pharmacists and greatly cut their profit margins. In addition, CFDA required pharmacists to trace all medicine while hospitals that sell around 80 percent of total medicine were not required to comply. As a result, the drug track and trace system in China was suspended (Link in Chinese).

It is crucial to explore incentive mechanisms that go beyond compliance to better align the interests of manufacturers, wholesalers, and dispensaries to support the adoption of blockchain in the pharmaceutical industry. Allowing consumers or watchdog groups to track the history of the medication they purchase to ensure its authenticity would have an enormous positive impact on re-instilling trust in the pharmaceutical industry and help build a more transparent and efficient pharmaceutical ecosystem that excludes counterfeiters.

The Blockchain Trust Accelerator welcomes the contributions of guest bloggers to its blog, Around the Block(chain), but does not necessarily endorse the views, programs, or organizations highlighted.