When it Comes to Cybersecurity, "Women Created This Field"

A conversation with author Liza Mundy on bringing the story of women in cybersecurity to young audiences. 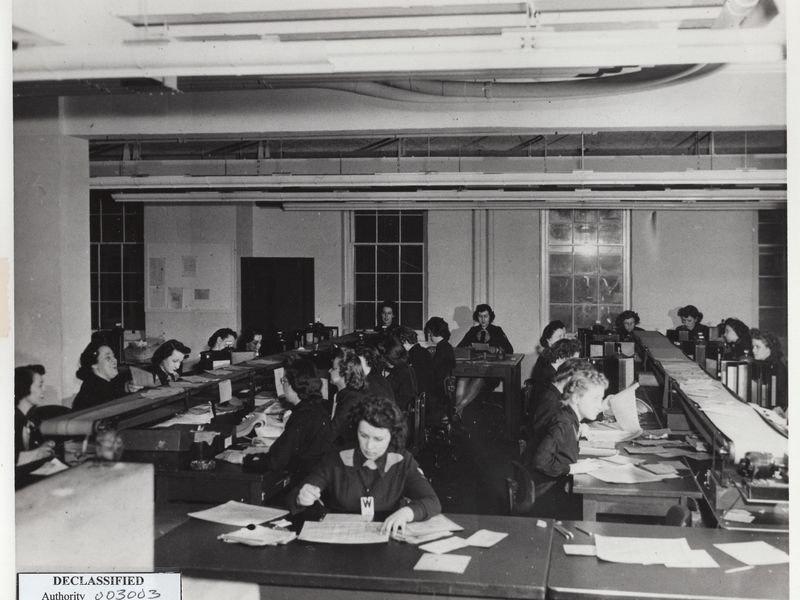 Liza Mundy, a New York Times-bestselling author, was about to address one of the toughest crowds of her career. Since publishing her book,Code Girls, in October 2017, she had captivated audiences at the CIA, the State Department, NASA, the Library of Congress, the Justice Department, and other illustrious institutions. But then the invitation came in fall 2018 to speak to a particularly challenging group of individuals: fourth and fifth graders.

“I was nervous,” Mundy told me. “How was I going to engage these kids? I didn’t have candy.”

Mundy’s book tells the untold story of the female codebreakers who pioneered the field of cybersecurity during World War II, and played crucial roles in winning the war. But to a fifth-grader, World War II is far away and abstract. Mundy thought she could capture the kids with some coding exercises, which she inserted into a PowerPoint presentation. But then, owing to some WiFi issues at the school, the PowerPoint had trouble loading.

In the interim, she remembered something.

“When I was in second grade and was keeping a diary, I wanted to ensure my parents couldn't read my musings,” she recalls. “So I created a cipher in order to write it in code.”

Mundy asked the kids: How many of you have ever tried to communicate with someone else using a secret, coded language?

Every hand in the room shot up.

Mundy discovered that many of the students already knew about the specific ciphers she wrote about in her book – plus others she’d never heard of before. They’d communicated with friends using versions of sign language and more sophisticated versions of Pig Latin. Some had even placed Greek letters over their laptop keyboard so they could write in Greek to a friend, who would then use Google translate to change it back to English.

Long before addressing the fourth and fifth graders, Mundy had thought deeply about how her book could translate into compelling, relatable lessons for a younger audience – particularly girls, who are still underrepresented in STEM careers. This fall, her publisher adapted Code Girls into a young reader’s version. I recently sat down with Mundy to talk more about what she learned in the adaption process, the most interesting students she’s met, and why we need to teach girls considering STEM careers to get comfortable failing. Our edited Q&A is below. (Full disclosure, Mundy is my former boss).

What was it like to see your book adapted for a younger audience? What struck you about the changes that the adapter made?

What struck me first was what a great job the adapter did in understanding what would need to be explained to 12-year-olds about World War II, and the sorts of terms that needed to be defined for that age. For instance, she added a bunch of appendices in the back and a glossary to explain who the axis and allied powers were, what a diplomat or a destroyer was, key dates and events, and how the war started. It’s information that I thought would even be helpful to adults, so I ended up putting some of that material into the paperback adult edition.

The adapter didn’t dumb it down. It still feels like a high level narrative. It doesn’t read like a book for little kids.

What did you take away from your recent experience talking to the elementary school kids?

There’s a universal, deep-seated human impulse to create a secret language to communicate with a close friend. It’s a way of expressing friendship, and conspiring against parents and teachers. For spies and government leaders – they need to develop a secret language to defeat an enemy. For children, the ‘enemy’ is grown-ups. That to me was fascinating. They all wanted to share the secret languages that they had developed. They were so eager to impart them.

You’ve also spoken a lot to high school girls. How do you talk to them about your book and the issues it raises around women’s role in STEM?

I stress the fact that women have been doing this work all along– that so much of our STEM work, including cyber intelligence and security, was pioneered during World War II for military purposes. Computers were developed to calculate weapons trajectories. And cybersecurity was pioneered during war time. I try to make it clear to them that it was women, like Grace Hopper, who were doing this work – designing Navy computers and hacking enemy communication systems – because the men were overseas fighting. I hope that resonates with these young women, so if they hear conversations from people like the Google employee who argued that women are biologically unsuited for STEM, they understand that it’s women who actually created this field.

The other thing I try to stress in my talks is the importance of inclusion. I try to impress upon them that one reason we won World War II was because of our willingness to be inclusive during that period. We were willing to bring women in to do high level math and science. We were willing to have the Tuskegee Airmen prove black men could fly planes. We engaged the Navajo Code Talkers to do what amounted to cybersecurity

The axis countries, particularly Nazi Germany, were the opposite of inclusive. They were killing their marginalized groups. This was one reason we won the war – our willingness to maximize the talent pool. Even though [this inclusive spirit] went away after the war, we didn’t completely go back to the way things were. It set in motion feminism and the integration of military. It was a pivotal moment in global history. And the side that won was the side that was willing to be more inclusive.

Any stories that stick out of particular students who you’ve met in the past year?

In the town of Greenwich, Connecticut, Code Girls was the community read – in other words the whole town was encouraged to read the book. They also had an essay writing competition where middle-schoolers and high-schoolers read the book and wrote about what was meaningful to them. I went up there to give a couple of talks, and met the winning high-schooler and middle-schooler. The winning high-schooler’s father had immigrated from India as a result of religious persecution. She compared my central character – who traveled from her small town in Lynchburg, Virginia to Washington, DC, and persisted in her work – to her dad. Her mother came down and sat down next to me, and said, ‘you can’t believe how much your book has meant to our home and our family.’

The middle-schooler had interviewed her grandmother who was in her early 90s about the barriers to getting a college education for a woman. It seemed to have caused her to appreciate what her grandmother had gone through. Her grandmother had left college and much later in her life, went back and got her degree. There were these intergenerational conversations that were happening as they were reading the book.

Did you ever consider a STEM career?

I used to take apart alarm clocks. If I’d had a charismatic science teacher or had gotten encouragement, I would’ve been attracted to [ a science or math career]. [Earlier this year], had lunch with girls on a robotics team at a private high school. I wish I’d had something like that – I would have gravitated towards a girls’ robotics club.

One member of the club was talking to me about a concept in physics called entangled qubits. These are particles that, even though they are far apart, they’re entangled with each other, so their states are the same. I was sitting there with my mouth open, amazed by how sophisticated her understanding was. I’m struck by how many clubs and resources there are for young women. It’s still a mystery why young women feel excluded, though maybe it’s inaccurate for me to feel like there are enough resources. [The question becomes] why does the terrain still feel so hostile when these women get to college and in workplace?

…When people talk about girls in STEM, or girls going into computer science, they talk about the need to create an environment where young women understand they can fail, and it’s okay. We know young women are more attached to making As, and that girls and young women have more of a problem with failure – maybe rightfully so because they are more punished for that. Creating a psychological tolerance for failure is important in getting girls to stick with it.