How AI Can Better Serve People With Disabilities in China 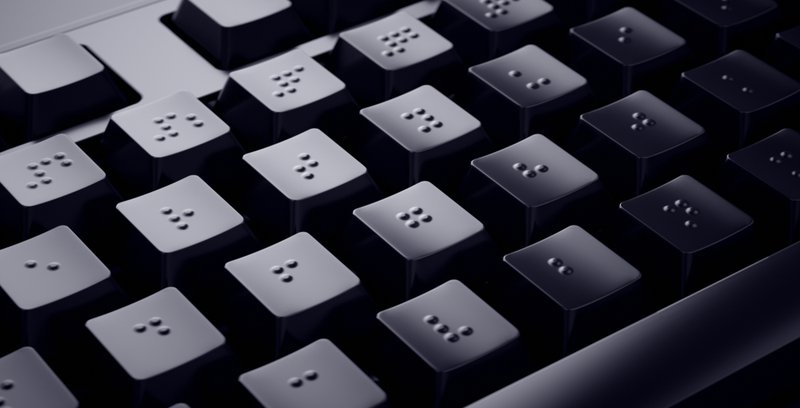 Technological innovation has tremendous potential to both improve as well as complicate the lives of people with disabilities (PWDs). That is perhaps especially true in AI. From more conventional assistive technologies like mobility aids and prosthetic devices to cutting-edge examples such as visual recognition and real-time speech-to-text software, AI is slowly changing the landscape for PWDs and other marginalized groups as they seek to navigate environments that are only rarely designed with their needs in mind.

Even as AI improves the tech available for the conservatively calculated 85 million people in China with some form of disability, however, experts are concerned the government and private sector alike continue to fundamentally misunderstand or misrepresent disability issues in China more broadly, even when AI projects occasionally pay lip service to inclusivity. This is particularly troubling at the present moment, as government officials are just beginning to turn their attention to revising the 2007 Regulations on the Employment of Persons With Disabilities.

These concerns stem in part from the fact that civil society has until relatively recently been sidelined in the process of formulating and implementing formal policy initiatives impacting PWDs, including tech-focused policies and initiatives. On a very basic level, this includes fundamental issues such as defining “disability” and identifying precisely what sort of support—including, increasingly, AI-based technological support—is made available to China’s PWD community.

Even ascertaining basic facts about the size of the population of PWDs in China is difficult; while official statistics offer the aforementioned 85 million figure, experts and human rights groups question the overly narrow definition used by government-affiliated groups like the China Disabled Person’s Federation (CDPF), and estimate the number to be as high as 200 million. Part of this disconnect is the result of the Chinese government’s tendency to shut out the voices of experts from within this community.

Civil society has sought to convince tech companies to invest more heavily in assistive technologies, not solely because they have the potential to transform the lives of users with disabilities, but in order to produce more diverse tools and software that have the potential to evolve into everyday, universal use.

Certainly this is the case at the international level. The United Nations has formally noted that China has effectively excluded domestic nongovernmental organizations (NGOs) from participating in assessments of China’s performance under the UN Convention on the Rights of Persons with Disabilities (CRPD), which the government ratified in 2008. In its initial review of China’s progress in implementing the CRPD, the UN further noted that Chinese laws and policies are premised on the ‘medical model’ of conceptualizing disability rather than the more progressive human rights–based foundation upon which the CRPD was built—that is, official policy has a tendency to address disability as a problem to be mitigated rather than defining, valuing, and actively protecting the intrinsic rights of people with disabilities.

This fundamental miscasting of the role of the state, and subsequently, tech companies, address the needs of PWDs. For example, around the same time the State Council Office of Disabled Workers released new data indicating the unemployment rate of PWDs aged 16–59 was around 45% in 2018, Chinese tech giant JD.com (Jingdong) launched a new employment initiative that has been specifically marketed to PWDs called “Jingdong Micro Labor.” The initiative offers relatively undemanding but stable jobs that provide a small amount of money in exchange for “tagging” or adding classification markers to various data within Jingdong’s database.

The work requires little skill and offers few opportunities for advancement, though it is widely advertised as an AI-sector position. While that in itself is not inherently a problem—and in a society where there is widespread ableist discrimination, many PWDs welcome any employment opportunities at all—advocates are concerned the solution is rooted in a fundamental misconception of the rights of PWDs to attain fulfilling employment and social acceptance.

The State Council’s 2017 New Generation Artificial Intelligence Development Plan makes no mention of using technology to expand available support for PWDs, but it does include a chapter on “Intelligent Health and Elder Care Systems” further suggesting that this approach is entrenched at the policy level. Disability is perceived as a range of medical problems to be treated rather than a starting point in a much larger conversation about how minority groups in China are enabled to engage society on their own terms.

As a result, disability advocacy groups in China have worked hard to promote alternative versions of how AI, and technology more generally, can be shaped to actively affirm the rights of PWDs rather than simply mitigating the practical impact of their disabilities.

Groups like the One Plus One Disabled Persons Public Interest Group, a prominent disabled persons’ organization (DPO), have led the charge in conducting public education campaigns and legal advocacy efforts aimed at pushing government agencies to realize the full extent and spirit of their commitments to the rights of PWDs more generally. One Plus One, along with other DPOs, has also sought to convince tech companies to invest more heavily in assistive technologies, not solely because they have the potential to transform the lives of users with disabilities, but in order to produce more diverse tools and software that have the potential to evolve into everyday, universal use. Speech-to-text software, for instance, was originally developed as an assistive technology for people with visual impairments and is now a key component of voice command functions on many types of smart devices.

Apart from DPOs, other groups with closer ties to industry and government have also emerged, pushing various types of reform. Seizing on the concept of “information accessibility,” for example, the China Academy of Information and Communications Technology (CAICT), which is closely associated with the Ministry of Industry and Information Technology, and the Accessibility Research Association headquartered in Shenzhen have started publishing annual white papers assessing the current state of information accessibility in China and outlining steps to move the issue forward. The 2019 white paper encourages relevant government agencies to establish clearer standards for the private sector to meet as it researches and develops new technologies, including AI applications, that ensure “any person in any situation can equally and conveniently access information and use information,” regardless of their age or disability status.

These efforts have not gone unnoticed by high-level government actors. In September 2018, Xi Jinping, Li Keqiang, and other key members of top Chinese leadership attended a conference on innovation and disability organized by a quasi-government agency, the Chinese Disabled Persons’ Federation.

If the government and the private sector make efforts to listen to the community Han’s exhortation calls them to serve, there could be great potential to more holistically improve conditions for PWDs in China at a time when technological development is reordering so many aspects of everyday life.