Six specialists untangle the past, present, and future in Xi's vision for leading-edge development 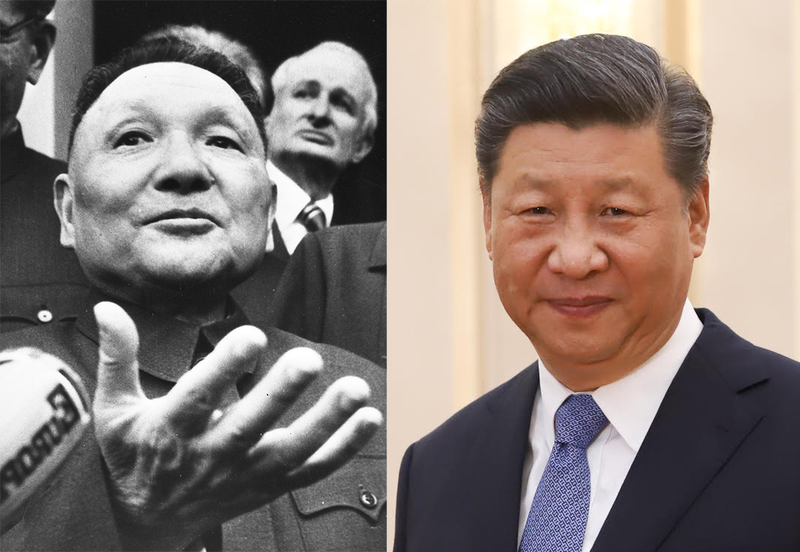 This analysis is part of the DigiChina Project, based at the Stanford University Cyber Policy Center and a joint effort with New America. It provides commentary from a range of specialists on Chinese leader Xi Jinping's Sept. 11, 2020, "Speech at a Scientists' Forum," translated by DigiChina.

Like his predecessors, Chinese leader Xi Jinping's speeches to high-level gatherings are often occasions for significant signaling about the government's priorities and plans, not least in the area of cyberspace and advanced technology. In recent years, he has emphasized "indigenous innovation" in "core technologies" at a time when tensions with the United States have put China's access to key components in question.

This month, on Sept. 11, 2020, Xi spoke to a gathering of scientists and technology workers and delivered a message on the Chinese government's and the Communist Party's relationship with scientific and technological (S&T) development. DigiChina has translated the speech in full.

To understand the significance of Xi's message, DigiChina asked a range of specialists for their thoughts on the historical, policy, and international context for the speech. They describe the speech as a both doubling down on and adjusting the direction of longstanding efforts to strike the right balance between state control and S&T vitality, and they note the ways the 2020 context sets China's situation apart from an earlier seminal speech by Deng Xiaoping in 1978. –Ed.

More than four decades before Xi Jinping gave his “Speech at a Scientists’ Forum” this month, Chinese leader Deng Xiaoping gave his 1978 “Speech at the Opening Ceremony of the National Conference on Science” that ushered in a new era not only for scientists, but also for the party-state and its claims to legitimacy. Balancing an ongoing commitment to Marxist socialism with a desire to distance his administration from the chaos and trauma of the Cultural Revolution, Deng’s speech served three goals. First, it sought to welcome scientists and other technical experts back into the party-state fold, endow them with professional freedom and social status, and align their personal interests with those of the state. Second, it set out Deng’s new vision of China as a modernized, prosperous society driven forward by scientific and technological advancement. Third, it signaled that a technocratic party-state would embrace expertise, pinning its legitimacy on development and “scientific objectivity,” rather than Mao-era ideologies. Ultimately, Deng’s speech was an appeal to a skeptical scientific audience to re-engage with the state, an effort to legitimize the market reforms by linking the national interest with technological advancement, and a deeply scientistic narrative, framing science and technology as a panacea for all of China’s social ills and political woes.

Xi Jinping’s speech this month at the Scientists’ Forum echoed Deng’s speech not only in terms of its content and and its venue, but also in terms of its scientism, its nationalism, its struggle to navigate tensions within Chinese society and the party-state itself, and its anxious desire to shepherd in a new era of Chinese innovation and prosperity. Both speeches promoted science as an engine of economic growth and social stability, and emphasized the national imperative of improving technologies tied to agriculture, industry, and defense—priorities since Deng first adopted the “four modernizations” as explicit state goals. Both Deng and Xi grappled with the seeming contradiction between preserving the central role of the state in technological development and giving rein to individual institutions and private enterprises. They endorsed notions of “scientific” policymaking and the integration of science and technology into governance, seemingly hoping to imbue political decisions with a sense of objectivity.

Central to realizing these dreams of advancement, affluence, equity, and “scientific” governance, however, is the cultivation of human capital. At their core, both speeches were entreaties to potentially skeptical researchers, imploring scientists to work with the state in its goals of social development and scientific policymaking and heralding their previous achievements. Both thus explicitly called for increased social status and professional autonomy for researchers. It is worth noting, however, that the image of the scientist in Xi’s speech was that of a disinterested seeker and arbiter of truth, coveting neither fame nor wealth, and selflessly placing collective and national interests before all else. Not only has this idealized scientific identity rarely existed in reality, it is also seemingly at odds with academic entrepreneurship and the start-up culture that has been at the core of high-tech industries like biotechnology. Such statements are also unlikely to clarify confusion I have encountered during fieldwork in China regarding the legal boundaries around academic entrepreneurship.

At their core, both speeches were entreaties to potentially skeptical researchers, imploring scientists to work with the state in its goals of social development and scientific policymaking and heralding their previous achievements.

Xi’s speech was not a simple echo of 1978, however. The 2020 speech’s research and development priorities included areas like climate change, environmental degradation, biomedicine, epidemic management, and new energy sources; and it more explicitly prioritized innovation-yielding basic research. While Deng and Xi both stressed the importance of China’s global engagement in science and technology, for Deng, global engagement coupled with self-reliance would help China catch up with global leaders. While Xi similarly endorsed a combination of indigenous innovation and global cooperation, he did so while envisioning China as an international leader in high-tech industries and with an explicit goal of attracting foreign scientists to China’s domestic job market. While both sought to balance an allegiance to socialist theory with a desire for prosperity achieved through reform, Deng engaged in discursive acrobatics to justify bringing experts into the elite, characterizing science as a productive force in the Marxist sense, and ultimately legitimizing market construction. In contrast, Xi’s assertion of the socialist system’s ability to concentrate resources for major projects seemed dated, and signaled at least the potential for increased state intervention into China’s vibrant, competitive technology ecosystem.

Some will use Xi’s claim that “science has no borders, but scientists have motherlands” as evidence to justify ongoing suspicion of global collaboration, or of Chinese-American researchers and Chinese students in the United States. But one need not implore and flatter those already committed to one’s cause. Xi’s speech, like Deng’s in 1978, seemed tuned to build bridges and alliances with a group not fully on board—reaching out to experts irked by the state’s repeated interventions. Moreover, given its dominant historical continuities, Xi’s speech did not seem to represent a policy departure, but rather a reiteration of longstanding party-state goals.

At root, Xi’s speech was also a simple attempt to drum up nationalism around science and technology, a rhetorical strategy used over the decades by countless Chinese officials and American politicians alike, particularly when facing periods of economic and political tumult.

By Paul Triolo, Eurasia Group and the Paulson Institute

Xi’s speech followed a major study session in which senior Chinese leaders listened to input from a range of scientists on how to deepen structural reform and innovation in the science and technology (S&T) domain, both issues of longstanding concern to Xi and the country’s leadership. Chinese leaders frequently hear detailed reports from senior S&T establishment representatives, often on critical sectors where China is eager to make progress with its domestic capabilities, such as semiconductors and AI. In his speech following the input from scientific leaders, while much of the rhetoric around science and technology has been trotted out before—think “innovation-driven development strategy”—Xi critically linked progress in S&T innovation to important new policies, including “dual circulation” and supply-side structural reform, which are currently hot topics in China, particularly in the wake of the pandemic and amid U.S.-China confrontation. He also linked S&T strength to ensuring industrial supply chain security and stability, a nod to U.S. efforts to restrict access of Chinese technology firms to critical technical inputs via exports controls and other measures. Xi appealed to the spirit of scientists and S&T workers, evoking the spirit of the “two bombs, one satellite” period, and was basically appealing to the Chinese S&T workforce to step up and meet the challenge of U.S. tech dominance with similar sentiment. Much diligence will be required.

Balancing Planning and Autonomy to Squeeze Through Today’s ‘Bottlenecks’

By Elsa Kania, Center for a New American Security and Harvard University

Science remains at the center of China’s agenda for national rejuvenation. As this latest speech highlighted, Xi Jinping regards the strategy of “innovation-driven development” as critical to sustaining the country’s advancement on all fronts. As his invocation of the 1960s successes of the “Two Bombs, One Satellite” efforts illustrates, this outlook continues a tradition in which science has been harnessed in the service of state power. That legacy of success against the odds remains resonant, especially at present, as China encounters new headwinds. These remarks were candid in pointing to technical “bottlenecks” that Chinese research has yet to overcome. Meanwhile, U.S. policies that exploit China’s dependence upon “critical and core” technologies, especially semiconductors, continue to motivate redoubling of the drive for self-reliance and indigenous innovation. The recent frictions in U.S.-China relations are reinforcing this concentration on technological innovation as a concern of strategic importance. In response, China is also looking to expand and diversify its scientific exchanges and international cooperation.

Looking ahead to the 14th Five-Year Plan, which will cover 2021–25, the future direction of reforms and the potential for policy adaptation will be worth watching. At times, China’s approach to science and technology has been characterized or caricatured as wholly state-driven and thus reminiscent of past instances of industrial policies with all of their failings. However, this speech framed the state’s role as marshalling resources and creating a favorable environment for scientific progress, such as by expanding and reorganizing national laboratories. The balance between planning and autonomy in scientific research may continue to evolve. At the same time, there is a tension between this rhetorical commitment to promoting curiosity and creativity in scientific research with the Party-state’s tendency to assert control over scientists and enterprises.

Xi Jinping’s comments at the Scientists’ Forum came at a time when China is facing more external pressure than it has in the past. Throughout the remarks runs an undercurrent of security and political preservation, which he believes is an essential duty of scientists and researchers. Talent quality and their potential as resources for Chinese security interests, be they political or economic, are placed front and center.

Xi's comments are rarely speeches in themselves, and investments will likely prioritize the upbringing of patriotic scientists and the eventual cultivation of a more self-sufficient, spiritually "correct" class of STEM specialists.

Xi’s speech targeted well-known deficiencies of China’s innovation ecosystem, including duplication of effort, skewed research incentives, and poor integration between academia and industry. It put basic research and scientific practice at the heart of China’s development strategy and national priorities. Also notable is Xi’s emphasis on international science and technology cooperation, and invocation of the Maoist spirit of pushing forward strategic national science projects. This rhetorical support for science by China’s central authority, backed by consistent increases in national R&D spending, compares favorably to the Trump administration’s reduction of U.S. federal research funding and undermining or politicization of scientists’ contributions.

A Drive to Channel Resources in a New Way

As unilateralism and protectionism rise internationally, Xi Jinping stresses that China’s reliance on international supply chains in terms of food, energy, and technology leaves the country in a vulnerable position. His answer is a new push for basic science and innovation, driven by supply-side reforms and existing industrial strategies (e.g., Made in China 2025 and the New Generation Artificial Intelligence Development Plan). Basic science has been singled out as the weak spot in the Chinese economy, meaning that we can expect a significant push toward new resource allocation. A fine balance is sought between openness and cooperation with global innovation networks while retaining the distributional strengths of China’s socialist system. The speech underscored that the visible hand of the government is now moving to lift China’s scientific system toward a new era of socialist growth and innovation. Eyes set on 2049.