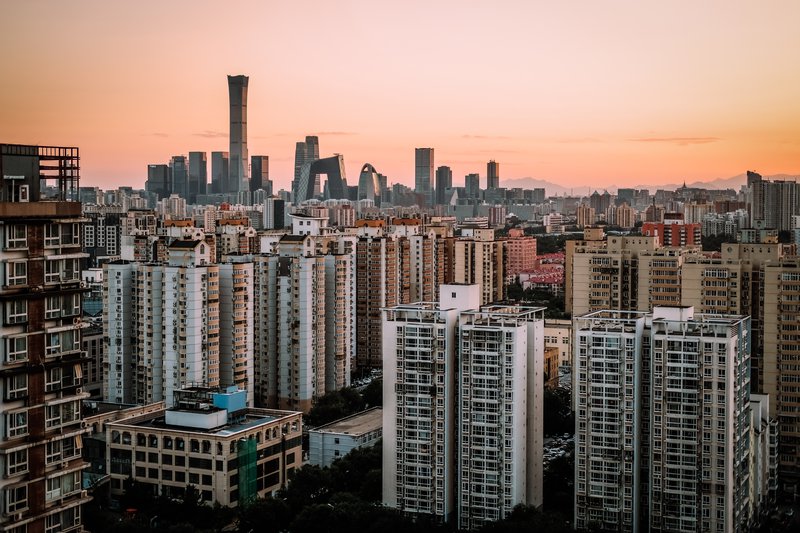 China’s central government plans for national advances in AI industries call for widespread efforts across numerous industries and in academia. The 2017 New Generation AI Development Plan (AIDP) further calls for encouraging “local industry chains and innovation chains around AI” and building “AI industry clusters.” Local institutions across the country have announced such efforts, and the Beijing area, already home to prominent companies and research institutions, is perhaps a prime example.

In November 2018, China’s Ministry of Science and Technology and the Beijing Municipal Government announced the Beijing Zhiyuan Action Plan (the “Zhiyuan Plan”) and established the Beijing Academy of Artificial Intelligence (BAAI). BAAI was formed from a coalition of academic and private sector leaders, with backing from some of Beijing’s most influential institutions and corporations in AI, including Peking University, Tsinghua University, the Chinese Academy of Sciences, Baidu, ByteDance, Megvii, Meituan-Dianping, and Xiaomi.

Here, we provide profiles of Zhiyuan Plan and BAAI, two local initiatives that stand out from the pack because of central government support and location in one of China’s best technologically endowed cities.

The Zhiyuan Plan is a response to a comprehensive web of central and municipal science and technology development policies and initiatives. Where the AIDP provided broad guidelines and goals for the AI industry, the Zhiyuan Plan makes the central government’s directives more concrete.

According to Beijing Municipal Science and Technology Commissioner Xu Qiang, the Zhiyuan Plan is meant to carry out the following four responsibilities:

No major publicly released document is attached to the Zhiyuan Plan, but correlated projects have included the establishment of BAAI and initiation of the Beijing Zhiyuan Scholars Plan, the National New-Generation AI Innovation & Development Pilot Zone ( the “Pilot Zone”), and the Beijing Zhiyuan-Megvii Intelligent Model Design and Image Perception Joint Lab (the “Joint Lab”). The Pilot Zone is the first of its kind in China, while the Joint Lab is part of an evolving institutional domestic model. Over two years, an increasing number of corporate and academic joint AI labs have been established around China, as well as between China and other countries.

Despite this activity, measurements of success are not yet available. The AIDP set out timelines and goals around core AI and AI-related industry scales over the next 15 years. Other measurements of success are likely to be number of citations, share of global markets, winning international AI R&D competitions and contracts, and a prominent role in structuring AI governance, regulations, and standards. However, without specific stated goals set by the Zhiyuan Plan, it will be difficult to tell if its approach is or will be a success.

From the outset of the Zhiyuan Plan, BAAI has played a central role in establishing the complementary institutions and initiatives mentioned above. For its part, BAAI is to serve as an experimental hub for cooperation between the academic and corporate sectors while also receiving support from the government including funding and government data.

BAAI has announced four research focuses and houses two centers. The four research focuses are: mathematical foundations for AI, machine learning, intelligent system structures and chips, and intelligent information search and extraction. Its Center for Open Data Research is led by Tang Jie, an AI expert and Tsinghua University computer science professor. The Center’s priorities are listed as: establishing open data standards, researching core open data technologies, and building an open data shared platform. Zeng Yi, one of China’s most internationally engaged AI experts, leads the Research Center for Artificial Intelligence Ethics and Safety. That center’s work is to involve the exploration of ethics and safety or security principles, as well as the concrete implementation of those principles.

In May 2019, BAAI’s Center for AI Ethics and Safety released the Beijing AI Principles covering research and development, governance, and usage of AI. The Principles are among the first guidelines for AI use in regards to privacy, freedom, and rights, raised by a Chinese government–backed organization. They have the potential to guide future regulation and shape Chinese discourse on new processes for creating rules and standards for emerging technologies.This new approach to AI development aims to move in lockstep with the advancements of leading AI companies and platforms, which emerge as regulatory stakeholders in the process.

Finally, one of BAAI’s most prominent campaigns to date has been the initiation and implementation of the Beijing Zhiyuan Scholars Plan, which is to induct 300 of the top Chinese AI experts over a period of three years. Scholars receive a generous stipend, as well as discretionary financial and data support to carry out their research. BAAI dean Huang Tiejun also explained that beyond this support, the recipients have the freedom to pursue whatever AI project they choose, except those appearing on a non-public negative list.

To this point, BAAI has announced the acceptance of 65 experts to the program: 47 established and 18 rising AI experts. Only four currently work in the private sector, while all others are professors, researchers, and leaders of academic and research institutions. Their research and program focuses include a vast range of topics, including fundamental principles of machine learning, small-sample machine learning methods, and deep neural networks.

BAAI’s strategy appears to be: Provide space, provide funding, and let the experts handle the rest, while setting certain parameters for areas of research. If success in AI fields is to come from experts unleashed from the pressures of the market, this would seem an ideal environment for building a strong domestic ecosystem and leadership abroad. It is yet to be seen whether this government funding model, and the selection of individual researchers, will bear fruit.

Beijing’s Efforts as an Example

The Zhiyuan Plan and BAAI are emblematic of several important trends that also appear in AI development initiatives across China.

The Zhiyuan Plan represents one model for responding to broad central government guidance plans. Typically, national development plans released by the State Council point out a general direction for economic and political priorities but often lack detail regarding concrete steps. Central government departments and local governments are therefore left to determine the concrete measures to advance broader goals. The implementation of the Zhiyuan Plan is an example of the Chinese bureaucracy’s recurring pattern of top-down directives and bottom-up execution.

The Zhiyuan Plan serves as a model for AI ecosystem development that other municipalities could emulate. Beijing’s AI ecosystem is unique. It has one of the friendliest innovation regulatory environments and some of the world’s most advanced companies and institutions in AI R&D. Not all cities boast the same resources, but other municipalities are showing signs of incorporating elements of the Zhiyuan Plan to advance the national AI ecosystem. Already, China’s second AI Pilot Zone opened in Shanghai in May 2019. In September, plans were announced for another 18 national pilot zones by 2023. Not all municipal strategies and actions will be the same. They will vary based on each city’s perceived advantages and individual officials’ choices. For example, the annual World AI Conference held in Shanghai is quickly becoming a prominent forum for global AI innovation exhibition and debate. Organized by the Ministry of Science and Technology and the Shanghai municipal government, the conference was attended by over 170,000 people in its 2018 inaugural year, and in 2019 was headlined by Elon Musk and Jack Ma.

The Zhiyuan Plan is intended to shore up weaknesses in China’s AI ecosystem. Despite the rapid pace at which China’s AI ecosystem is developing, there are still gaps between China’s achievements and its ambitions. These include gathering and retaining top AI talent, building a strong discourse on ethics, governance, and technical standards, and developing a widely-used machine learning framework. BAAI is emblematic of the steps the Ministry of Science and Technology and Beijing municipal government are taking to shore up these areas given their critical role in furthering the State Council’s AIDP. While elevating status and resources for engineers will help with talent, the other two gaps are far more complex. Open source framework development is a complex endeavor, and a framework is only truly successful if it is widely adopted. A strong discourse on ethics, governance, and standards would also require a careful balance of government incentives eliciting corporate buy-in, coupled with freedom for independent research and opinion.

The Beijing AI Principles are a potential map for future China AI regulation and governance. Among the goals AIDP set for China’s domestic AI ecosystem and global footprint by 2025 one was the “initial establishment of AI laws and regulations, ethical norms and policy systems, and the formation of AI security assessment and control capabilities.” Playing a central role in the development of international standards, governance practices, and regulations is one way to help secure Chinese prominence in future markets. The Beijing AI Principles demonstrate China’s focus on the topic and intention to collaborate internationally on AI governance and standards.

At the same time, the Beijing AI Principles likely have significant potential to guide future regulation of the field domestically. BAAI boasts collaboration among academics, the government, and industry. It therefore has the potential to work with companies to identify how to concretely work these still vague principles into actual AI research, development, and application. The future development of these or other principles could lay out a map for legal regulation, R&D, governance, and application of AI tools. ◆

Joseph Michaels contributed to this article.