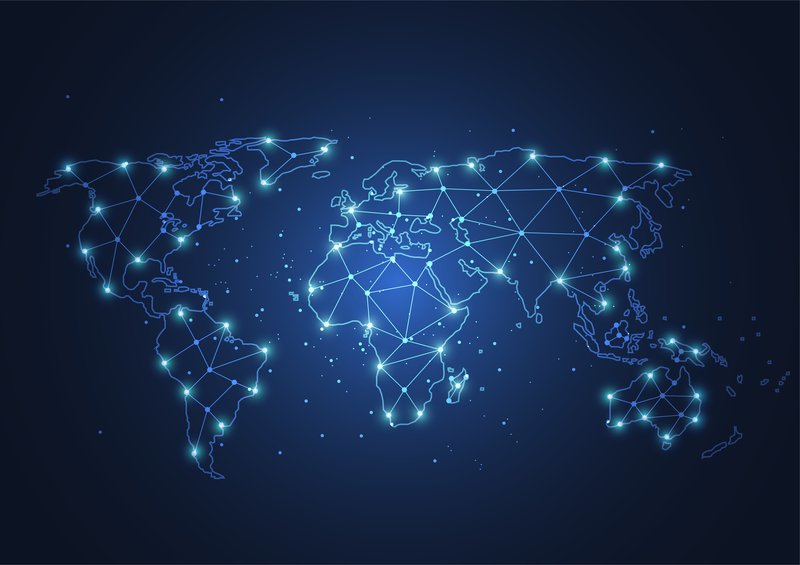 In September 2018, Eric Schmidt suggested that the most likely scenario for the future of the internet is bifurcation into two separate internets: one, a Chinese-led internet; the other, an American-led internet. Schmidt observed that as countries rely increasingly on China for internet products and services, there is a danger that “different leadership regime from government, with censorship [and] controls” comes with them. Citing the Chinese Belt and Road Initiatives, Schmidt asserted that “it’s perfectly possible those countries will begin to take on the infrastructure that China has with some loss of freedom.”

Regulatory and legal fragmentation already exists in the digital space. It does and will continue to have implications for everything from sharing information on cybersecurity incidents to commerce and businesses, human rights and democracy, geopolitics and competition, and the future of the development of critical technologies like AI and next-generation telecommunications.

Over the coming months, as part of New America’s Cybersecurity Initiative, we will endeavor to contribute to a better understanding of the reality of the internet—its governance and architecture around the world—through the Internet Realities Watch blog post series.

What are the Internet Realities?

American and European policymakers once envisioned that a global and open internet would be a permanent fixture of our digital world, but that ideal is fading away. The reality is that a sovereign and controlled model for the internet is spreading: content censorship, tight sovereign control of communication infrastructure, pervasive surveillance, and other authoritarian principles are finding their way online. Some countries, like the United States or the United Kingdom, have clearly taken to defending a global and open internet, whereas countries like China, Iran, and Russia have clearly taken to undermining it.

This policy fragmentation is a reality. However, around the U.S. and Europe, a consensus is building that governance and architectural fragmentation is taking on a more malicious form: Commentators are increasingly expounding on the spread of digital authoritarianism—models for the internet and its architecture that allow for strict state control—and that countries like China and Russia are making a concerted effort to aid this diffusion using all instruments of national power, including their private sector. While certain assumptions require greater attention (Are regressive data and internet governance actually policies spreading throughout the world? To what extent are countries where these policies are conceived aiding that spread—intentionally or otherwise?), anecdotal data, which we will begin to more systematically capture, bears this observation out.

Building on our Internet Realities framework and Digital Deciders work, this blog series will focus on how countries architect and govern the internet within their borders. These decisions could sway the contest over internet governance, as many look to the great internet powers for guidance. In this way, domestic policies—not just international practices and agreements—will shape the future of the internet, as global powers attempt to influence others to follow in their footsteps. (Such is the case with the spread of authoritarianism itself.) To better catalogue changing domestic policies on and around the internet, in a wide range of countries both influential and influenced, this will be the first in a series of blog posts tracking the spread of authoritarian internet policies and practices by which governments control their citizens through technology.

Why do the Internet Realities matter?

We don’t want to live in a world driven by undemocratic values. We believe strongly that an open internet is a good thing for the world and the progress of democracy. Going forward, it will be important to have a clearer articulation of why the internet matters as the spread of digital authoritarianism is emblematic of a broader, more subtle, but nonetheless apparent bifurcation over global order and contestation of democracy. We have our own contentions that the internet will impact both.

For the better part of two decades, the global internet was held up as a great bastion for democracy. To the surprise of many in the democratic world, undemocratic governments are actually immensely resilient. Today, the internet may not be a bastion of democracy as initially anticipated, but an open internet may help guard against the codification of authoritarianism and enable democracy. As more of the world digitizes, many governments have figured out how to control and shape the internet within their borders in their character. Rather than being a thorn in the side of injustice, inequality, and authoritarianism in these places, the internet has become a vehicle through which governments can consolidate power through pervasive surveillance and content manipulation. The more codified undemocratic models for the internet, its governance, and its architecture become, the easier they become to emulate around the world.

The internet realities of today also threaten to undermine economies. Put simply, the internet is the modern medium through which the world exchanges ideas and money on a daily basis. The more countries do to put up borders on the internet, the more complicated those exchanges become. Valid questions remain about the benefit of the internet, given global internet monopolies, for lesser developed markets as incumbent companies are able to enter and depress the prospects of local companies who would provide similar goods and services. However, our contention is that managing a local digital economy to enable local innovation need not necessitate strict government control over the networks themselves and the information exchanged on them.

What will we monitor?

Using our Internet Realities framework as a basis for exploration, this blog post series from New America’s Cybersecurity Initiative will track the Internet Realities around the world. Specifically, the project will track the way in which governments around the world are making local, material changes to the way they govern and architect their internet

On the governance front, we will be looking at the laws and regulations, social norms, technical standards, and market forces that impact the internet. From legislation to rules for how devices interact to the market for different online offerings, the elements tracked in this category all impact how the internet is governed.

On the architecture front we will be looking at ways that governments are manipulating the content, application and presentation, session, transport, network, data link, and physical architectural elements of the internet. From the code that displays images on our screens to the protocols that route internet traffic around the world to undersea cables that carry internet traffic between continents, the elements tracked in this category all impact the literal internet itself.