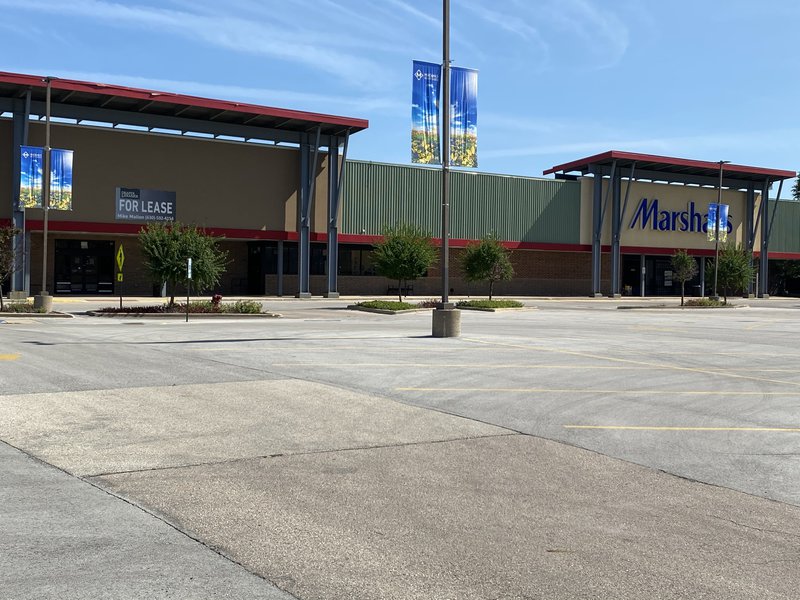 When COVID-19 caused a sudden wave of job loss, community leaders in Chicago’s South Shore neighborhood had to quickly rally to get food to families struggling with unemployment. They found that a staple as basic as bread was simply not available in the area. Twenty minutes away, a mixed-income, South side community called Bronzeville took a major hit in late May when looting forced their only grocery store to close temporarily. Families without cars and elderly residents were now left without options. At the same time, civil unrest triggered police closures of highway exits and public transit lines, completely cutting off grocery access for even more families. These events only exacerbated the challenges some of Chicago’s South and West side neighborhoods have long faced in accessing fresh food and essentials. But big data may have some answers for community developers, thanks to a new partnership between New America Chicago, Mastercard Center for Inclusive Growth and local government.

According to the United States Department of Agriculture, Cook County has 40 food deserts, or low-income census tracts where residents live at least one mile from a large grocery store. The majority are found on Chicago’s South side and Southern suburbs. Despite having a range of income levels and incredible building stock, these areas are often overlooked for new business openings—and continue to lack sufficient retail and dining options.

Using a public interest technology approach, Mastercard and New America provide valuable insights to bolster the case for reinvestment and inclusive growth by quantifying just how many dollars are leaking out of these communities. Our team analyzed spending trends across the city of Chicago by using Mastercard’s data insights based on anonymized and aggregated transaction data. The project is just one example of how the Center for Inclusive Growth, the philanthropic hub of Mastercard, is working to equip city and community leaders with new tools and insights to advance inclusive growth at the local and regional level.

A key question that our analysis tackled was: Can data-driven insights on spending patterns be leveraged to demonstrate that there is strong buying power in low-income communities—and therefore make the case for reinvestment?

Twenty volunteer Mastercard data scientists ran an analysis to quantify “leakage,” or how much community buying power is leaving that community because it lacks retail and dining options. We focused on 10 low-income neighborhoods that were selected for Mayor Lightfoot’s INVEST South/West program, a community improvement initiative that aims to mobilize $750 million in funding. We found that INVEST South/West neighborhoods had significantly fewer businesses than the average Chicago neighborhood—sometimes going as low as 70 percent below the city average—which likely drives residents to bring their buying power elsewhere. 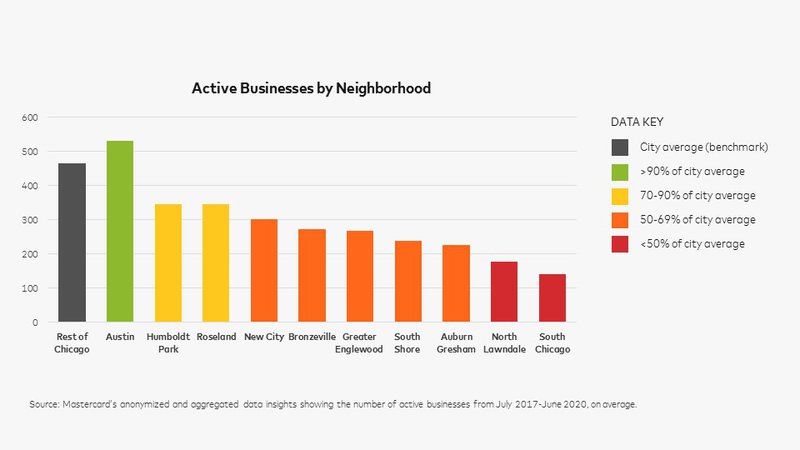 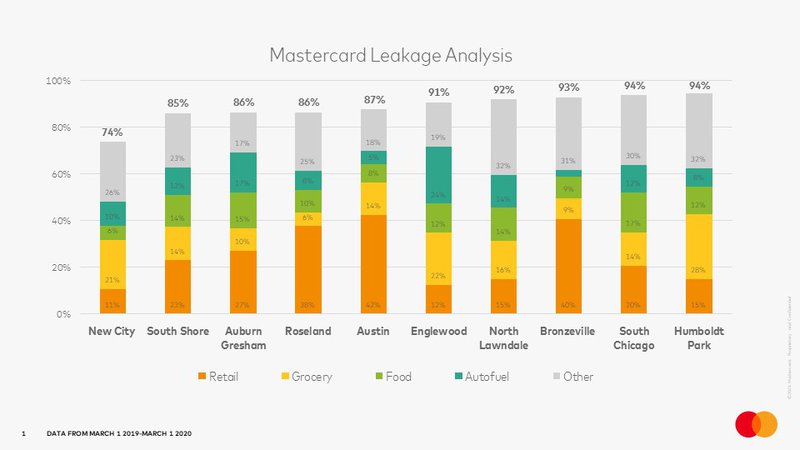 While local experts have known about these challenges for years, putting numbers to the phenomenon could help change the conversation. The data-driven insights indicate that buying power in low-income neighborhoods is higher than some investors may believe. Significant spending does go towards grocery and other goods—but residents are forced to travel far away just to get fresh food. With these new insights, we hope to build a case for reinvestment in the stagnant commercial corridors that the INVEST South/West initiative is focusing on for revival.

Using Data to Build the Case for Targeted Resources

We believe in the power of data-driven insights to shed new light on long standing local challenges to help mobilize resources for the communities who need it most. New America will continue to work with The Chicago Community Trust to share this information with economic development corporations, foundations, and city and county officials to make sure it is heard. This type of data partnership supports efforts led by the Trust to help provide disinvested Black and Latino communities with the resources they need to attract new investment and reward the strong entrepreneurial spirit found in the West and South sides of Chicago. As city policies get made, we hope data insights can provide hard evidence to ensure truly inclusive growth in Chicago and beyond.