For Whom the Bell Tolls

How Bell, California went from Corruption to Innovation 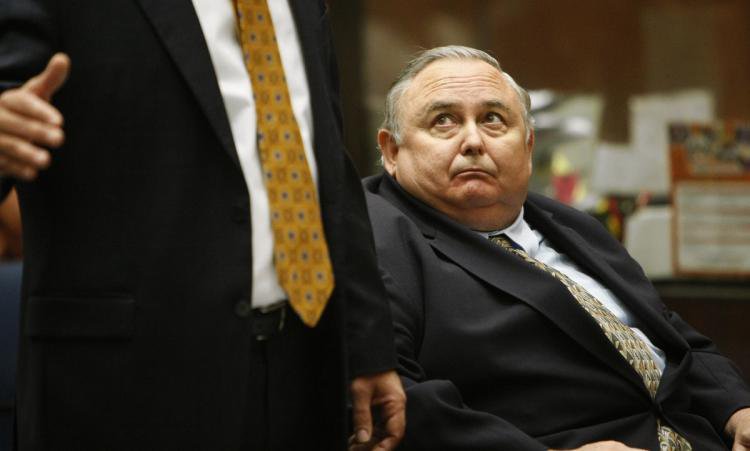 Continuing our series of inspiring stories from speakers at #RiseLocal, this week's blog is authored by Pete Peterson, Dean of the Pepperdine University School of Public Policy.

The Los Angeles Times framed the headline of their July 15, 2010 edition as a question, but every reader knew the answer: “Is a City Manager Worth $800,000?” No. The investigation by Times’ journalists Jeff Gottlieb and Ruben Vives sent shockwaves through California’s municipal government community, and earned the writers a Pulitzer Prize. In the months that followed, the corruption uncovered was breathtaking – a sleazy relationship between most of the city council members and several of the Bell’s top administrators. Left out were the city’s 32,000 residents…but not for long.

Several months later, I received a call in my office at Pepperdine’s School of Public Policy by my friend, and just-retired city manager, Ken Hampian. Ken told me that he was coming out of retirement to take on an interim assignment in a Los Angeles-area municipality that had experienced significant breach of trust between residents and city hall. He was coming to Bell, and wanted my help to consult on rebuilding effective civic engagement in a city where there only kind seen in the preceding months was (quite understandably) angry protesting. The stakes were high, as respected voices were wondering whether the municipality should not just be collapsed into a larger city.

My work at Pepperdine’s graduate policy program over the last decade has involved training and consulting with government officials – mostly at the local level – in how to lead more effective public processes. The way we put it is that we’re always trying “to put the ‘public’ back into ‘public policy.’” Through our Davenport Institute for Public Engagement, we have trained over 2,000 public sector leaders in how to better engage their residents in solving tough public problems through better processes and the latest technology.

Convening a team of committed public officials from around Southern California, Hampian led an effort that welcomed Bell’s residents (known as “Bellians”) into the first public budgeting process in the city’s history. The “Goal-Setting Community Forums” involved English and Spanish-speaking tables, learning the basics of municipal budgeting, while feeding back priorities on where the City should focus its diminished resources in the upcoming budget cycle.

While most know the story of Bell as it was originally reported, few know the dramatic civic transformation the city has undergone since. With new, local elected leadership, and a series of excellent administrators, Bell has gone a long way to rebuild that trust with its residents that was lost almost exactly seven years ago. A look at the City’s website today, displays easy to find links to “City Records”, “Live Council Meetings and a “Community Survey”. In the upper left-hand corner of the homepage a sunburst icon notes an award for an “A- / Top Transparency Website”.

The phrase “civic innovation” has become a watchword in government circles – particularly at the local level. Looking deeper at each of these initiatives around the country reveal a couple common themes. Most involve government engaging their residents in new ways, and often with the use of technology.

While the field has been wrapped in the gloss of the new and technological, what drives civic innovation in every instance is a human leader seeking to better engage residents in the hard work of citizenship. Granted, in most instances, the stakes are not as existential nor the inspiration as desperate as we’ve witnessed in Bell, but seen differently, the argument should be made that if civic innovation can happen here, it can (and should) happen everywhere.

Check back every other Tuesday for a new story of local innovation, #RiseLocal. Next, Karina Moreno from Tipping Point Community will write a story about fighting poverty in the Bay Area.