How Women Are Changing the Way America Works 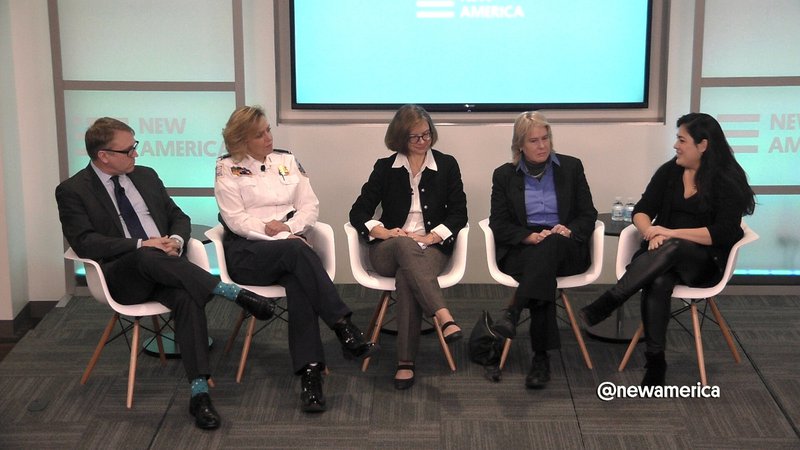 Would increasing the number of women police chiefs and military officers in the U.S. change the way the our country faces security threats here and abroad? According to Jay Newton Small's new book - Broad Influence: How Women Are Changing the Way America Works - it could and has before. In honor of its publication, New America will host a conversation ​about women in security roles - the police and armed forces - and how they tackle domestic and national security threats. Examples from Janet Napolitano's hostage negotiations, Cathy Lanier's work as the Washington Chief of Police, Rep. Tulsi Gabbard's experience as a military police officer in Iraq, and others will provide ample material for discussion.

Join New America’s Breadwinning and Caregiving Program as we explore how women's ​experiences ​offer new ideas for how to address crime and terrorism at the local, state and federal level. Are there noticeable differences in the effect of women reaching a critical mass in the police and armed forces? How can and should existing security strategies​ ​change?