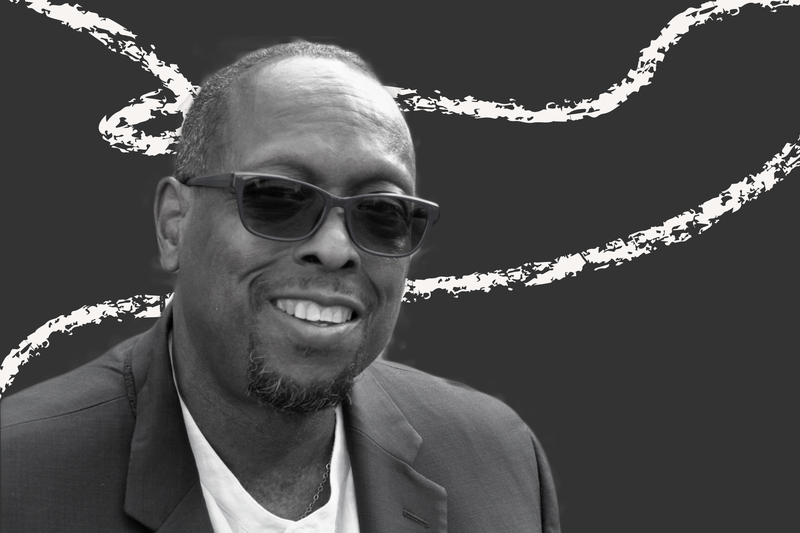 Much of Dr. Mark Anthony Neal's research is informed by his experience of being a father to two Black daughters. He studies constructions of Black masculinity and gender more generally in the context of popular culture.

Welcome to the Better Life Lab, Mission: Visible series, “Getting the Story Right about Black Men and Care.”

Black men are caregivers, but too often they aren’t viewed as such or are excluded from broader conversations about care. As a result, family-supportive public policies, shaped in large part by cultural narratives, may not only fail to account for Black men's needs but can also make it harder for them to care for their loved ones.

Building on the report, "A Portrait of Caring Black Men," this limited blog series is a space for Black men to contribute to ongoing conversations about care that influence culture and policy. Contributors to the series share their personal stories, perspectives, and research about fatherhood and caregiving.

If you’ve got a story to share or a question related to Black men and caregiving that you would like us to explore, send us a message at betterlifelab@newamerica.org!

When racist narratives like the “absent Black father” myth go unchallenged in research, media, and pop culture, they ultimately serve as justification for punitive policies that harm Black families and ultimately all families. The Better Life Lab sat down with Dr. Mark Anthony Neal to discuss the origins of the “absent Black father” myth, how pop culture contributed to the narrative, and how it still manifests today.

Dr. Mark Anthony Neal is a professor of African and African American Studies at Duke University who studies constructions of Black masculinity and gender more generally in the context of popular culture. Much of his research is informed by his experience of being a “girl-dad” to two Black daughters and trying to find examples in pop culture or in social science that reflect some of the experiences he has had.

(This interview has been edited and condensed for clarity.)

What do you enjoy about caregiving and your role as a dad? What about fathering stands out to you?

I often say that the work I do as a father ultimately will be the most important work I do as a human. A lot of that has to do with my own memories of my father, who was someone that worked 12 hours a day, 6 days a week. He was in the home and was present — but he was not present in the sense that he could come to school plays, performances, baseball games or anything like that. As a parent, I wanted to make sure that I would be available to my daughters in that way.

For me, it all comes back to creating those simple, small pleasures of sitting together in the car and allowing them to talk about their lives and what’s going on. I often think about my youngest daughter who is 18 now and some of the contemporary rap music she likes. I only listen to it when she’s in the car, but it gives me a different kind of appreciation for what she and her peers value in that music. My life would be radically different and of less value if I hadn’t spent that time with my daughters.

The notion that Black fathers are uninvolved in the lives of their children—is categorically false. Still, despite research proving otherwise, the myth of the “absent Black father” persists. How did this myth originate and in what way did pop culture help construct or perhaps challenge it?

I think that the myth was shaped, in part, by socio-economic realities. Some of the social science data suggests that we have to go back to the 1970s. At that time, you start to see what some folks referred to as the “erosion of the nuclear Black family,” which would have occurred during a period of great financial pressures and increased rates of unemployment in the U.S. Around this same moment, some states implemented policies related to welfare and aid to dependent children which often penalized mothers if there was a man living in the home who was unemployed.

We know that in the 1970s, people expected men to serve a particular role within the home, so there was no language to describe men who didn’t have a job and were living at home. It was difficult to be at home and not work. Rather than be at home and in that reality, some men would have rather fled. Keep in mind, this reality was experienced not just in Black communities, but in many communities across the United States.

Now more than 30 years later, we can finally wrap our heads around the idea of fathers being caretakers and stay-at-home dads. We even see examples of single fathers raising children in pop culture and in the media. In the 1970s, there were no such examples of that.

Got it. The compounding pressure of unemployment coupled with society’s gender expectations and punitive policies really did push some men out of their homes. However, if as you mentioned, these challenges affected everyone and not just Black families, then why did we see the perpetuation of this idea that Black men in particular were absent fathers?

Well, the myth of absenteeism got reinforced via popular culture and in several different ways. Some of it was neither accidental nor necessarily intentional.

For example, think about a television series like Julia, which was the first sitcom to feature a Black woman, Diahann Carroll, in the lead role. Julia’s husband had been killed in Vietnam, so the premise of the series was dependent on her being a single Black mother. When that was the only representation of the Black family, the emerging narrative depicted Black fathers as missing— whether intentional or not.

Then you look at TV shows like Good Times. The thing that resonated with many Black audiences was that you actually had a father figure that was present. Although James Evans, played by John Amos, was always trying to find another job, he was there as a strong Black, male presence. When his character got killed off, it became kind of a metaphor for how America saw Black families. Originally, the character of John Amos offset the buffoonery of the oldest son, JJ Evans, played by Jimmie Walker. So when the show’s writers dropped John Amos' character, you lose this kind of balanced dynamic.

It’s fascinating because there was no social media at the time, but there was public criticism and protest. People were upset about the impact this change would have on how people saw Black families and how Black families saw themselves.

Continuing with this larger topic of Black masculinity and caregiving in pop culture, to what extent have we seen Black men portrayed as caregivers?

Shortly before her death, Cicely Tyson told a story about an interview she had done for the film Sounder. which she had acted in. During the interview, the well meaning film critic who was white shared that he liked the film but was surprised that it depicted a Black man in the role of a father. He said to Cicely, “I never imagined a Black man could be a father.” And this was 1971, 1972. So, there wasn’t that representation of Black fatherhood in popular culture.

Can you elaborate a bit more on what you were saying about Black men not being seen as parents or fathers?

I can remember the years when my daughters were young. As an academic, my time was a little bit flexible, so I would take them almost everywhere with me. So you know, I would get the little car carrier and bring them to Starbucks. I can recall the number of people who stopped me to give a metaphorical pat on the back for spending time with my kids and being so good with them. And I remember thinking to myself, “What exactly did they expect? I’m a parent! I’m doing what parents do.” All the unspoken dynamics of those moments had to do with the fact that I was a Black man. What they were really communicating was that they didn’t really view Black men as parents.

Why do cultural myths matter when thinking about public policy?

Typically, people who are working on public policy, particularly around families, child care and child welfare do not have any real context about Black families and they clearly don’t have a context for thinking about Black fathers as caretakers. That has a dramatic impact.

Consequently, public policies affecting Black families and families in general get constructed from a default analysis: the assumption that fathers aren’t present and won’t be engaged with their kids. As a result, we’ve seen the kind of punitive measures that have been directed towards Black fathers. I often think about Walter Scott who was killed in Charleston in 2015. Part of the reason why he was running from the cops when they shot him was because he was afraid about being pulled in for child support, which he didn’t have the money for.

When you set up social policies around this idea that Black fathers won’t be engaged financially or otherwise and create a punitive process, in some cases public policy will fail children, families, and obviously Black men.

Why is it that when we think about Black men and caregiving, we often conjure images of men who would be considered middle-class, rather than poor or working class?

I think that it’s because we attribute certain values around parenting to middle-class lifestyles. In the case of middle-class Black men, we’re much more comfortable thinking about them as fathers because they likely have some level of higher education or are professionals. Somehow, we think that the degree to which Black men have been socialized in middle-class environments is what enables them to be engaged parents.

And that’s part of the mythology, right?

As I’ve said before, historically there have been examples of Black men who have always been caretakers at a time when society blocked Black people from accessing higher education and professional spaces. So it is a myth to think that Black men step into caregiving roles simply because they’ve been socialized to value them in the context of a middle-class lifestyle.

So what could a more inclusive narrative of Black fathers and caregivers look or sound like?

In the introduction to the tenth-anniversary edition of my book, New Black Man, I wrote about driving around Durham and seeing three Black men — youngish — going to get food from a drive-thru restaurant. I imagined a different narrative than the one that people would have written for them.

I thought, “What if these three men are all fathers who have children. Maybe they don’t live with their kids or the mother of their children. They might work night shifts from 12 AM to 8 AM in the morning. After work, they get home and sleep until 1 or 2 PM in the afternoon. Then they wake up, go pick up their kids from school, and take them to where they live with mom. These young dads help the kids with homework for a couple of hours and feed them dinner. When the kids’ moms get home, the fathers go back to their places and get ready to go back to work.”

That’s not a fantastical story. That’s the kind of story that Black men who are engaged fathers do everyday. Part of the challenge is to just recognize Black men who are doing the daily business of parenting, without feeling the need to label what they’re doing as anything exceptional or as inspired by a feminist take. No, they’re just doing what Black men have always done, and part of our job is to recognize and normalize that.