The Role Model Effect Vol. I 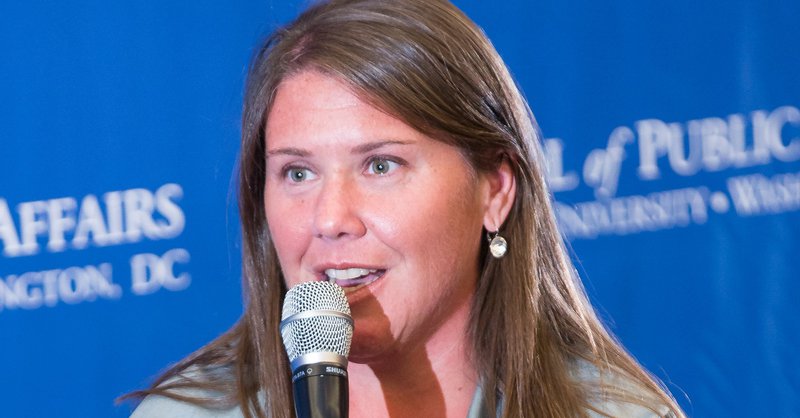 "I lost the race, but outperformed everyone’s expectations."

What did you want to be when you were a child?

From as early as I can remember, I always thought I’d be a lawyer. I loved to argue, persuade, and I loved to win. Actually, I still love all those things! But, during my first semester at Columbia Law School, it became clear to me that I loved political science and politics much more than I did the law. So I did what’s probably the bravest thing I’ve ever done: I quit. I had a lease in New York City, no job prospects, no money, and $20,000 in student loan debt from that one semester. But it was the best decision I ever made. I wound up getting a job at the Women’s Housing and Economic Development Corporation in the South Bronx, which I loved, and I began a PhD program at Stanford 18 months later.

What is your greatest accomplishment in your professional life? In your personal life?

The cliché answer for my greatest professional accomplishment would probably be getting tenure at Brown University or publishing my first book. But I actually think it was in May 2012, I was sitting in a hotel lobby with Richard Fox and we were designing our national survey about young people’s political ambition. My cell phone rang and it was a reporter from Inside Higher Education who wanted to know if we cared to respond to then-Congressman (and now-Senator) Jeff Flake’s comments about defunding the National Science Foundation’s Political Science program. From the floor of the House, Flake asked incredulously about the funds set aside to “study gender and political ambition among high school and college students? That’s what we’re paying for here...How can we justify this outcome?” At that point, I realized pretty clearly that people were paying attention to the research I was conducting and the way I was trying to close the gender gap in political ambition.

What was the largest barrier that you've faced during your career, specifically as you worked toward your tenure at American University, and how did you overcome this barrier?

When I was still an Assistant Professor at Brown, I decided to throw my hat into the ring for the Democratic primary for the U.S. House of Representatives in Rhode Island’s second congressional district. It was a risky move: I was taking on a relatively popular incumbent, and I was doing it at a time when my job as a professor was pretty precarious (still four years away from tenure). I decided that the risk was worth the potential reward, so I campaigned as hard as I could for 17 months, and worked full time as a professor, too. I lost the race, but outperformed everyone’s expectations. Like most things, blood, sweat, tears, and working harder than I ever thought possible was “all” it took to overcome the possibility of losing it all.

What is the best piece of professional advice you were given in starting out your career and would you give the same advice to women reading about your journey?

The best piece of advice I ever received actually came in the very early stages of my congressional campaign. I was at an event and then Providence Mayor (now Congressman) David Cicilline told me that I should always wear one of my own campaign buttons (I wasn’t at the time). He told me that if I wasn’t willing to sell myself and vouch for the candidacy, then no one else would either. I’ve embraced that advice beyond the campaign, though. It’s vital to be proud of your work, have confidence in what you do, and promote your achievements. Don’t brag, but share!

What song would play during the opening credits of a movie about your life?

Don’t Stop Believin’ would be appropriate. But Breakfast at Tiffany’s is my favorite song of all time...I know, I’m alone in that!

Jennifer L. Lawless is an author and professor of government at American University, where she is also the Director of the Women & Politics Institute. Professor Lawless’ research, which has  focuses on representation, political ambition, and gender in the electoral process.