A Conversation with Dr. Koritha Mitchell 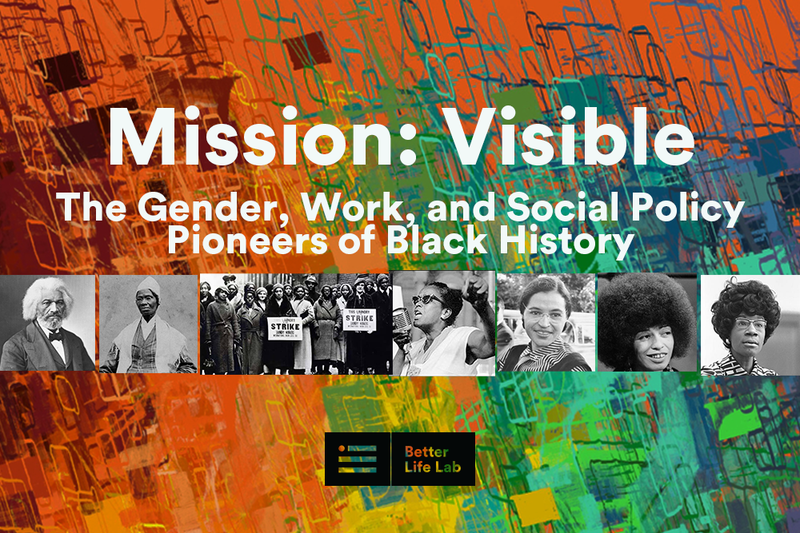 Frances Ellen Watkins Harper was an orator, abolitionist, temperance activist, and artist, but many won’t have heard of her, even as they’re quick to recall her contemporaries, from Frederick Douglass to Elizabeth Cady Stanton. Professor Koritha Mitchell is trying to change that. Mitchell researches and writes about African American literature, racial violence throughout U.S. literature and contemporary culture, and black drama and performance. For most of her career, she has included Harper’s work in her course readings and also recently produced a scholarly edition of her novel, Iola Leroy.

BLL sat down with Dr. Mitchell to talk about Harper’s writing, her advocacy, and her legacy, and why it’s critical that we learn about her contributions during the 100th anniversary year of the passage of the Nineteenth Amendment. Our conversation has been edited and condensed for clarity. 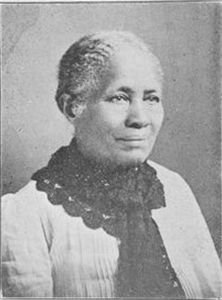 Who was Frances Ellen Watkins Harper? What was she most known for?

Frances Ellen Watkins Harper was a poet, author, orator, abolitionist, suffragist, and temperance activist. But she was best known for her oration and poetry--that is really how she made her name in the 1850s. And she drew serious crowds. One of her earliest speeches had 600 people. Mind you, this is at a time when black people are supposed to be property and women are not supposed to speak in public—literally. Are you kidding me? She’s amazing—she is just as important as Frederick Douglass, easily. Her oration and poetry is what drew those crowds. And in this context, she circulated her poems and sold her books there as well.

Harper was a prolific writer. Her first three novels were serialized, and Iola Leroy, published in 1892, was the only one released as a bound book. There was never a time when she was not publishing. She acted in some ways as correspondent for anti-slavery newspapers during her travels and she produced fictional sketches in the Christian Recorder. Every moment that’s important in her day—the abolitionist movement, John Brown’s attempted slave revolt and execution, the enforcement of the Fugitive Slave Act, the fifteenth amendment—she’s touching on it. The recurring themes in her speeches, writing, and poetry reflect and coincide with historical events.

What got you interested in Frances Ellen Watkins Harper and her work, namely her novel, Iola Leroy?

While I was in graduate school, I took a course on American women writers. And one of the writers we explored was Frances Ellen Watkins Harper, specifically her novel Iola Leroy.

Once I got to Ohio State as a professor, I started teaching Iola Leroy every year. I was so drawn to this novel because it was a great way to engage with American history before the Civil War, during the Civil War, Emancipation, and then Post-Reconstruction—she covers all of that ground in one narrative.

Basically, you’re following the main character, who thought she was white, only to later find out, after her father’s death, that her mom was actually his property, and that she too has “black blood” and is now considered property. And so the novel gives you flashbacks of what her life was like before she knew she was considered black and all the arguments she made prior to that point. For example, when she was at boarding school, Iola argued that slavery was okay and based her reasoning on how well she thought her father treated those he enslaved.

So Harper maximizes the novel form to go there—to give voice to a lot of different people and a variety of political positions—because she can create characters with different outlooks and investments. I just found the novel to be a wonderful text to get people to think about formative moments—formative decades in U.S. history which continue to determine our reality today. I want students to understand that the novel’s content is rooted in lived experiences and events that really happened.

What is most impressive about Harper in terms of her work as an activist?

As someone who studies her, what I’m most impressed by is the high standard she held herself to, regardless of how others behaved. She basically calls out Elizabeth Cady Stanton and Susan B. Anthony for their denigration of Black men and their dismissal of the voting rights due Black people. The Women’s Christian Temperance Union (WCTU)—she’s also calling them out about how racist they are. But she keeps working with the WCTU as well as the organizations that Stanton and Anthony lead. Decades after she called them out in 1869, she collaborates with them in spite of the low standards they set for themselves as it pertained to racial equity and their degrading and prejudicial views of black people.

I consider her a role model partly because she continues to go into spaces that she knows are hostile. No matter how low others’ standards were for themselves, she held herself to a higher standard. She was able to do this because she tapped into communities that filled her well.

She’s working with Black women’s organizations throughout her career. It’s Black women who recognize what a big freaking deal she is! They are naming their literary societies after her because they know she’s the bomb! They’re not losing sight of that. I think that because she connects with those communities, she’s able to withstand the hostilities that she can’t avoid and that she faces because of her choice to keep working with white suffrage and temperance organizations.

One last question--in the one hundredth anniversary of the ratification of the 19th Amendment, why is it important that people know about Harper and her work?

She is a model citizen who could not vote! Even though the country had decided who should have the vote, she didn’t let her disenfranchisement keep her out of the conversation. She talks about putting herself in conversations she believes would “help carry on a revolution in pubic opinion favorable to universal freedom” (Anti-Slavery Bugle, May 21, 1859). In doing so, she basically says, “I don’t care that I don’t have the franchise. I’m going to shape conversations that push the public will towards universal freedom—not bracketed rights—universal freedom.” The idea being that it’s not just for some people, but for all people.”

To me, Harper embodies the black feminist ethos which is concerned with how to get universal freedom for everyone and how to get universal acknowledgement of all people’s dignity. Yes, that’s the term she uses—universal freedom. She wanted to do work that was conducive to bringing about universal freedom. To me, that’s why she’s impressive. Although she didn’t have the franchise, she didn’t lower the standard of what her work should be and what she was striving for. For that reason, she continued to work on all fronts, dealing with the Women Christian Temperance Union and the organizations helmed by Elizabeth Cady Stanton and Susan B. Anthony. And through her involvement with Black women’s organizations, she influenced younger generations who would continue the work she valued. She made sure the work would continue even in her absence.