Even In the Midst of a Brutal Pandemic and Caregiving Crisis, Fewer than 1 in 4 U.S. Workers Has Paid Family Leave at Their Jobs 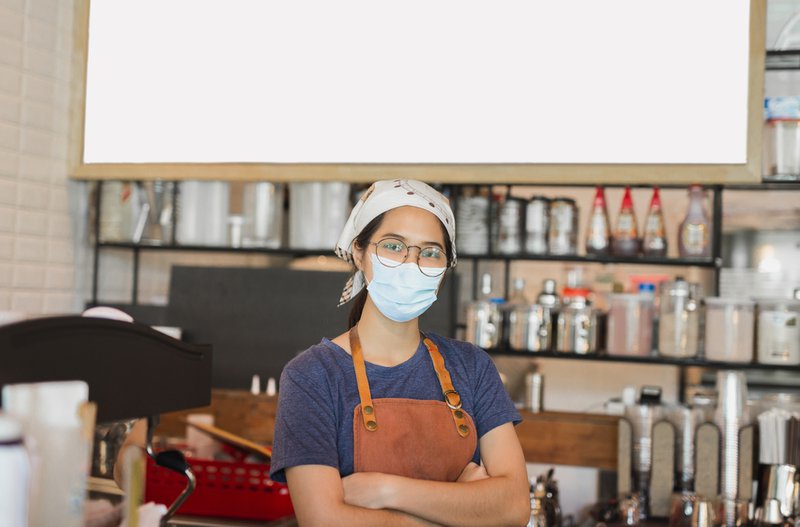 New data released today shows a continued urgent need for a national paid family and medical leave policy. According to the Bureau of Labor Statistics' National Compensation Survey on employee benefits, in early 2021, when the United States continued to be ravaged by a global pandemic that created unprecedented health and family care challenges, just 23 percent of private-sector workers had paid family leave through their jobs – leaving more than 88 million workers without paid family leave to care for a loved one. Only 42 percent of workers had access to personal medical leave through an employer-provided short-term disability insurance policy.

Access rates overall and in most subgroups ticked up from 2020. Some of the change is likely due to the shifting nature of jobs, particularly the erosion of jobs in the leisure and hospitality industry. However, within food service and accommodations and leisure and hospitality, workers’ paid family leave access remained stuck at just 9 percentage points in both 2020 and 2021, a drop of two percentage points since 2019. Notably, workers in health and education jobs only saw their access to paid family leave increase by 2 percentage points since 2020 (from 26 percent to 28 percent), despite a year of front-lines service, health risks and caregiving challenges at home.

Some of workers’ increased access to paid family leave could be the result of the temporary provisions in the Families First Coronavirus Response Act, which required employers with fewer than 500 workers to provide up to two weeks of paid sick time and up to three months of paid family leave for child care purposes through December 2020 and to receive tax credit reimbursement for expenses incurred. Through subsequent legislation, this same universe of businesses with fewer than 500 employees are eligible for reimbursement for similar paid time off through September 2021, but only if they choose to offer that paid time off. Among businesses eligible for tax credits, access increased only slightly among those with fewer than 99 workers (from 15 percent in 2020 to 17 percent in 2021) but by 5 percentage points among businesses with 100-499 workers (from 26 percent to 31 percent). Access among workers in larger businesses with 500 or more workers increased by 4 percentage points. Voluntary interventions clearly were not an effective means of increasing paid leave access in a widespread and meaningful way.

As Congress and the Biden-Harris administration focus on rebuilding a more inclusive labor market and economy, care policies are essential. Women and people of color are less likely to have access to paid leave, and more likely to have care responsibilities. They have also been hardest hit in terms of jobs and finances during the pandemic.

Investments in paid leave will help to address labor force shortages and spur the creation of new jobs. According to the Bipartisan Policy Center and Morning Consult, more than four-in-10 unemployed people with family caregiving responsibilities say they would be more likely to return to work sooner if they had paid family leave.

A national paid leave policy is estimated to boost incomes by $28.5 billion dollars in both direct benefits to workers who need paid leave and wages for workers who would benefit from an estimated 162,000 jobs as an indirect result of a new paid leave program; new jobs would be concentrated in the food service, health care and retail sectors, all of which are major employers of women and people of color. Overall, the Build Back Better Act, which includes a suite of caregiving investments, is estimated to create 1.1 million jobs, also disproportionately helping women and people of color.

The Build Back Better Act would create a historic, new, permanent national paid family and medical leave program guaranteeing access to paid leave to new parents, family caregivers to ill or injured loved ones, military families and workers’ own personal health issues. The proposal included in the legislation passed the Ways and Means committee earlier this month. It provides meaningful wage replacement to all working people with qualifying, certified care needs for up to 12 weeks, building on lessons from innovative state programs.

As Yale political scientist Jacob Hacker and I argued recently in the Boston Globe, a national paid leave program that is designed, funded and implemented effectively would have positive effects on women’s and caregiver’s employment and earnings, the health of children and people with serious health issues, businesses and the economy, and positive effects on citizens’ engagement in policy and democracy.

Care investments – including a national paid family and medical leave program – are integral to the country’s economic recovery and its future. Care is just as essential as roads and bridges and would create more, permanent jobs. Care can’t wait.