Could a Digital Tool Help Families Share the Load at Home? Fairshare's Rachel Drapper Thinks So

A Q&A with BLLx researchers Brigid Schulte and Haley Swenson 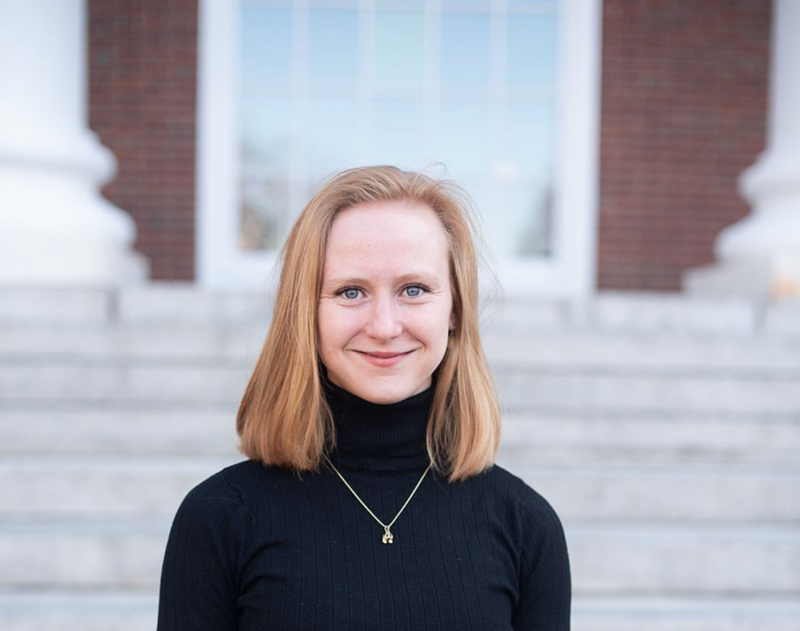 That finding, which should surprise exactly no one, builds on a host of academic research and other surveys that have found the same thing: because there are no gender norms and assumptions to fall back on, same-gender couples are forced to talk more, negotiate and, together, come up with a plan that – though it may not be equal – feels equitable and fair. So how can opposite-gender couples adopt these same practices to move beyond the gendered scripts?

Based on their research, McKinsey offered couples four strategies to move toward equity:

These are great strategies, but hard to do in practice, especially since the organizing often falls to the partner already doing most of the work – namely women and mothers. We here at BLLx offer one evidence-based tool through our experiments: Create awareness of where things stand now. Create space for honest and constructive conversations about the vision for how you all would like things to be – what does fair and equitable look like to you? And, together, try small experiments to begin the work of getting from here to there. Eve Rodsky’s Fair Play  is another tool couples have been using to change the gendered dynamics of their day-to-day life.

And now, Rachel Drapper is working to design Fairshare. BLLx co-founder Haley Swenson and I recently connected with London-based Drapper virtually to ask her more about it. Here’s an edited transcript of our conversation:

Brigid: Tell us more about what you’re trying to do with Fairshare.

Rachel: Fairshare is a solution for couples to better manage their homes - share both the cognitive and physical labor of running a home - and live more fulfilled lives. We hope it will be a portfolio of solutions for couples at any stage of their journey toward sharing household responsibilities equitably.

We’re aiming for a portfolio of solutions, from online quizzes and materials, calendar reminders for actually physically doing labor, to high-touch solutions, like coaching and conversation guides.

Brigid: So how would it work? How are you using technology?

Rachel: We’re building an app. So far, we’ve tested only one small element of what we hope will be the final solution – an app that has a tracking and timing tool. The hypothesis is that if you don’t see the problem, you’re not likely to work to solve it. But, in testing, we discovered that caused more problems! Unsurprisingly, a person who doesn’t do as much as they think they do doesn’t love to see the real numbers. So, we realized we needed to zoom out and test some other things. And focus on four pillars that we call the Four P’s: Perceive. Plan. Practice & Praise.

Perceive is being aware of the problem, and all the work that’s required to manage a home. Plan who’s doing the cognitive labor and arranging when things are going to get done. Practice is actually doing the work. And praise is showing appreciation and gratitude for the people that do contribute to the home. It’s super early days for us, but we want to develop a solution that helps couples with this.

Haley: What we try to do with BLLx is get more people involved in seeing the problem early on. A lot of our experiments actually start out with: Step One, Call a family meeting. But we hear from beta testers that that’s hard work. Getting that buy-in. Why do you think an app might be the best way to go for families?

Rachel: I’ve been working with Allison Daminger, Harvard sociologist and soon-to-be PhD who specializes in gender and cognitive labor, and she’s grilled me on – ‘Why do I think an app could do anything to solve this complex and deeply rooted problem?’ I think we’ve come around to meeting somewhere in the middle with how much potential there is in tech to help. I don’t think that tech alone is the answer. But I believe that there’s still huge room for improvement and optimization beyond pen and paper and pure in-person communication. To achieve something at scale, there has to be a tech intervention of some kind – to deliver a message to more people than is possible through a workshop or individual coaching. The tech element would allow you to reach a lot more people.

Brigid: How are you planning to use technology to address more fairly sharing the mental load, not just the physical labor of home?

Rachel: I think technology can be a helpful tool here as well. My partner and I, for instance, use a shared grocery list on our phones. You can externalize some of the cognitive labor and neutralize it if it’s on a shared platform rather than kept in one person’s mind. What we’re doing is breaking domestic labor into the different small steps – like anticipation, planning, and decision making, as Allison notes in her thesis – to really understand it and then, hopefully, use technology to divide it fairly.

We are collaborating with Eve Rodsky, creator of the Fair Play system, which applies principles from the business world – being clear on the tasks, and then taking ownership from beginning to end, from thinking and planning to executing. So we’re working to incorporate some of that into the technology.

Haley: There are other apps out there, but it looks like many are designed to help people outsource, like hiring a house cleaner or laundry service or ordering things through an app. But not everyone can afford that. And outsourcing doesn’t solve the fundamental issue.

Rachel: While undoubtedly helpful, they feel to me a bit like band-aids. Not a way to fully fix it, just, as you say, outsource the problem.

Haley and Brigid: We’re both really passionate about fixing the problem. Tell us how you came to do this work?

Then I went to an amazing talk about shared parental leave that really inspired me. I thought – ‘This is it! This is the silver bullet! It’s all going to change!’ That was six years ago. I watched what happened and tracked any mention of the policy in the news, and saw that the share of men taking leave never went above 4 percent.

Wherever I went, I started to see gender inequity, including at Harvard Business School where I just finished my master’s degree. I founded a women’s rugby club, which was a very empowering experience, and did all these gender equity things on the side – they were always my main hobbies.

And then, there were some things in my personal life that also changed how I thought. My parents divorced. They’d had very traditional gender roles. When they separated, it became very visible to me how harmful these roles had been, and the challenges they faced around financial security and domestic duties fell largely along gendered lines.

I’m also bisexual. And in previous relationships with women, we talked about everything and there were no gender roles to fall back on. If anything, I had thought – and rather hoped – that I was on track to be the ‘main breadwinner’, with my job that involved lots of travel, my lack of any notable talents in the kitchen, and slightly workaholic nature – and I rather liked the idea. Now, I’m in a heterosexual relationship. And I realized that I fell into the more traditional woman's role at home, even as I was actively trying to avoid it. And I didn’t particularly like it! During COVID-19, my sister also had a baby, and while I admire her and her husband’s equal shift to four day working weeks after her maternity leave, I aspire to a more equitable share of parental leave from the outset.

So, long story short, I wanted a personal solution. Then I thought – maybe other people would want a solution, too. And the more I looked into it, the more I saw that it’s a big problem, that lots of people are talking about the problem, but not many people – present company excluded – are actually really working on solutions. So I thought there was room for one more person to try to find them.

Haley and Brigid: Yes, indeed there is! Welcome! Let’s solve this!

P.S. – We offered Rachel any of our BLLx experiments or tools she’d like to use on her app in development, shared some of our lessons learned, and offered to host another virtual Happy Hour with our BLLx beta testing community to get your perspectives once she has a feature she’d like to test. If you have any ideas for her in the meantime, you can reach Rachel at rachel@fairsharehome.org, or sign up to join Fairshare’s beta test waitlist here.

P.P.S. - Rachel mentioned she’s working with Allison Daminger, a PhD candidate in sociology and social policy at Harvard where she studies gender roles and has published research on the cognitive load. Sign up for her newsletter on gender, parenting and family life, The Daminger Dispatch, here.