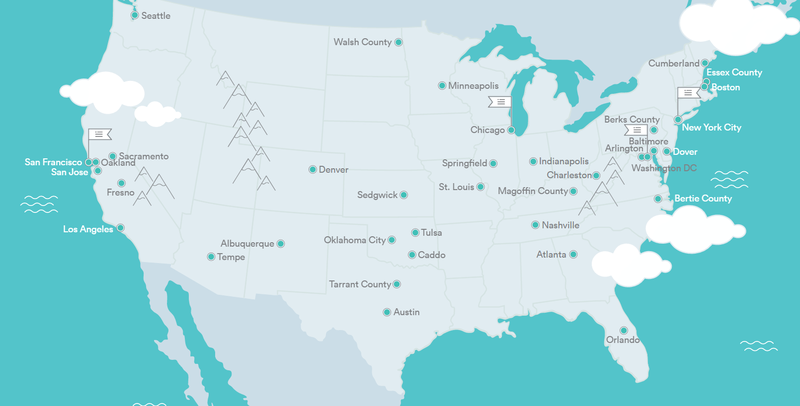 We need a new America, now more than ever. The upheaval of the 2016 election continues, with Americans deeply divided and seemingly less and less capable of seeing and hearing each other as fellow citizens. We are responding to the deeper forces of technology, demography, and geography that have upended traditional ways of life in so many communities across the country. And yet from that division and those forces comes great opportunity for creativity and renewal.

New America was founded in 1999 precisely to grapple with the economic, social, and cultural upheaval that we knew the Digital Age would bring about. Digital technology makes so many things possible that have never been possible before. But it also renders  many livelihoods and lifestyles obsolete. Vast wealth is created, but how should it be distributed? Virtual connection is instant and ubiquitous, but how can we restore physical connection? The people at the top have the world at their fingertips; the people at the bottom and in the disappearing middle have lost the path forward for themselves and their children. How can we restore the certainty that hard work—in school and on the job—will reap the reward of a better life?

Second, if we desire a new America with strong and flexible families, an open and secure society, and a just and educated democracy, we cannot build it with ideas and policies alone, no matter how innovative. We can best build a new America by marrying these policy ideas with new technological solutions. To this end, New America’s engineers and designers are hard at work on problems like unmapped internet speeds. Through initiatives like the Open Technology Institute’s TechCongress, we’re embedding technology experts into congressional offices to help fill the technical knowledge gap on the Hill and improve policymaking.

Beyond OTI, New America CA Fellow Eric Liu worked with the California attorney general to launch a database to collect data on police use of force across the state—the first such database in the country. CA Fellow Marci Harris founded POPVOX, which aims to improve civic participation through technology. And our Early and Elementary Education initiative and the Learning Technologies project have released a toolkit of free materials for parents, educators, and leaders on how to effectively integrate available technology into children’s learning. More broadly, with generous support from the Ford Foundation and Reid Hoffman, we are connecting educational programs, career paths, and fellowship support for a generation of public interest technologists.

Finally, a new America must hear from and engage new voices, from all sectors of American society, across the political spectrum, and all parts of the country. To achieve this, we are actively building a New America National Network. In New America NYC, Resilient Communities is engaging with New York community groups to provide guidance on how to build resilient wireless networks. New America CA is in full swing, supporting seven civic entrepreneurs doing work that resonates in California and beyond. Dan Lurie, a veteran of politics and community development, is building New America Chicago. Back in D.C., the Early and Elementary Education team produced reports on support for dual-language learners in Virginia, Minnesota, and New York and successful pre-K programs in Indiana and California.

At the board level, we honored Eric Schmidt at our annual conference for his eight years as board chair and his 15 years of board service. Reihan Salam and Jonathan Soros are our new board co-chairs, representing quite different parts of the political spectrum. We also welcomed new board members David Brooks and Robert Abernethy.

Our work has never been so important. We will resist attacks on our democracy and uphold fundamental American and universal values. But we will also offer an affirmative vision of what a new America can look like and support work across the country to bring it about. Join us in building a new America. We do not have a moment to lose.