We Can't Keep Living, and Dying, By the Gun 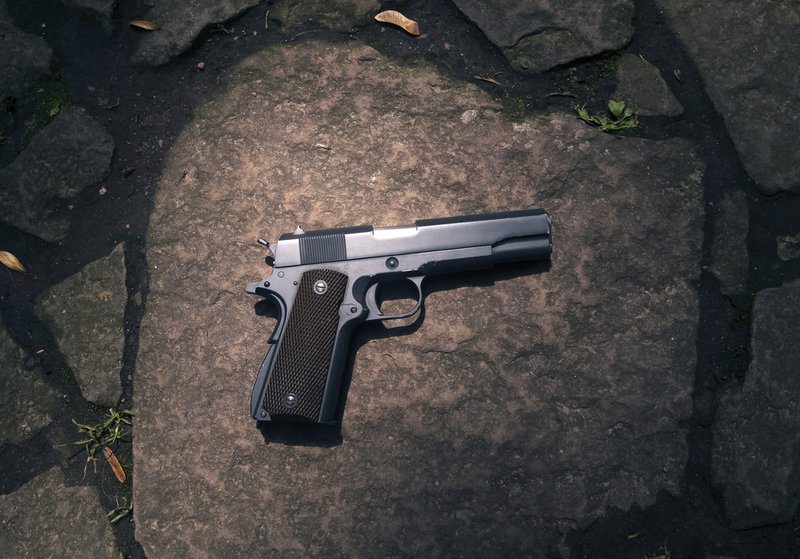 With around 300 million guns in America, there are almost as many guns in this country as there are Americans. And despite the carnage and chaos they routinely cause— in the form of mass shootings, urban gun violence, domestic violence and suicides— we have yet to witness the political will or courage to do anything to stanch the bleeding.

In 2013 alone there were more than 11,000 homicides and nearly 22,000 suicides committed with guns. Those are just the dead. More than 84,000 people were injured by gunfire, many of them left with catastrophic and debilitating injuries.

The vast costs of gun violence can be tallied in more than just physical injury and death, casting a long shadow of emotional and psychological trauma experienced by those repeatedly exposed to it— whether they are physical victims or not. There are also great financial costs, both direct and indirect dollar amounts that figure to the tune of upward of $200 billion a year, according to both the University of Chicago Crime Lab and the Pacific Institute for Research and Evaluation.

Yet, even as the blood and bullets continue to flow through our streets, Congress (and many state legislatures) has failed to pass a single piece of legislation for robust gun-control. Not for bolstered background checks for gun sales, despite polling that shows a wide majority of Americans, including gun owners, support. Nor for stricter state-level reforms that have led to major drops in gun-violence in states that have adopted such measures. This, despite the reality that the data is striking on that point. States with looser gun laws experience higher rates of gun death rates. Period.

Congress has virtually barred the Center for Disease Control from engaging in the kind of research into gun violence that we offer into other major killers of Americans like car accidents and all manner of cancer, by starving it of funding dedicated to studying it.

It’s as if we’re living in a sort of Twilight Zone of political theater that has made keeping a check on America’s lust for guns, and the violence they bear, virtually impossible.

But perhaps, in the first few days of 2016, we exited stage left.

This week, the Obama administration overcame political daggers and posturing to present a series of executive actions that some in the anti-gun violence community say are the biggest strides since the passing of the Brady Bill more than two decades ago.

President Obama announced a series of executive actions that the White House has billed as the president’s best efforts in the face of an unmovable Congress.

The president’s executive actions, which differ from executive orders which become law upon signing, include a 10-point plan aimed at keeping guns from people who shouldn’t have them. The plan includes hiring 230 new FBI examiners to process background checks, making the national background check system a 24-hour, 7-day-a-week operation. There’s also a request for $500 million in congressional funding for mental health care, and new direction for federal agencies to expand their research into smart gun technology.

But the heart of the new guidelines is a clarification as to who is “engaged in the business” of selling guns and thus, who is required to get a federal license and conduct a background check for all gun sales. That effort is aimed at the so-called “gun show loophole,” which allows people who sell from their “private collections” to sell guns without a license or a background check. That loophole has allowed gun traffickers and people supplying guns for all types of nefarious purposes unfettered distribution, all out of the purview of federal authorities.

The new guidelines, then, offer new scrutiny over those who sell a volume of weapons but don’t operate out of a brick and mortar store—that is, over people who sell their “private collections” at gun shows and internet gun sellers. In a recent report by the anti-gun violence group Everytown for Gun Safety, just a handful of unlicensed high-volume gun sellers on the largest online market for unlicensed gun sales, Armslist.com, posted more than 30,000 gun ads — all without the requirement of a background check or other safeguards required by licensed dealers.

While the administration allows that the new guidance does not directly upend the universe of gun violence, these are steps in the right direction.

With tears rolling down his cheek, President Obama, in his announcement, made an emotional plea to the nation to stand up against the all-powerful gun lobby and the politicians situated in their deep pockets.

“The gun lobby may be holding Congress hostage right now but they can’t hold America hostage. We do not have to accept that carnage is the price of freedom,” Obama said from the East Room of the White House on Tuesday. “Congress still needs to act. The folks in this room will not rest until Congress does.

“The reason Congress blocks laws is because they want to win elections,” he said. “If you make it hard for them to win an election if they block those laws, they’ll change course, I promise.”

Flanked by victims of gun violence and the families of loved ones who’ve been taken by guns and bullets, Obama was visibly shaken. He referenced the 20 young children slaughtered at Sandy Hook Elementary. And with his voice at times halting with emotion, he recalled the heroic recent death of a Tennessee teen who took a bullet to the head after leaping between a hail of bullets and three young female friends.

Obama talked about the 30,000 or so lives typically lost each year to guns, noting those killed each day on the streets of his hometown of Chicago.

“Every time I think about those kids it gets me mad,” he said of the children of Sandy Hook Elementary. “And by the way, it happens on the streets of Chicago every day.”

The rare show of emotion by the president may have moved some hearts already wrenching under the weight of the unending drumbeat of gun violence in our country. Yet, the response from Obama’s detractors was expectedly vitriolic.

Jeb Bush said he will “fight as hard as I can against any effort by this president, or by any liberal that wants to take away people’s rights that are embedded in the Bill of Rights, embedded in our Constitution. Sen. Ted Cruz saying if he becomes president he’d wipe out the plan, said, “If you live by the pen you die by the pen, and my pen has got an eraser.”

And the National Rifle Association, in a bit of snark, jabbed at the proposal in an interview with the New York Times.

“This is it, really?” Jennifer Baker, the NRA’s director of public affairs, told The New York Times. “This is what they’ve been hyping for how long now? This is the proposal they’ve spent seven years putting together? They’re not really doing anything.”

In a perverted kind of way, the NRA spokeswoman is right. Unfortunately, without the support of Congress and strong action by it, these measures will not have a tremendous impact on gun violence or access to guns by violent people. But the hoping, hand-wringing and talk go far beyond the presidency of Barack Obama. It’s a bi-partisan burden that has left America holding the bag— the body bag.

Each day in America, about 92 people die by the gun. They’re dying in church houses and schoolhouses, street corners and the movie theaters. We are living, and they are dying, by the gun. Unlike Cruz’s pen, it does not have an eraser. And we should all be mad that there is not more being done to stop the bleeding.

And then we should do more than be mad. We should do something about it.