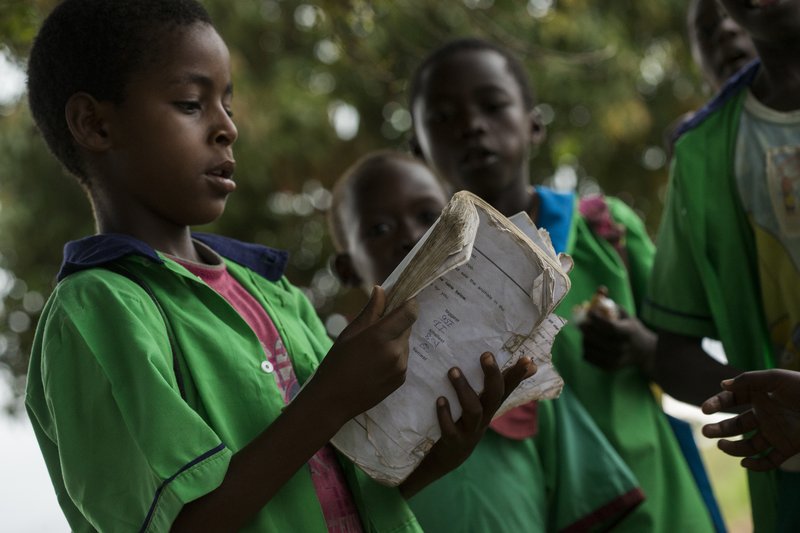 In South Sudan, a civil war has now entered its fourth year of tearing open ethnic divisions and displacing millions. Since its onset in 2013, the conflict has threatened to pave a path to genocide and has led to the mass rape of countless women. Journalists covering the conflict—and the often unsuccessful peace negotiations seeking to extinguish it—frequently highlight the use of sexual violence as a weapon of war in South Sudan. Yet the discussion about sexual violence and conflict often stops there, and observers may have little idea about the circumstances of South Sudanese women otherwise: What are women’s responses to sexual violence when it occurs? Why is it considered such a potent weapon by both sides of the conflict? What other obstacles might women currently face in South Sudan, and why might these be ignored by Western journalists and media—at the expense of our own pursuit of justice?

These are questions I’m looking to answer. According to media analyses, including New America’s Global Gender Parity Initiative’s “A Guide to Talking Gender in the US Security Establishment,” within US coverage of South Sudan, women are often presented exclusively as victims of gang rapes and other forms of sexual violence. Further, media give little opportunity for these women to speak about events firsthand—journalists and aid workers often speak on their behalf. All of this should prod us to dig a bit deeper to understand US media’s difficulty with imagining diverse representations of women in conflict zones.

This isn’t to say that pervasive sexual violence isn’t a horrific reality in South Sudan. In July 2016, at the height of war, reports of mass rapes in Juba and the failure of aid workers to properly respond were ubiquitous. Moreover, the brutality of the rapes, something that journalists have often discussed at length, are critical to understanding these women’s experiences and the nature of the current conflict. Those working to end violence in South Sudan are right to highlight that sexual violence is an underreported topic that must be addressed if we hope for any level of peace.

Still, there’s a lingering concern about the one-dimensional representation of South Sudanese women in US media: What is often reported is not the whole story, and we commit a significant injustice to these women and our ideals of true equality if we assume that it is.

So how can we expand this narrative?

In a country where public protests are scant and mostly performed by male citizens, women may wield enormous power in activities such as prayer parades: gatherings in which women pray and march for several blocks in protest of conflict. According to a protection advisor to an international organization based in the country who asked to remain anonymous, such activities denote women’s peaceful approaches to being informally involved in politics.

Moreover, while women’s formal participation in government and politics may be limited, the advisor identified women as being extremely outspoken within the home and incredibly resilient in the wake of the current conflict. She described never seeing women sitting or resting; rather, their time is often spent almost exclusively working or caring for people in the home, even when their spouses engage in leisurely activities. Even when women are unable to participate formally in political processes, their labor and activism thus remain vital to realizing a peaceful future in South Sudan.

This notion—that women possess unique and critical perspectives when it comes to conflict and peace—is fundamental to contemporary efforts to promote women’s involvement in peace and security contexts internationally. Last month, women from two Sudanese tribes gathered for the Open Day for Women, Peace, and Security, reviving the conviction originally communicated by UN Resolution 1325 that women’s voices are essential to peace efforts worldwide. And social science research has pointed out how women’s meaningful inclusion in peace negotiations ramps up the odds of successfully reaching an agreement.

Should journalists committed to this mission seek to evoke more varied representations of women in South Sudan, they may wish to report on similar events that demonstrate the many ways women wield power and promote peace in contentious circumstances. They may also wish to give attention to other obstacles these women currently face and how they often respond. As a result of the current conflict, families are often broken up unexpectedly, and mothers and fathers may pass away with little warning. This has forced many women to assume greater responsibilities in the home, or even take up gender roles different from the ones traditionally assigned to women. The advisor I spoke to, for instance, noted that as a result of these events, women often perform most or all domestic labor, including activities we may assume to be within a man’s domain, such as visiting the market or collecting firewood.

In February, the United Nations declared famine in South Sudan, with at least 100,000 people on the brink of starvation. Such a crisis can lead to the sidelining of issues of gender and agency. Nonetheless, if we are to remain committed to elevating women’s roles in peace and security, we ought to consider women’s critical responses to the current famine, in addition to their role in combating sexual violence, and what their efforts can—and so often do—mean for peace in South Sudan in the broadest sense.