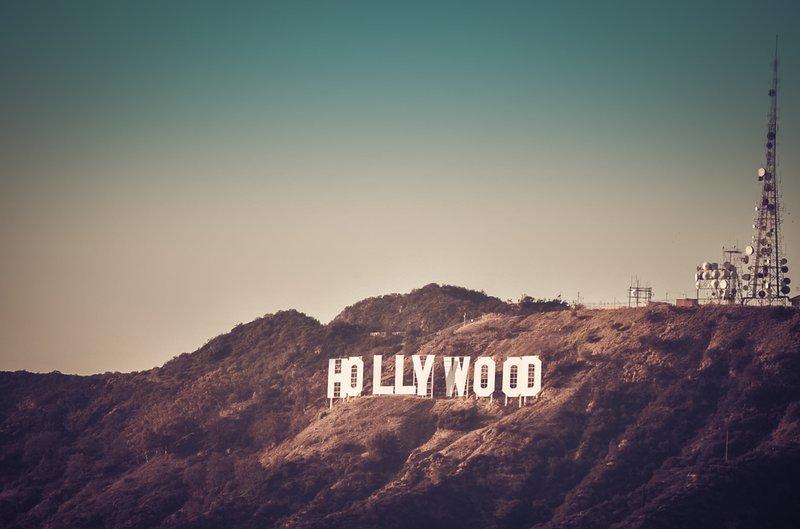 Donald Trump just nailed his New York audition to be President of the United States. But before he gets a call back, he must first face his toughest critics yet: Hollywood.

The celebrity candidate has been slow to start rehearsing in the Golden State, which holds the keys to 14 percent of the total 1,237 delegates needed to secure the nomination.

Why? Maybe it’s because he can’t find the right agent. Just last week he hired a California state director who he had never met. Or maybe he is afraid of rejection. The mayor of liberal West Hollywood made it clear that Trump is not welcome in her city.

More likely, it is because Trump campaigning in California is the equivalent to doing Shakespeare at a Fetty Wap concert or singing in Spanish at Coachella—the audience just isn’t picking up what you are putting down. Except that, in California, a certain, possibly starstruck portion of the electorate is.

Since the day that he announced his candidacy, Trump has offended large swaths of voters by calling Mexican immigrants rapists and suggesting that women who get abortions should be punished. California is home to about 15 million Latinos, slightly more than the number of whites in the state and far more than any other state in the union. As a result of the hold on Deferred Action for Parents of Americans and Lawful Permanent Residents (DAPA), in combination with increasingly anti-immigrant rhetoric from the Republican Party, there has been an uptick in the number of people applying for naturalization and becoming eligible to vote.

Surprisingly, Trump’s incendiary comments haven’t dissuaded California Republicans from saying that they will vote for him. According to a recent Field Poll, Trump is leading in California with 39 percent of likely Republican voters. Interestingly, voters who supported Schwarzenegger in 2003 are almost three times more likely to support Trump in the June 7 primary.

Many have tried to draw a parallel between Trump and Schwarzenegger. The two stars seemingly traded trajectories after NBC cut ties with Trump as host of “Celebrity Apprentice” and replaced him with former California Governor Arnold Schwarzenegger. California Republican voters and reality TV fans alike are still waiting to see if the two celebrities flourish or flop in their new roles. So far, all signs look good for Trump.

But while it would be easy to assume that Republican voters are attracted to Trump for the same reasons that they supported Schwarzenegger, the reality is they share very little common ground, both on policy and approach.

From Reagan to Schwarzenegger, there is something alluring about a political candidate with a Hollywood Star, at least to California Republicans.

For one, Schwarzenegger already endorsed Trump’s opponent John Kasich, with whom he has a close relationship. And while both candidates entered their respective races as political novices, Schwarzenegger is said to have prepared for office the same way he prepared for the Mr. Universe competition: with many hours of intense and focused training. Trump has taken a different approach, expressing less interest in debating policy and more interest in hosting pep rallies.

So what is it about celebrity candidates that Republican voters just can’t get enough of?

Dan Schnur, director of the University of Southern California’s Jesse M. Unruth Institute of Politics, who was appointed by Governor Schwarzenegger to Chair California’s Fair Political Practices Commission, argues that “Trump and Schwarzenegger are both uncommon candidates, but in dramatically different ways.” But while they may disagree on policy, they speak to voters who are “disdainful of politics and looking for an outsider candidate.”

From Reagan to Schwarzenegger, there is something alluring about a political candidate with a Hollywood Star, at least to California Republicans. Trump’s “New York values” may not translate to the West Coast, but his brand of audacious celebrity certainly does. In California, lack of interest in politics, elections, or candidates accounts for 24 percent of the almost 7 million Californians who are not registered to vote and 36 percent of voters who are registered but do not always cast a ballot, and that just might make the difference. If there is one thing that everyone agrees upon this election cycle it is undoubtedly that Trump is an interesting candidate.

If we were to judge candidates by their Twitter following, Trump would have a 7 to 1 lead over the runner up, Ted Cruz. But if the political process was nothing more than a popularity contest, Justin Bieber would be President. Flashy tactics and sensational speeches might work in the primary, but in a general election the candidate who can give the most polished performance is likely to win the day.

For the primary voter looking for a breakout star with the ability to shake up the establishment, Hollywood looks way more attractive than Washington.