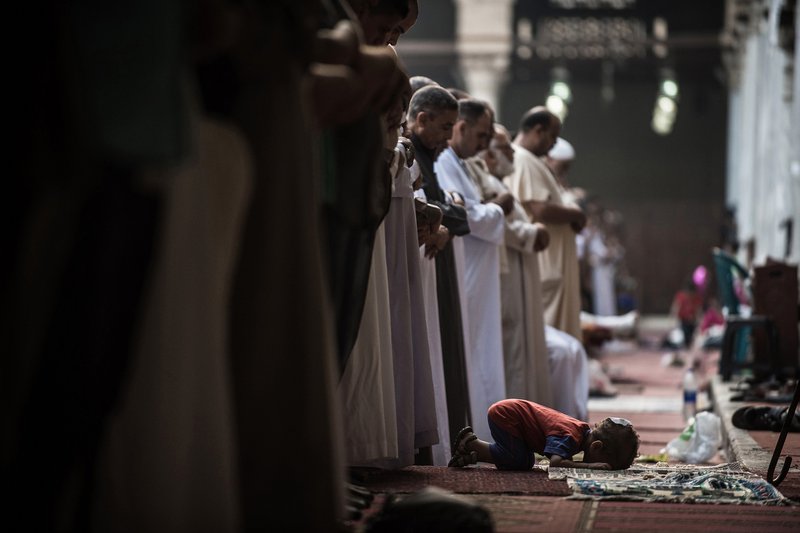 The next President of the United States may be dealing with a diminished ISIS (the Islamic State in Iraq and Syria). However, he will still have to think long and hard about how to approach the sensitive issue of Islam and its place in the public sphere. More often than not, this subject is simplified by putting Muslims into one of two camps: good Islam and bad Islam. Violent extremism, we’re told, drives the latter while “moderate” attitudes supposedly define the former. But such framing misses the point, especially when the conversation turns to violence in many Middle Eastern Muslim-majority countries. There is, in fact, a war that goes above and beyond various sects and interpretations of Islam. This war is between two paradigms that are in an existential struggle to become the way of life. They each have their networks, which the West could support and amplify—or disrupt and destroy.

The old paradigm—represented in authoritarianism, theocracy and patriarchy—stands in contrast to the new, whose leaders and activists are essentially working to birth the secular age in Muslim-majority countries and communities. A generation eager to unleash its creativity to tackle regional and global challenges champions the new paradigm. By contrast, the partisans of the old system want to stop change at all costs, leading with violence and intimidation. The guardians of the old paradigm claim to want to dictate Allah’s will on people. They pretend to be altruistic, sacrificing themselves for Allah. They shout Allahu Akbar (God is the greatest) as they kill, maim, and violate the rights of other people. They are the guardians of hierarchy, and they use religion as an excuse to control and silence dissent.

The new paradigm, by contrast, aims to separate religion from politics. Its partisans place the rights and freedoms of humans, not of God, at the center. They work to redraw the map according to relationships among families and citizens alike, moving from a vertical model to a horizontal one, thereby ensuring more equality and accountability. A generation of Arabs and Muslims are attempting to build this paradigm on the very foundations that have helped create liberal democracies in the West. When Wael Ghunaim, the Egyptian Google executive, started the Facebook page that ignited the Egyptian revolution, “We Are All Khaled Said,” it was not in defense of good Islam against bad Islam. It was a call to privilege citizenship, human rights, accountability, and the rule of law—values that were not nearly as prominent before the rise of modernity. He is a Muslim—and perhaps by some people’s standards a “good” Muslim—but that is not the point. His page, which got over 4 million followers, was about having different way of being a modern citizen. Likewise, when Bassem Yousef, Egypt’s celebrated Jon Stewart, created his satire and equally mocked the army and the Muslim brotherhood, it was not about good versus bad Islam, it was about creating different values to govern people and governments alike.

In all of the Muslim-majority countries in the Arab world, except for Tunisia, the old order still prevails. For example, Sharia law governs what is called personal status law or family law. Practically speaking, this means that nearly every aspect of an individual’s life is governed by the standards of seventh-century-Arabia. Sharia law from ancient times still structures marriage, inheritance, divorce, family norms, obedience to elders, women’s agency, and so on. Religion is an important part of the old paradigm because it is a readily available tool to silence political dissenters and others pushing for reform. Many reformers have been jailed in the name of “insulting Islam,” even if they are pious Muslims. In fact, you are not likely to meet any reformer or a creative person who is not haunted by this charge. While the list is too long, one latest example of such accusation is Islam al-Beheiry, a young Egyptian scholar who called for reforming Islamic thought to remove violence from religious curricula all over the country. One may think that attempts to end calls for violence are a good thing, but in a country that does not welcome critical thought or reform at any level, they can be punishable.

The West should revisit its history to remember its own decades of religious wars prior to birthing its secular age. We should not be asking what constitutes “good” Islam and what constitutes “bad” Islam. Nor are we in a position to decide for people what is good Islam, let alone to choose which sides to empower. Let people decide their individual faiths, because faith is innately individual. We can, however, strive to help people freely choose their version of faith and hold those in power accountable, while protecting their rights to think and speak without restriction. Such values can never exist under an extremist or authoritarian regime.

We have a great example in the U.S. Secularism does not mean that that people are not allowed to be religious. Quite the opposite. The U.S. is a rather conservative and religious place. What secularism does mean is that no one can force his or her interpretation of Christianity on another. Moreover, it also means that no poet is imprisoned or executed by the state for the spoken word. The majority of Muslims do not have that right. They are at the mercy of someone’s interpretation of the word of God.