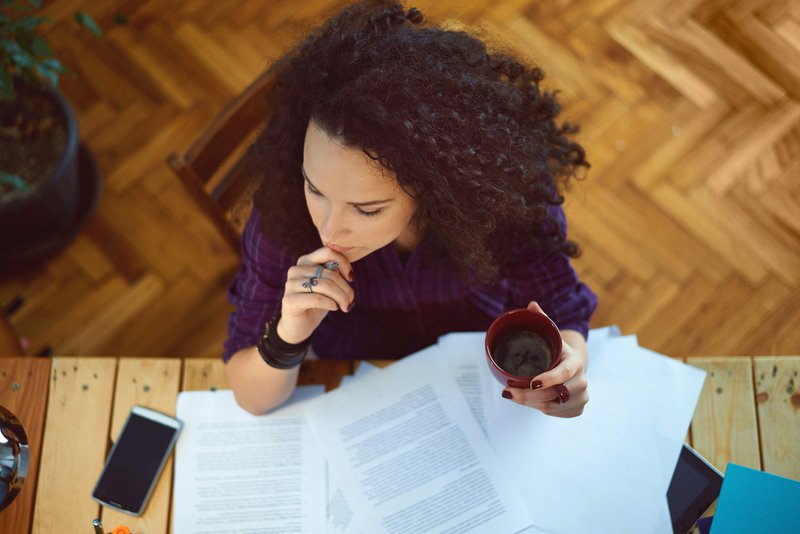 Iris Bohnet believes that equality is important. So important that it can’t be left up to people.

Leveraging findings from the collective fields of psychology, economics, sociology, and design thinking, in What Works: Gender Equality by Design, Iris Bohnet outlines strategies to de-bias organizational structures. The essential argument is this: Everyone is biased. Organizations are easier and cheaper to alter than people, who are slow to change. And, most importantly, we must make equality easy—an automatic default in how we lead in our lives. In some cases, it is a matter of life or death.

Equality, says Bohnet, should be as easy to comply with as automatic lights in hotel rooms. By connecting lighting with your keycard, no one has to think about turning off the lights, and automatic energy saving becomes the norm. Behavioral economists such as Iris test strategies for how to create a more equal status quo, and feedback loops so that social norms can change over time, eventually modifying people along with them. Bohnet cites one example of an intervention in India to reduce gendercide, or the mass phenomenon of sex-selective abortion and neglect of girls under five years. Rob Jensen, development economist, ran a field experiment offering Indian women training to work in call centers. Jensen questioned: Does economic opportunity for women translate into whether women work, and does it impact how parents treat their daughters? Over ten years, the survival chances, BMI, years of schooling, and age of childbearing increased significantly for girls who participated in the study.

It sounds great: We can make equality easy by focusing on changing organizational methods, not minds. Yet as seductive as her fixes sound, Iris and others admit that design is no silver bullet. Which raises the question: If we only focus on what we can measure, or micro changes, are we allowing a larger, more unequal system to flourish? How can we address people and situations where there is a total lack of organizational structures from which to change? The largest and fastest growing sectors aren't traditional workplaces, with human resources departments, salaries, or benefits that directly impact equality, like paid leave. So how can we affect equality—gender, racial, or otherwise—without making life better for some and systematically worse for others?

Early contributors to the field of design thinking, namely Horst Rittel and Richard Buchanan, highlighted "wicked problems," or situations in which a single problem, and thus solution, are hard, if not impossible, to identify. Unlike in the hotel room electricity case, there are multiple explanations and solutions to addressing the complexity of poverty or gender and racial inequality. For example, by focusing on improving Google's work-life policies, we may ignore the needs of the larger body of janitors, caregivers, or retail workers who make it possible for Google to exist in the first place.

Josh Wright of Ideas42 offers one explanation from behavioral science for how to deconstruct such “wicked” problems. He sees problems as operating on a spectrum from the structural to the behavioral. For example, the ability to vote is structural: whether a person is capable is determined by certain eligibility criteria such as age, not by behavior. Once a person is granted the right to vote, there are behavioral interventions—as prescribed by Iris Bohnet—that can encourage people to exercise their rights. Ideally, government should eliminate the behavioral hassles that prevent people from voting or otherwise participating in federal, state, or local democracy.

When thinking about more wicked problems that operate both structurally and behaviorally, the solutions are more complex. Structurally, it’s illegal to discriminate against people based on race, gender, etc. However, it’s obvious that just because discrimination is illegal (de jure), doesn’t mean explicit or implicit discrimination doesn’t occur (de facto). The role of Chair Jenny Yang of the Equal Employment Opportunity Commission is to enforce said discrimination. Yet the line between the structural and the behavioral is blurry: What is the process by which someone reports discrimination to the authorities? Does our legal structure make it easy to report? What are the social norms around reporting? Do people pay a penalty—from their government, employer, or community—for addressing discrimination?

To answer these questions, government and business must think about operating across two planes. First, what are the prevailing structural barriers to human wellbeing and full participation in society? For example, since poverty reduces the cognitive bandwidth of people to make good decisions, social policies should ensure minimum human well-being. Not uncontroversially, this is what designers refer to as designing for extremes, or for philosophers, a Rawlsian perspective: If we design solutions for the most marginalized people, we all benefit. The creator of OXO products famously struggled to find appliances his arthritic wife could easily grip. The end results were kitchenwares designed to be comfortable and accessible to all. In terms of government policy, this may take the form of a universal basic income, affordable housing and food options, or criminal justice reform.

Finally, as we implement these policies, how can we make it easy for equality to become the norm? Bohnet would say by creating a system within that structure in which we can push and trick ourselves to overcome our unconscious biases. In other words: by design.