And Now for Some Good News about America 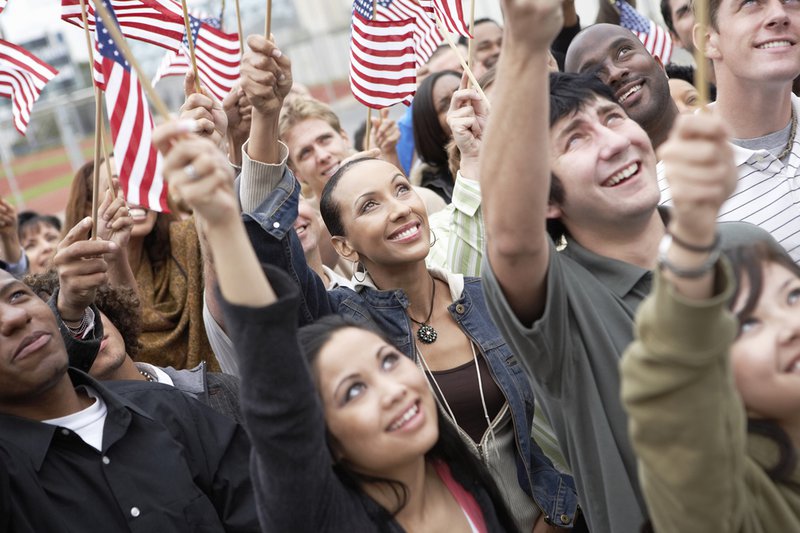 I am tired of reading survey after survey about how much people distrust government. Aren’t you? Wouldn’t it be nice if there were at least something out there that challenged this almost-set-in-stone notion that people are convinced that the government doesn’t work for them?

Well, dear, agreeable reader, I am the bearer of good news: There is. This is an article about policy-making and civic engagement. It’s about effective policy-making. And it’s about what happens when people find themselves in an environment where their opinion matters.

American democracy is not doomed. In fact, real democratic reforms are changing things in the U.S. Real policy-making is taking place in thousands of cities all across the U.S., through bold, innovative experiments that enable public officials to make sound decisions that reflect the needs of the people. And you know who the main actors of change are? You. Me. People all across America.

But before I go on to tell you how forms of active and mobilized citizenship are making a difference all across America, let me take you back to Italy in 1970, to an experiment that took place over four decades ago, that you may see how civil society can make or break democracies. (“But you promised me an uplifting article about America!” It is still to come. Bear with me.)

In 1970, Italy went through a process of institutional decentralization, finally introducing a phase of devolution that the 1948 republican constitution had outlined but not upheld. The devolution process created local governments in its twenty regions by giving them policy-making power. This meant that the regions, the legal and institutional structures in which were all similar—and the people in them—could govern themselves without the central government’s stamp of approval. Robert Putnam, a professor of government at Harvard, saw this as an opportunity to study the new state governments’ performances, and see how far (and in what direction) self-governance could go. After two decades of studying the regions, Putnam saw a pattern: Italian state governments in the North outperformed ones in the South.

The clear contrast in performance, Putnam explained, was a direct result of the hierarchy of relationships to which the people in those regions had grown accustomed, dating back to the 1100s: While the Normans established an autocratic and centralized regime in the South, it instituted autonomous republics in the North. So, while the South was highly hierarchical, with those at the bottom of the social ladder dependent on the patronage of landowners and officials rather than on each other, the North’s autonomy meant that people in the region had to rely on others. They had to trust each other, for without their neighbor’s help, they would not survive. Guilds and credit associations emerged, creating horizontal bonds (citizens’ reliance on citizens). As time went by, a strong tradition of civic engagement developed in the North, with effects that lasted well into the 1970s, when people were once again asked to take a more active role in their own governance.

Through empirical evidence, Putnam was able to prove that democracies were directly impacted by the presence of a vibrant and engaged civic community, fostered by norms of reciprocity and trustworthiness, Putnam showed that the trust and horizontal bonds were what gave people in these local governments a sense of power, or political efficacy. Civic virtue—a phrase that here refers to the tendency to form small-scale associations that, in turn, lead to a favorable environment for political and economic development—was the deciding factor in whether or not democratic institutions thrived.

So, what does 1970s Northern Italy have to do with modern America? And how do horizontal bonds and political efficacy come together to make for better democracy in the U.S. today?

Last week, during a panel discussion at New America, Hollie Russon-Gilman launched her new book: Democracy Reinvented: Participatory Budgeting and Civic Innovation in America, in which she challenges the claim that people don’t care about politics, or that there is nothing they can do to make things better. In a conversation centered on the very topic of civic engagement, trust in government, and also trust in our fellow countrymen, Russon-Gilman talked about transformative deliberative democracy experiments that are fostering civil discourse, bridging the gap between the government and the public, and facilitating an active role for citizens to act on the problems they face in daily life.

Russon-Gilman’s book focuses on Participatory Budgeting (PB), which began in the city of Porto Alegre, Brazil in 1989 and made its way to the U.S. in 2009. PB is a process through in which the population, through debate and consultation, decides where and when investments ought to take place, what the priorities are, and how their community should go about allocating discretionary capital funds.

And while some of us might be scared of American’s capacity for self-governance, this has been a huge success. Since 1989, PB has spread to over 1,500 cities in Latin America, North America, Asia, Africa, and Europe. PB has been used in Toronto, Montreal, Guelph, Chicago, New York City, and Vallejo, California. And PB works, and it works well: According to a study by Brian Wampler and Mike Touchton, PB’s influence strengthens over time, which indicates that its benefits do not merely result from governments making easy policy changes. It shows that citizens can do a good job of deliberating on substantive issues, such as how financial resources should be used by their municipal administrations.

Russon-Gilman was joined by John Gastil and Carolyn J. Lukensmeyer, both of whom have been thinking about ways to reengage citizens, increase participation, and improve their sense of efficacy. For them, the future of democracy does not look so bleak. And not only because of the promise of participatory budgeting. The Citizens Initiative Review (CIR) project, which was adopted into Oregon Law during the 2011 session of the Oregon Legislature, brings together “a panel of randomly-selected and demographically-balanced voters...from across the state to fairly evaluate a ballot measure. The panel hears directly from advocates for and against the measure and calls upon policy experts during the multi-day public review.” CIR is an advisory to one’s fellow citizens, who are then decision-makers. It’s neighbors talking to one another and guiding each other’s choices.

The key to success, Lukensmeyer argued, was that these deliberative democracy experiments are more than just advice. People don’t go through the (sometimes extremely tiring and potentially frustrating) motions—the process of convening with their neighbors for hours, and sometimes days—for nothing. What they decide is put into place. And the effects of this sense of real power cannot be overstated. It is this real experience of and with democracy that changes people’s perceptions of government, from a corrupt and hopeless institution, to one that has its flaws but is not completely doomed. When they participate and realize that what they are saying makes a concrete difference, while getting an insider’s perspective of how things work, they realize that putting together a budget, or voting on a ballot measure, is tough. They’re more likely to understand, and, in turn, have faith in, the messy but ultimately meaningful work of democracy.

When Rousseau (one of the chief ideologues of the French Revolution as early as 1790, whose theory on the role of government was central to the design of our very own government here in the U.S.) explained what it meant to be part of a polity, he made it clear that “this act of association instantly replaces the individual-person status of each contracting party by a moral and collective body, composed of ...many members ...and receiving from this act its unity, its common identity, its life and its will. This public person that is formed by the union of all the other persons… these days is called a ‘republic’ or a ‘body politic’.”

And it is this social contract that we have all entered into as members of a polity that makes democracy so exciting. We get to have a say in how things operate. And we also get to inform one another. The more we eliminate (or at least try to diminish) the disconnect between the government and the public, the better citizens can assist policymakers in their job of making decisions in meaningful ways. Participatory institutions are one way to do that. They enhance governance, citizens’ empowerment, and the quality of democracy.

In fact, despite plummeting levels of confidence in government, Gastil and Lukensmeyer see a new trend of people wanting to be part of the solution. And yes, people might not have the time to stay up-to-date on government affairs at all times; they might not always care. But when they do, and when they believe that there is real skin the in the game, and get to interact with the government in a substantial way, as Russon-Gilman explains, things change. But how can we give people that extra push that will make them care about what goes on in their community? How can we re-engage citizens, and reduce the barriers to entry so that more people participate in those deliberation town hall meetings?

For Lukensmeyer, it comes down to remembering that humans are social beings. We respond to the structures and signals in which we exist. Our response to a certain issue largely depends on how that issue is framed, who is in the room with us when we have that conversation, and to what extent we can manage to keep a civil discourse regardless of likeness of opinion. These are not easy things to achieve.

We need institutional support and political will that will foster environments in which deliberative democracy experiments can flourish. We need people who believe that citizens want and are able to take an active role in decision-making in their communities. We need policy entrepreneurs: politicians who are forces for positive, general-interest policy change and, most importantly, are not afraid to try new things. We need to make institutional choices that produce better form of governance that creates a system that is open and fluid. (My colleague Lee Drutman has a few suggestions on how we can do that.) The goal is to strengthen the capacity of citizens to do what they need to do, through strong, credible, and legitimate institutions.

But we also need to recognize that citizens and political elites have different roles to play, weaknesses, and strengths. We need to stop fetishizing leadership; we need to get up from the couch and go to our city hall meetings; we need to talk to our neighbors; and we need to start carrying our own weight in governing ourselves. John Adams, in a letter to a friend, recognized that the glorification of leadership was a hindrance to democratic progress: “The country won’t improve,” he said, “until the people begin to “consider themselves as the fountain of power.”

Deliberative democracy puts governance in the hands of people, while also fulfilling other democratic ideals such as equality and equity, by including in the process those who otherwise would not be part of it (think of all those disenfranchised voters, who now have another way of having their voices heard). The better the quality of the deliberation that informs citizens and their representatives, the more legitimate a democracy is. We can reimagine and reinvent the town hall meeting through deliberation experiments. We can, at the very least, say that, if we’re tired of hearing that America is broken, we ourselves can start talking about how to fix it.