Make Friends With Your Fear 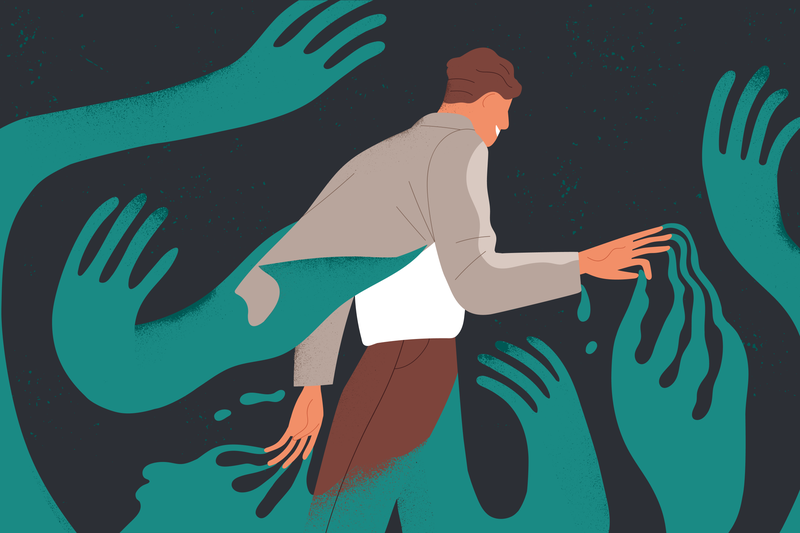 In the days after September 11, 2001, media coverage was full of young people reflecting a sense of shattered safety — that they had been promised, by their parents and the culture around them, that “nothing like this would ever happen to us.”

“What terrible parenting,” I thought. Did they not know about the AIDS epidemic? By my early 30s I’d had a beloved friend die of cancer and a college classmate drop dead from a peanut allergy. I knew too, though I couldn’t have used these words, that plenty of Americans lived lives in which death and tragedy were constant companions. I was well aware of the horrors of war, or so I thought; I’d worked on and traveled near the African conflicts of the 1990s. And I’d been part of diplomatic delegations that worked late into the night to craft agreements to end the Balkan wars, only to wake and learn of fresh atrocities that had taken place while we were sleeping.

It turns out, though, that those students understood something about our country that I had not.

The historian Peter Stearns makes a strong case that much of twentieth-century American culture is aimed at not just addressing the bad things that cause fear, but also eliminating fear itself.

Sure, it sounds great to live free of fear. But fear can be an enormously useful part of our mental makeup. Fear helped our ancestors live alongside deep rushing water, fire, plague, and wild animals. Fear is appropriate, too, of speeding traffic, strong chemicals, and weapons of mass destruction.

But in the second half of the twentieth century — perhaps because we lived under the shadow of nuclear annihilation, perhaps because our material conditions seemed to be outstripping poverty and disease, or perhaps because we believed we had looked evil in the face and defeated it in Nazi Germany — American culture moved toward the idea that eliminating fear itself was a reasonable aim. The group rituals for self-scarring and countering fear that Stearns describes carry with them a side effect: that anything or anyone that causes fear places itself outside the community, or even the realm of the human.

Consider the intense anxiety among today’s hovering “helicopter” parents, who seek to avoid exposing their kids to risk, independence, and failure — even as today’s children are less likely to be victims of crime and disease than previous generations.

Some of the same kind of helicoptering underlies much of post-9/11 U.S. safety and security policy — or maybe we should call it droning, after the remotely-piloted aircraft that surveil communities from Somalia to Afghanistan for hours before launching a missile attack.

However, just pointing that out to Americans failed to assuage our fears. Americans decided by 2014 that the war in Afghanistan had not been worth the cost, but they remained ready to support military strikes wherever terrorism reared its head. Given American history, fear gets easily and explosively mingled with race and foreignness. We have now codified a category of warfare in which young men overseas can be legally targeted for little more than being young men in the vicinity of an extremist group. The idea that no expense, even that of human lives, is too great to protect Americans has led to dozens, probably hundreds of errors like the strike that killed an aid worker and seven children in Kabul during the U.S. withdrawal.

Sure, it sounds great to live free of fear. But fear can be an enormously useful part of our mental makeup.

I’ve followed national security policy all the years since 9/11, whether authoring studies or advising candidates, so I suppose I — like you, reader, resident, and voter — bear some collective responsibility for this state of affairs. In that time I’ve become a parent, and I’m now uncomfortably aware of how far we parents will go to push fear away — and how easily we will push away people, even other children, who remind us of our own vulnerability to illness, disability, and misfortune.

My son traveled abroad this summer, and I worried almost interchangeably about terrorism, COVID-19, and bullying, stopping occasionally to laugh at myself.

It’s too much, at a moment when even our most basic democratic norms are up for debate, to expect the federal government to laugh at itself, or even shrug good-humoredly in the face of setbacks. But as we look around at a society where one in 500 Americans died of COVID-19, identity-based violence is on the rise, and life expectancy in decline, we urgently must understand that fear’s reign doesn’t end when you fire a gun. Nor does it end when you back away from a country, an issue, or a child. I wish that father from 2001 had told his child, and I hope to tell mine, that the luckiest people are the ones who learn to notice their fear and invite it along for the ride.

The Only Thing We Have to Fear Is Fear-Based Politics (New America Weekly, 2020): The illusion of social calm within contemporary American society is the norm, despite evidence to the contrary. This belief can cause intense public and political overreactions when dangerous events occur.

Embracing the “Good Fire” We Need for Change (New America Weekly, 2020): Wildfires, racism, and viruses have led to a global crisis of which only non-fear-based policy can extinguish. Rather than trying to deter systemically-rooted issues with temporary fixes, we must be brave enough to face them head-on.

Afraid? Of What?: Fear and the Rise of the Security-industrial Complex (Digital Impact and Governance Initiative, 2018): Even in the absence of any imminent danger, we often fail to put our fears into perspective. The influence of fear on the human psyche can be both debilitating and a major tool for political, or other, forms of control and power.