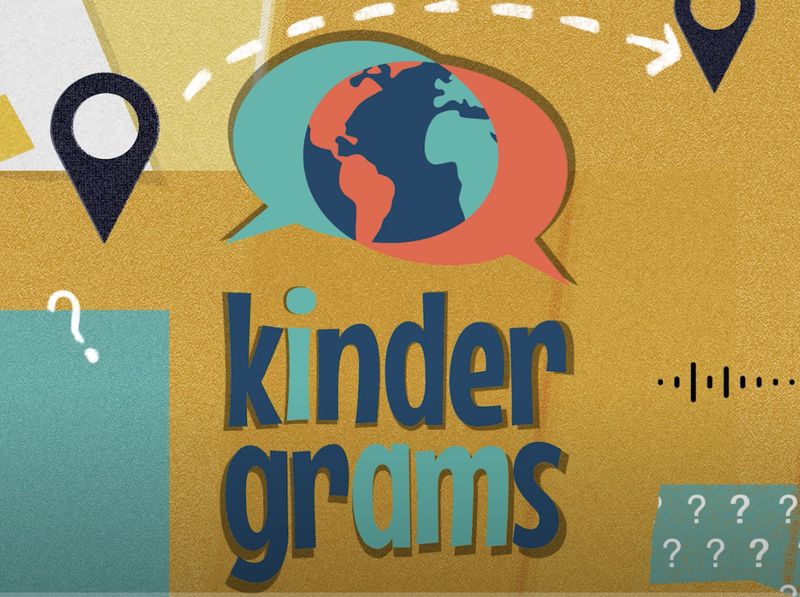 The Learning Sciences Exchange (LSX) is a two-year fellowship program that brings together experts from five sectors (journalism, entertainment, education policy, social entrepreneurship, and the science of learning) across multiple countries. In addition to learning about each other’s fields and sharing insights about their work, LSX fellows are matched up to form three groups, with members of each group working collaboratively to design research-based and innovative projects that advance children’s learning. This is one of those projects. For more, see www.learningsciencesexchange.org

Kids like to hear from other kids. Adult voices may not be quite as meaningless as the mwah-mwah-mwah heard by good ol’ Charlie Brown, but there is undoubtedly something captivating about the voices of children speaking about their world without adult interference.

The Kindergrams project builds on that realization. In the early days of designing their project, the LSX fellows were thinking about how to encourage children to ask questions of each other; soon that idea evolved into a multi-country project to collect and share audio clips from children around the world. “Kids ask a lot of questions, but those questions are not just about seeking information,” says LSX Fellow Medha Tare. “They are also looking for connection.”

The project invites parents and caregivers to capture their children’s voices, most of which can be recorded easily using their smartphones. Asking parents to record these clips, prompting their children with a few questions about their child’s identity, culture, and friendships, becomes “an opportunity for an adult to really sit and listen to how they respond,” says LSX Fellow Emmy O’Dwyer.

The group has set up an Instagram account so that parents can play the clips for their kids to hear the thoughts and feelings of other kids, and they are encouraged to send in audio clips from their own children to share. As LSX Fellow John Sessler points out, in addition to the joy of hearing children’s voices, sometimes in other languages, the project also helps caregivers model media literacy skills by encouraging coviewing and conversations about the topics in the Kindergrams.

The project team has worked with design and media experts to develop social-media “shareables” that provide a visual image to look at while listening, protecting children’s privacy while using captions and language translation. The team has also collaborated with Sparkler Learning to contribute children’s perspectives to their Global Citizen Map.

“We went all out to include as many languages as we could and children’s voices from as many countries as we could,” says LSX Fellow Lilian Ankewe. “That was one of our goals—to reflect geographic and cultural diversity.” This gives children a chance, O’Dwyer says, “to think about the things they have in common with someone in a completely different place who is their same age.”

Members of the team include Lilian Ankewe, Emmy O’Dwyer, John Sessler and Medha Tare. Early work on the project was contributed by Jakub Slawinski.

Hear their story in the video below and connect with them on Instagram at @kinder_grams to inspire questions and conversations with your child that build global understanding.